Austin Peay State University ( /piː/ ) is a public university in Clarksville, Tennessee. Standing on a site occupied by a succession of educational institutions since 1845, the precursor of the university was established in 1927 and named for then-sitting Governor Austin Peay, who is further honored with "Governors", the name of the university's athletic teams. Affiliated with the Tennessee Board of Regents, it is now governed by the Austin Peay State University Board of Trustees as of May 2017 [update] . The university is accredited by the Southern Association of Colleges and Schools (SACS) and, in 2012, was the fastest-growing university in Tennessee. [6] In 2019, Austin Peay officially hit 11,000 students enrolled.

Clarksville Masonic Lodge No. 89 sponsored the Montgomery County Male Academy. In 1845, the Masonic College was founded, and in 1848, the Montgomery County Male Academy merged with the Masonic College, taking the name of Montgomery Masonic College and Male Academy. This institution continued through 1855 when it was given to the Presbyterian Synod of Nashville to be operated by them as a male college and academy. The Presbyterians changed the name of the college to Stewart College, and later the name was changed again to Southwestern Presbyterian University. In 1925 Southwestern moved from Clarksville to Memphis, Tennessee, and is known today as Rhodes College.

In 1927, the Clarksville campus was chosen by the state as the site of the new Austin Peay Normal School, created as a two-year junior college and teacher-training institution by Act of the General Assembly and named in honor of sitting Governor Austin Peay. Located where Austin Peay State University now exists, the "normal school" continued the tradition of the site holding some type of an institution of higher learning longer than any in Tennessee west of Knoxville. Limited in purposes and resources, the Austin Peay Normal School gradually grew in stature over the years to take its place among the colleges and universities under the control of the State Board of Education.[ citation needed ]

The university began to grow rapidly in 2000, leading to an increase in enrollment of 52.4 percent from 2001 to 2010, making it the fastest growing state university in Tennessee. In Fall 2009, enrollment reached a record 10,188, surpassing the 10,000-student mark for the first time. Today, Austin Peay offers graduate and undergraduate programs to nearly 11,000 students, and the 2016 acquisition of more than 10 acres has expanded the campus deeper into downtown Clarksville. In 2016, the Tennessee General Assembly passed the FOCUS Act, changing the governance structure of higher education in Tennessee and calling for the establishment of an institutional Board of Trustees for Austin Peay and the other five universities previously governed by the Tennessee Board of Regents. On March 30, 2017, the University's inaugural Board of Trustees held its first meeting on the APSU campus.

In the early morning hours of January 22, 1999, an F-3 tornado struck downtown Clarksville and the APSU campus. No one was killed, but the Clement, Harned, Harvill and Archwood Buildings were severely damaged, while many others suffered broken windows and roof damage. Some 130 shattered trees littered the campus and added to the gloomy sight of shattered buildings.[ citation needed ] Administrators announced plans to resume classes within one week, and the university opened three days later. Many of the heavily damaged buildings were reopened within one year.[ citation needed ]

Academics at Austin Peay are organized into six colleges, two schools, and 28 subordinate departments and offices:

College of Arts and Letters

College of Behavioral and Health Sciences

The school's athletic teams, most of which compete in the Ohio Valley Conference (OVC), are known as the "Governors" in honor of the school's namesake. The school's popular cheer is, "Let's go, Peay!"

The football team had participated in the Pioneer Football League, but on April 8, 2005 announced that it was leaving the Pioneer League at the conclusion of the 2005 season and that the football program would rejoin the Ohio Valley Conference in 2007.

The basketball Govs and Lady Govs have a long tradition of excellence in the OVC.[ citation needed ] Coach Dave Loos has led Austin Peay to three NCAA tournament berths, on the way to becoming one of the most respected coaches in the conference,[ citation needed ] as well as its winningest[ clarification needed ] coach.[ citation needed ] Notable players such as Trenton Hassell and Bubba Wells continue to emerge from the program. In 1987, Austin Peay stunned Illinois in the first round 68–67, becoming just the third 14th-seeded team to knock off a No. 3 seed.

In July–August 2006, the Tennessee Titans had their first training camp on the campus. In 2019, the Austin Peay football team won the Ohio Valley Conference (OVC) as well as secured its first-ever FCS playoff berth. It hosted the first-round game vs Furman and won its first-ever FCS playoff game. Then it traveled to Sacramento State for the second round of playoffs, winning 42–28. Making it to the Quarterfinals FCS playoffs, ultimately losing to Montana State University 24–10 in what was a Historic Season for the Austin Peay Governors football team, finishing with an 11–4 record.

Tennessee Technological University is a public research university in Cookeville, Tennessee, United States. It was formerly known as Tennessee Polytechnic Institute (1915–1965), and before that as University of Dixie (1909–1915), the name under which it was founded as a private institution. Affiliated with the Tennessee Board of Regents, the university is governed by a board of trustees. It is classified among "R2: Doctoral Universities – High research activity". 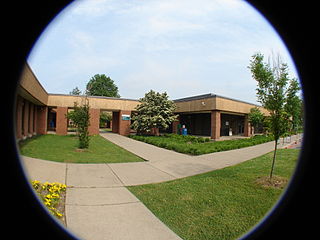 Nashville State Community College is a public community college in Nashville, Tennessee. It is operated by the Tennessee Board of Regents and shares a 109-acre (0.44 km2) campus with the Tennessee College of Applied Technology at Nashville. The Nashville State facilities include 239,000 square feet (22,200 m2) of space for classrooms, labs, offices, student services, and a library. Nashville State offers a wide array of programs and degrees including: degree and certificate studies, university parallel transfer programs, continuing education, adult education, MNPS's Middle College High School, Dual Enrollment and community service programs. 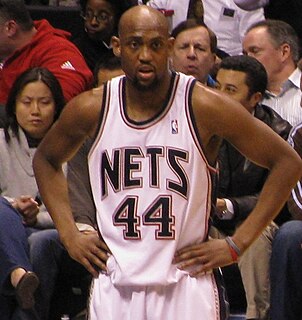 Trenton Lavar Hassell is an American former professional basketball forward. A 6'5", 210 lbs guard-forward, Hassell was selected by the Chicago Bulls with the first pick in the second round of the 2001 NBA Draft. 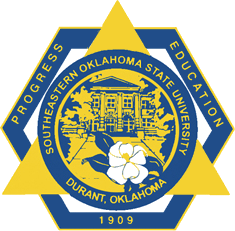 Southeastern Oklahoma State University is a public university in Durant, Oklahoma. It had an undergraduate enrollment of 4,824 in 2019.

Fortera Stadium in Clarksville, Tennessee. It opened in 1946 and is home to the Austin Peay Governors football team.

The Winfield Dunn Center is a 132,000-square-foot (12,300 m2) facility, located on the main campus of Austin Peay State University in Clarksville, Tennessee. Construction began on the (then) $5.3 million facility in 1973, and the building opened in 1975. It is home to the Governors men's basketball team and the Lady Govs women's basketball and volleyball teams and is an indoor practice facility for the baseball, softball, and track and field teams. It also houses the athletics department's weight room and the David P. Roe Academic Services Center which was named for alumnus Phil Roe. The building was named for the governor of Tennessee at the time of its construction.

The Austin Peay Governors basketball team is the men's basketball team that represents Austin Peay State University in Clarksville, Tennessee. The school's team currently competes in the Ohio Valley Conference. The team's most recent appearance in the NCAA Division I Men's Basketball Tournament to date was in 2016, making the field of 68 by virtue of having won the 2016 Ohio Valley Conference Men's Basketball Tournament. The Governors' head coach is Nate James.

Austin Peay was an American politician who served as Governor of Tennessee from 1923 to 1927. He was the state's first governor since the Civil War to win three consecutive terms, and the first to die in office. Prior to his election as governor, he served two terms in the Tennessee House of Representatives (1901–1905).

The Austin Peay Governors are the intercollegiate athletic teams of Austin Peay State University (APSU), located in Clarksville, Tennessee, United States. The Governors athletic program is a member of the Ohio Valley Conference (OVC) and competes at the NCAA Division I level including the Football Championship Subdivision. The Austin Peay mascot is The Governor, and the school colors are red and white. While the women's teams were formerly known as the Lady Govs, the school emphasizes that all teams are now Governors.

The 2016–17 Austin Peay Governors basketball team represented Austin Peay State University during the 2016–17 NCAA Division I men's basketball season. The Governors, led by 27th-year head coach Dave Loos, played their home games at the Dunn Center in Clarksville, Tennessee and were members of the West Division of the Ohio Valley Conference. They finished the season 11–19, 7–9 in OVC play to finish in fourth place in the West Division. They failed to qualify for the Ohio Valley Conference Tournament.

The 2010 Austin Peay Governors football team represented Austin Peay State University in the 2010 NCAA Division I FCS football season. The Governors were led by fourth-year head coach Rick Christophel and played their home games at Governors Stadium. They are a member of the Ohio Valley Conference. They finished the season 2–9, 1–7 in OVC play to finish in second-to-last place ahead of Tennessee State.

The 2017–18 Austin Peay Governors men's basketball team represented Austin Peay State University during the 2017–18 NCAA Division I men's basketball season. The Governors, led by first-year head coach Matt Figger, played their home games at the Dunn Center in Clarksville, Tennessee as members of the Ohio Valley Conference. They finished the season 19–15, 12–6 in OVC play to finish in third place. They defeated Eastern Illinois in the quarterfinals of the OVC Tournament before losing in the semifinals to Belmont. They were invited to the CollegeInsider.com Tournament where they defeated Louisiana–Monroe in the First Round, a game referred to as the Coach John McLendon Classic, and received a second round bye before losing in the quarterfinals to UIC.

Chris Horton is an American professional basketball player for Cholet Basket of the LNB Pro A. He played college basketball at Austin Peay.

David Bell Aaron Jr. was an American football and basketball coach and college athletics administrator. He was hired in 1946 as athletic director, head football coach, and head basketball coach at Austin Peay State College—now known as Austin Peay State University. Aaron served as the head football coach at Austin Peay for nine seasons, from 1946 to 1954, compiling a record of 44–35–6. He was the head basketball coach for 16 seasons, until 1962, tallying a mark of 258–174. Aaron earned Bachelor of Science and Master of Arts degrees at Peabody College and a Bachelor of Laws degree at Cumberland University. He served in the United States Navy during World War II, assigned to the rank of lieutenant commander before his discharge.

Paul Brewster is a former American football coach. He served as the head football coach at Austin Peay State University from 1988 to 1989, compiling a record of 3–19. A native of Lenoir City, Tennessee, Brewster earned a bachelor's degree in 1958 and a master's degree in 1967 at East Tennessee State University. He came to Austin Peay in 1981 as an assistant coach under his predecessor as head coach, Emory Hale. 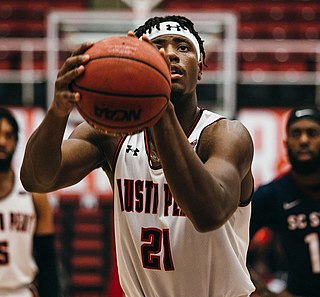 Jason Hodges is an American politician. He is a Democrat who represents the 67th district in the Tennessee House of Representatives.