The Austrian Chess Federation (German: Österreichischer Schachbund - ÖSB) is the national organisation for chess in Austria.

It was founded in 1920 and refounded in 1946, and is based in Graz. The president from 1971 to June 2018 was Kurt Jungwirth. He was succeeded by Christian Hursky, who is also an Austrian politician in the Landtag.

The federation has 15,000 members and since 1981 publishes a chess magazine called Schach Aktiv. The federation organizes the Austrian Chess Championship.

The International Chess Federation or World Chess Federation, commonly referred to by its French acronym FIDE (, FEE-day, is an international organization based in Switzerland that connects the various national chess federations and acts as the governing body of international chess competition. FIDE was founded in Paris, France, on July 20, 1924. Its motto is Gens una sumus, Latin for "We are one people". In 1999, FIDE was recognized by the International Olympic Committee. As of September 2020, there are 195 member federations of FIDE.

The Chess Federation of Russia is the governing body for chess in Russia and the officially recognized arm of the FIDE in Russia. It was founded on 15 February 1992, following the dissolution of the USSR Chess Federation. Its headquarters are in Moscow. The current president is Andrey Filatov, who was elected in 2014. The structure of the Russian Chess Federation consists of three governing bodies: the Congress, the supervisory board and the board of management.

Beatriz Mansilla Marinello is an Chilean-American chess player and chess official. She was a vice president of FIDE from 2010 to 2018. Marinello was previously president of the United States Chess Federation (USCF) from 2003 to 2005 and a member of the executive board from 2003 to 2007. She was elected general secretary of the Association of Chess Professionals in 2019.

The Fiji Chess Federation coordinates chess tournaments in Fiji and is affiliated to FIDE.

The European Chess Union (ECU) is an independent association for the interests of European chess.

The Chess Federation of Armenia is the governing chess organisation in Armenia and is affiliated to FIDE. The body was founded in 1927. Responsible for organizing individual and club championships for men and women and the various important international tournaments in Armenia, it also forms the Armenian national men's and women's teams.

The Norwegian Chess Federation is the national federation of chess in Norway. It was founded in 1914. Its chairman is Jøran Aulin-Jansson and its deputy chairman is Kristian Trygstad.

The Royal Dutch Chess Federation is the national organization for chess in the Netherlands. It is affiliated with the World Chess Federation. Its headquarters are in Haarlem. The current president is Eddy Schuyer.

The Argentine Chess Federation is the national organisation for chess in Argentina. It is affiliated with the World Chess Federation. Its headquarters are in Buenos Aires. 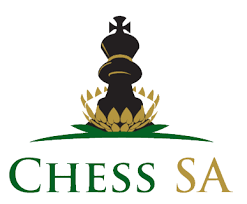 Ingeborg Kattinger, also Inge Kattinger, was an Austrian chess player. She was a four-time winner of the Austrian Women's Chess Championship, taking home the championship in 1956, 1958, 1964 and 1970.