The Autonomous University of Sinaloa (in Spanish : Universidad Autónoma de Sinaloa, UAS) is a Mexican public university based in the city of Culiacán, Sinaloa, but with several campuses across the state.

Spanish, or Castilian, is a Romance language that originated in the Iberian Peninsula and today has over 450 million native speakers in Spain and the Americas. It is a global language and the world's second-most spoken native language, after Mandarin Chinese.

A public university is a university that is in state ownership or receives significant public funds through a national or subnational government, as opposed to a private university. Whether a national university is considered public varies from one country to another, largely depending on the specific education landscape.

Nayarit, officially the Free and Sovereign State of Nayarit, is one of the 31 states which, together with the Mexico City, make up the 32 federal entities of Mexico. It is divided in 20 municipalities and its capital city is Tepic.

Copala, formerly known as San José de Copala, is a four-century-old silver-mining town in the Mexican state of Sinaloa. The town is in the municipality of Concordia.

The Universidad Autónoma de Yucatán, or UADY, is an autonomous public university in the state of Yucatán, Mexico, with its central campuses located in the state capital of Mérida. It is the largest tertiary educational institution in the state, offering some 41 different courses at the undergraduate or Bachelor's degree (licenciatura) level, and 26 postgraduate Master's degrees (maestrías). The institution was established in 1922 by then governor Felipe Carrillo Puerto as the Universidad Nacional del Sureste, but its lineage may be traced back to a Spanish Empire royal decree promulgated in 1611, that allowed for the creation of the Colegio de San Francisco Javier in Mérida.

The Benito Juárez Autonomous University of Oaxaca is a public university located in the city of Oaxaca de Juárez in state of Oaxaca, Mexico.

Universidad Autónoma Chapingo is an agricultural college located in Texcoco, Mexico State in Mexico. The university is a federally funded public institution of higher education. It offers technical and full bachelor's degrees as well as having scientific and technological research programs. Many of these programs are related to agriculture, forestry and fishing.

The Autonomous University of Campeche is a Mexican public university based in the city of Campeche, Campeche, that has several campuses across the state. It was founded in 1965 as the Universidad del Sudeste.

The Autonomous University of Aguascalientes is a Mexican public university based in the city of Aguascalientes, Aguascalientes. Aguascalientes City is the capital of the state with the same name and has a population of around one million people. Located in one of the safest and most prosperous areas of Mexico, the city provides an ideal study environment for international students, with fantastic quality of life and significant international communities based here. In particular, the city is noted for having sizeable German, Korean and Japanese communities. The city also has extensive business connections, benefiting from its location and existing infrastructure. Many international companies have bases here, including Nissan, Coca-Cola and Flextronics. Businesses also benefit from investment in fibre optic infrastructure, with the city enjoying the same standards as the country’s capital, Mexico City.

The Autonomous University of Tlaxcala is a Mexican public university based in the state of Tlaxcala. 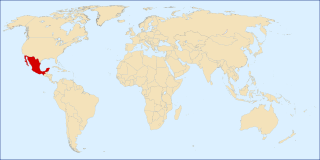 The Autonomous University of Ciudad Juarez, Universidad Autónoma de Ciudad Juarez (UACJ), was founded on October 1973 and it is the institution and Alma Mater of the Mexican border city Juárez. Its main purpose is to create, preserve and communicate the knowledge; embody, inculcate and promote the values which acknowledge the identity and cultural diversity of Mexico. The harmonious coexistence between men and women; freedom of speech and ideas; the adoption of healthier sustainable habits; civic, solidarized, and informed participation; in order to create internationally competitive professionals, with quality educational programs, regional relevant scientific research, infrastructure that facilitates access to knowledge, self-directed learning, ongoing cultural programs and a certified, sustainable, socially responsible, harassment free, non-violent and discriminatory practices free organization.

Radio UAS is the radio service of the Universidad Autónoma de Sinaloa. The station broadcasts on AM and FM frequencies, XEUAS-AM 1150 and XHUAS-FM 96.1, in the state capital of Culiacán, and on an FM radio station, XHMSA-FM 102.9, in Los Mochis.