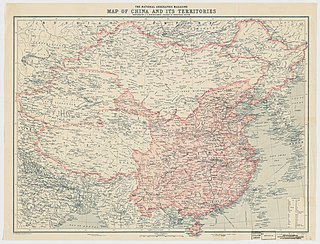 Pengshui Miao and Tujia Autonomous County is located in southeastern Chongqing, China, bordering Guizhou province to the south and southwest and Hubei province to the northeast. It is 270 kilometres away from Downtown Chongqing. 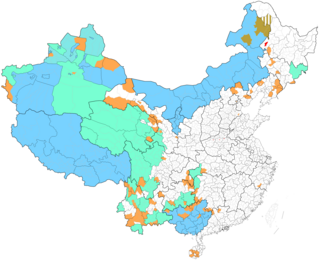 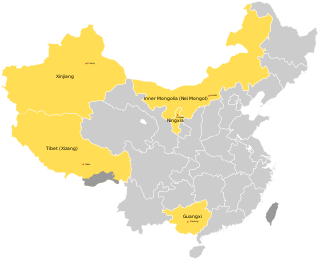 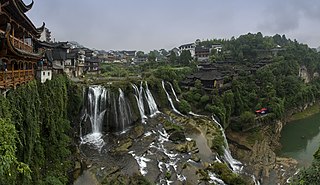 Xiangxi Tujia and Miao Autonomous Prefecture is an autonomous prefecture of the People's Republic of China. It is located in northwestern Hunan province. It consists of one city, Jishou, and seven counties: Baojing, Fenghuang, Guzhang, Huayuan, Longshan, Luxi, Yongshun. The capital is Jishou. Twenty-five nationalities gather here, of the total 2,480,000 population, 66.6 per cent are ethnic minorities, including 860,000 Tujia and 790,000 Miao. 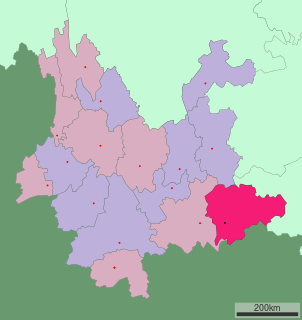 Autonomous counties and autonomous banners are county-level autonomous administrative divisions of China. The two are essentially identical except in name. 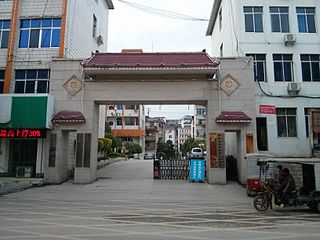 Longlin Pan-Ethnicities (Gezu) Autonomous County is an autonomous county, under the jurisdiction of the prefecture-level city of Baise, in the west of Guangxi, China, bordering Guizhou Province to the north. As of 2019, the county's population was 437,907 people.

Laoz, Liao or Lao peoples, is an ethnic cluster covering Zhuang, Buyei, Tay–Nùng and other Northern Tai language-speaking peoples. These peoples are inclined to call themselves as lao which means "person" or "venerable person".

Rongshui Miao Autonomous County is under the administration of Liuzhou, Guangxi Zhuang Autonomous Region, China. The seat of Rongshui County is Rongshui Town. It borders the prefecture-level divisions of Qiandongnan (Guizhou) to the north and Hechi to the west.

Aksay Kazakh Autonomous County is an autonomous county under the prefecture-level city of Jiuquan in Gansu Province, China. The county borders Qinghai Province to the south and Xinjiang Uygur Autonomous Region to the west.

Yanghe may refer to:

The Language Atlas of China, published in two parts in 1987 and 1989, maps the distribution of both the varieties of Chinese and minority languages of China. It was a collaborative effort by the Australian Academy of the Humanities and the Chinese Academy of Social Sciences, published simultaneously in the original Chinese and in English translation. Endymion Wilkinson rated this joint venture "outstanding".