Avex Trax (エイベックス トラックス, Eibekkusu Torakkusu) is a record label owned by Japanese entertainment conglomerate Avex Group. The label was launched in September 1990, and was the first label by the Group. [1]

Two years after Max Matsuura began a career distributing studio albums from other countries, he and his two Avex co-founders, Tom Yoda and Ken Suzuki, decided to found their own label. Aiming to compete with more established labels such as Nippon Columbia, Nippon Crown, Toshiba-EMI, CBS Sony, and Nippon Phonogram and PolyGram K.K., they created the Avex Trax label.

See also: Category:Avex Trax artists and List of artists under the Avex Group 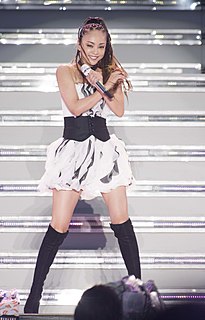 Namie Amuro is a Japanese retired recording artist, producer, songwriter, dancer, model, actress and entrepreneur who was active between 1992 and 2018. A leading figure of the Japanese entertainment industry since the early 1990s, Amuro is known for breaking the youthful idol stereotype of J-Pop, changing the fashion trends and lifestyle of women in Japan, her experimentation across music styles, and for her visual imagery in music videos and live performances. Due to her career longevity, resilience, professionalism, efforts behind-the-scenes in the music industry, and her way of life, she is a pop culture icon in Japan and Asia. She has been referred to as "Diva of Heisei Era" and the "Queen of Japanese Pop", and has been recognized as having the influence and career impact domestically equivalent to artists such as Janet Jackson and Madonna in Western music and pop culture. 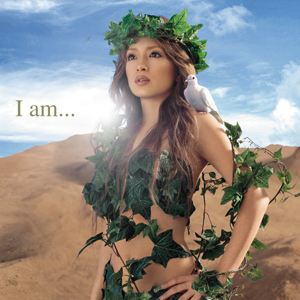 I Am... is the fourth studio album by Japanese recording artist Ayumi Hamasaki. It was released on New Years Day, 2002 via Avex Trax and their Taiwan-based headquarters. It was distributed in two physical formats—a standard CD and Playbutton—and for digital consumption. After the September 11, 2001 attacks in New York City, United States, Hamasaki, whom started working on her new project, changed the original music and design direction by emphasizing lighter themes than her previous work. As a result, the record delves with hope, peace and love, superimposed on J-Pop-inspired rock music. 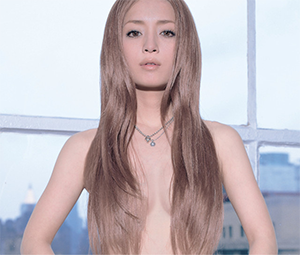 Masato Matsuura, better known by his stage name Max Matsuura, is a Japanese record producer and businessman. He is the founder and former CEO of the one of the largest music labels Avex Group. He is known mainly for discovering and developing new artists into stars, as well as for reviving Ami Suzuki's career after she was released by her previous record label.

"To Be" is a song by Japanese recording artist Ayumi Hamasaki. It served as the third single from Hamasaki's second studio album Loveppears (1999). The track was released by Avex Trax in Japan and Taiwan on May 12, 1999, and through Avex Entertainment Inc. worldwide in September 2008. It was Hamasaki's final single to be distributed as a Mini-CD, a format that debuted at the start of her career in April 1998. "To Be" was written by Hamasaki herself, while production was handled by long-time collaborator Max Matsuura. Musically, it is a J-Pop that was written in third person perspective, much like the content from the parent album. 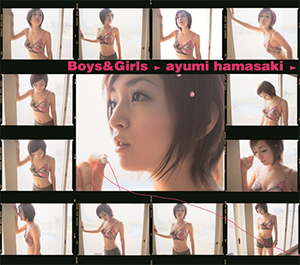 "Boys & Girls" is a song recorded by Japanese recording artist Ayumi Hamasaki, serving as the fourth single for her second studio album, Loveppears (1999). It was released by Avex Trax in Japan and Hong Kong on July 14, 1999, and through Avex USA in North America in early 2001, while being re-distributed in 2003. "Boys & Girls" marks Hamasaki's first single to be made available for purchase as a maxi single with additional remixes. The track was written by the singer herself, while production was handled by long-time collaborator Max Matsuura. Musically, the song is a dance recording, a genre that heavily influences Loveppears. The single's lyrical content is written in third-person perspective. 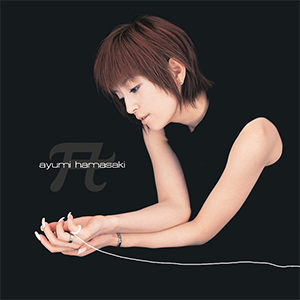 "Seasons" is a song recorded by Japanese recording artist Ayumi Hamasaki for her third studio album, Duty (2000). It was written by Hamasaki, while production was handled by Max Matsuura. It premiered on June 7, 2000 as the third single from the album. The song is the final part of a trilogy from Duty; the other two singles being "Vogue" and "Far Away".

Super Monkey's were a Japanese pop-singing and dancing group that spawned the careers of Namie Amuro and some members of the girl group MAX.

Song Nation is a charity compilation album featuring some of the most important Japanese performers from the Avex Trax label. The CD was made to raise money for the September 11, 2001 attacks. It was produced by two of the most important record producers of Japan: Masato "Max" Matsuura and Globe's Tetsuya Komuro. A remix album was released titled Song Nation 2: Trance. It contained an additional disc and additional tracks along with of the original tracks from the first Song Nation. A Song Is Born, the track by Ayumi Hamasaki and Keiko was able to peak at #1 on the Oricon chart. Upon its release, the album entered the Oricon Albums Chart at number one with first week sales of over 81 100 copies. 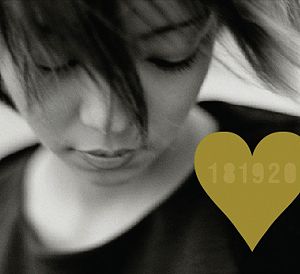 181920 is the first greatest hits album by Japanese musician Namie Amuro, released under the Avex Trax label on January 28, 1998. The album commemorates Amuro’s marriage and pregnancy, and covers twelve singles which were released prior to her maternal hiatus in 1998, three of which had been originally released under her previous label, Toshiba-EMI. The title of the album derives from the fact that its material spans those three ages in which she recorded and performed these songs. Her 9th single, "Dreaming I was Dreaming" is exclusive to the album not appearing on any of her original studio recordings. 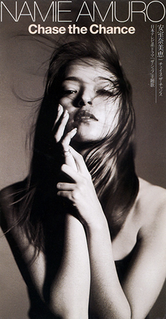 "Chase the Chance" is Namie Amuro's second solo single on the Avex Trax label. Released in December 1995, it debuted at number one on the Oricon charts becoming her first of five million selling singles. As of August 2012, the single has sold 1.3 million copies in Japan. At the end of the month, she would make her first appearance as a solo artist on Kōhaku Uta Gassen performing the single. It is the last single before she and MAX permanently split ways, even though MAX do not appear in the accompanying music video. 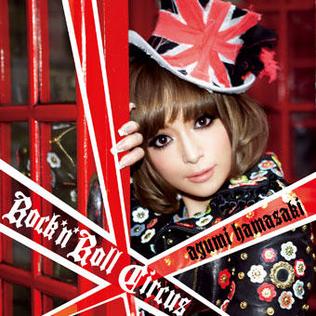 Rock 'n' Roll Circus is the eleventh studio album by Japanese recording artist Ayumi Hamasaki. It was released on April 14, 2010, by Avex Trax. It was also released just a little over a year after her 2009 album, Next Level. Rock 'n' Roll Circus marks Hamasaki's eleventh consecutive album to be fully produced by Japanese producer and manager Max Matsuura, while she contributes to the album as the lead vocalist, background vocalist, and songwriter to all songs. Recorded in Japanese with minor phrases in English, Rock 'n' Roll Circus is a rock album with numerous musical elements such as electropop, J-pop, rock, pop ballad, and dance music.

Again is the fourth extended play by Japanese recording artist Ayumi Hamasaki from her fourteenth studio album Love Again (2013). The EP contains the songs "Wake Me Up", "Sweet Scar", "Snowy Kiss" and "Ivy", alongside remixes and instrumental versions of the original tracks. Produced by longtime collaborator Max Matsuura, Again is a pop EP.