Avraham Herzfeld (born Avraham Postrelko) was born in Stavisht, Russian Empire (now Ukraine) in 1891. He attended a yeshiva and was certified as a rabbi. In 1906, he joined the Socialist Zionists. He was arrested in Vilna in 1910 for revolutionary activities, and was exiled to Siberia. In 1914, he immigrated to Ottoman Palestine and worked as an agricultural laborer in Petah Tikva. [1]

He headed the settlement department of the Agricultural Association and was involved in the establishment of new settlements for forty years. He was a member of the Jewish National Fund from 1949 to his death. [1] He was known for his habit of bursting into song, sometimes in the middle of his speeches. [2] On the establishment of kibbutz Hatzerim in 1946, he sang a popular song: "This is our fate, / Thus we are commanded, / This is the road, / This our aim, / We have not labored in vain". [3]

In 1949, Herzfeld was elected to the first Knesset for Mapai and remained an MK until 1965. He was a member of the Knesset's Finance Committee, to which he would refer as the "Finance Commission". After his retirement, he worked for the elderly. [2] In 1972, he was awarded the Israel Prize for his special contribution to society and the State. [1] [4] He died in 1973. His house in Holon serves as a museum of the city's history. [5]

Levi Eshkol was an Israeli statesman who served as the third Prime Minister of Israel from 1963 until his death from a heart attack in 1969. A founder of the Israeli Labor Party, he served in numerous senior roles, including Minister of Defense (1963–1967) and Minister of Finance (1952–1963).

Mapai was a democratic socialist political party in Israel, and was the dominant force in Israeli politics until its merger into the modern-day Israeli Labor Party in 1968. During Mapai's time in office, a wide range of progressive reforms were carried out, as characterised by the establishment of a welfare state, providing minimum income, security, and free access to housing subsidies and health and social services.

Yitzhak Ben-Zvi was a historian, Labor Zionist leader and the longest-serving President of Israel.

Shmuel Dayan was a Zionist activist during the British Mandate of Palestine and an Israeli politician who served in the first three Knessets. 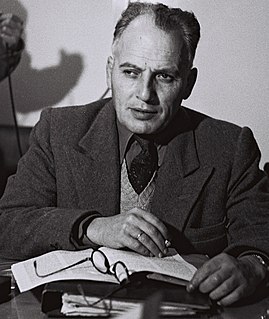 Bechor-Shalom Sheetrit was an Israeli politician, minister and the only signatory of the Israeli declaration of independence to have been born in the country. He served as Minister of Police from independence until his death in 1967, making him the longest-serving cabinet member in the same portfolio to date.

Ya'akov Hazan was an Israeli politician and social activist. 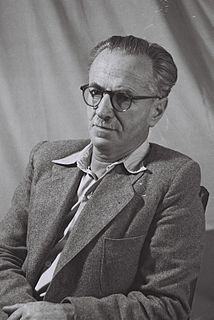 Yisrael Bar-Yehuda was a Zionist activist and Israeli politician. 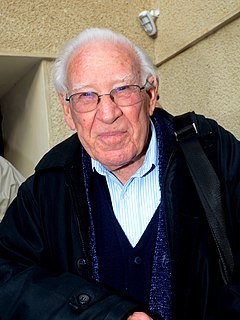 Aharon Yadlin is an Israeli former educator and politician. 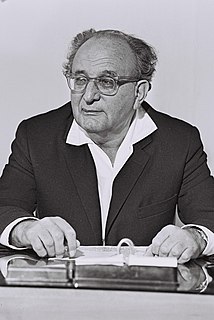 Haim Gvati was a Zionist activist and Israeli politician. He held several ministerial portfolios, and served as Minister of Agriculture between 1964 and 1974.

Yitzhak Tabenkin was a Zionist activist and Israeli politician. He was one of the founders of the kibbutz movement.

Yosef Baratz was a Zionist activist and Israeli politician.

Yitzhak Kanev was a Zionist activist and politician. He was the founder of the Kupat Holim health care system and directed it for 38 years. 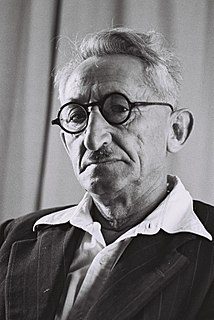 Shlomo Lavi was a Zionist activist and politician.

Rachel Katznelson-Shazar, also known as Rachel Shazar, was an active figure in the Zionist movement. Her husband was Zalman Shazar, the third President of the State of Israel.

Labor Zionism or socialist Zionism is the left-wing of the Zionist movement. For many years, it was the most significant tendency among Zionists and Zionist organizations. It saw itself as the Zionist sector of the historic Jewish labor movements of Eastern and Central Europe, eventually developing local units in most countries with sizable Jewish populations. Unlike the "political Zionist" tendency founded by Theodor Herzl and advocated by Chaim Weizmann, Labor Zionists did not believe that a Jewish state would be created simply by appealing to the international community or to a powerful nation such as Britain, Germany or the Ottoman Empire. Rather, Labor Zionists believed that a Jewish state could only be created through the efforts of the Jewish working class settling in the Land of Israel and constructing a state through the creation of a progressive Jewish society with rural kibbutzim and moshavim and an urban Jewish proletariat. 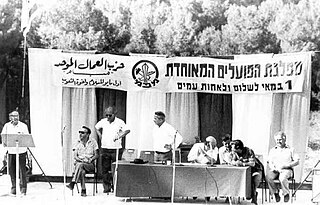 Mapam was a left-wing political party in Israel. The party is one of the ancestors of the modern-day Meretz party.

Ahdut HaAvoda was the name used by a series of political parties. Ahdut HaAvoda in its first incarnation was led by David Ben-Gurion. It was first established during the period of British Mandate and later became part of the Israeli political establishment. It was one of the forerunners of the modern-day Israeli Labor Party.

Kinneret Farm or Kinneret Courtyard was an experimental training farm established in 1908 in Ottoman Palestine by the Palestine Bureau of the Zionist Organisation (ZO) led by Arthur Ruppin, at the same time as, and next to Moshavat Kinneret, a moshava-type village. The farm stood in close proximity to the shore of the Sea of Galilee. Until the early 1920s the farm was a hothouse and catalyst for social and economical innovation, which helped mold and create several essential institutions and infrastructure elements of the Yishuv, perpetuated in the State of Israel after 1948: communal settlement forms, women's rights movement, cooperative enterprises, a workers' savings and support bank, public health care system, a national paramilitary organisation. From 1949 on, after the establishment of the State of Israel, the courtyard served different lesser military and civilian purposes, was abandoned, then restored as a heritage site, and it 2007 it was opened as a museum and educational centre.