During the COVID-19 pandemic in Malaysia, Awang Bulgiba became known on 30 March 2020, by suggesting that the Movement Control Order (MCO) was the best step taken by the government in the fight against COVID-19. He recommended that Malaysia need a minimum of six weeks for the virus containment to work. [3] On April 9, he also said that the MCO should be extended due to the low level of public understanding and compliance of Malaysia in the fight against COVID-19. [4] On April 12, Awang Bulgiba also said that the MCO could be ended if the number of new cases continues to decline and the numbers of recovered exceeds those of new cases. [5]

Mohd. Kamal bin Hassan is a Muslim academic and Islamic scholar, specializing in contemporary Islamic thought, particularly pertaining to the Southeast Asia region. He was the Rector of the International Islamic University Malaysia (IIUM) from 1998 to 2006.

The International Islamic University Malaysia, also known as IIUM, is a public university in Malaysia. Headquartered in Gombak, Selangor, IIUM has six other campuses all over Malaysia: two medical-centric campuses and a Centre for Foundation Studies in Gambang, Pahang, two city campuses in Kuala Lumpur, and a language & tourism campus in Pagoh, Johor.

Dato' Sri Hajah Siti Nurhaliza Binti Tarudin is a Malaysian songbird, songwriter, actress and businesswoman with more than 300 local and international awards. She made her debut after she won a local singing competition show, "Bintang HMI" in 1995 when she was 16. Her debut single, Jerat Percintaan, won the 11th Anugerah Juara Lagu and another two awards for Best Performance and Best Ballad. The album, as of 2005, has sold more than 800,000 units in Malaysia. She has recorded and sung in multiple languages, including Malaysian, Javanese, English, Arabic, Hindi ,Japanese and Mandarin.

Tan Sri Dato' Haji Mahiaddin bin Md. Yasin or familiarly known as Muhyiddin bin Mohd. Yassin is a Malaysian politician who has served as the 8th Prime Minister of Malaysia since 1 March 2020. He served as the 10th Deputy Prime Minister, Minister of Home Affairs and in many other Cabinet positions under former Prime Ministers Abdullah Ahmad Badawi, Najib Razak and Mahathir Mohamad, from May 1995 to February 2020. As a result of the ongoing 2020-21 Malaysian political crisis, Mahathir's abrupt resignation on 24 February 2020 led to Muhyiddin being declared Prime Minister by the Yang di-Pertuan Agong on 29 February 2020. He was formally appointed and sworn in on 1 March 2020 shortly before becoming prominent in Malaysia's response to the COVID-19 pandemic. 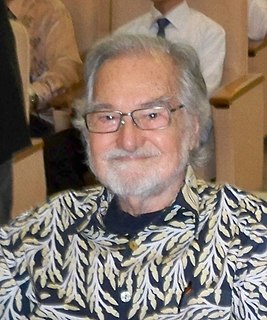 Ungku Abdul Aziz bin Ungku Abdul Hamid was a Malaysian economist and lecturer. He was the 3rd Vice-Chancellor of the University of Malaya from 1968 to 1988 and the 1st General Director of the Council on Language and Literature of Malaysia from 1956 until 1957. He was awarded the title of Royal Professor in 1978.

Awang bin Hassan was a Malaysian politician who served as the 5th Yang di-Pertua Negeri (Governor) of Penang from 1981 until his retirement in 1989. He was also the 7th Malaysian High Commissioner to Australia (1973–1980).

Dato' Seri Hamzah bin Zainudin is a Malaysian politician. He has served the Minister of Home Affairs in the Perikatan Nasional (PN) administration under Prime Minister Muhyiddin Yassin since March 2020.

Dato' Sri Ismail Sabri bin Yaakob is a Malaysian politician who has served as the Senior Minister for Security and Minister of Defence in the Perikatan Nasional (PN) administration under Prime Minister Muhyiddin Yassin since March 2020 and Member of Parliament (MP) for Bera since March 2004. He served as the 15th Leader of the Opposition in the Pakatan Harapan (PH) administration from March 2019 to the collapse of the PH administration in February 2020, Minister of Rural and Regional Development, Minister of Agriculture and Agro-based Industry, Minister of Domestic Trade, Cooperatives and Consumerism and Minister of Youth and Sports in the Barisan Nasional (BN) administration under former Prime Ministers Abdullah Ahmad Badawi and Najib Razak from March 2008 to the collapse of the BN administration in May 2018. He is a member and Vice-President of the United Malays National Organisation (UMNO), a component party of the BN coalition which is aligned with the ruling PN coalition.

The Darjah Yang Amat Mulia Bintang Kenyalang Sarawak is the second highest order group of the orders, decorations, and medals of Sarawak. The order was instituted in 1970, and was redesigned in 1988. Two more ranks were added to the order: the 'Officer' in 1988 and the 'Companion' in 2002.

University of Malaya Medical Centre (UMMC), formerly known as University Hospital, is a government-funded medical institution located in Pantai Dalam, southwest corner of Kuala Lumpur, Malaysia. It was established by Statute in September 1962 and is part of University of Malaya.

Ahmad Samsuri bin Mokhtar is a Malaysian politician who has served as the 15th Menteri Besar of Terengganu since May 2018. He is a member and Vice-President of the Malaysian Islamic Party (PAS), a component party of the ruling Perikatan Nasional (PN) coalition.

Datuk Seri Rina binti Mohd Harun is a Malaysian politician who has served as Minister of Women, Family and Community Development in the Perikatan Nasional (PN) administration under Prime Minister Muhyiddin Yassin since March 2020 and Member of Parliament (MP) for Titiwangsa since May 2018.

Dato' Dr. Sahruddin bin Jamal is a Malaysian politician who has served as Chairman of the Malaysian Pineapple Industry Board (MPIB) since May 2020 and Member of the Johor State Legislative Assembly (MLA) for Bukit Kepong since May 2018. He served as the 17th Menteri Besar of Johor from April 2019 to the collapse of the Pakatan Harapan (PH) state administration in February 2020 and Member of the Johor State Executive Council (EXCO) also in the PH state administration under former Menteri Besar Osman Sapian from May 2018 to his promotion to Menteri Besarship in April 2019. He is a member of the Malaysian United Indigenous Party (BERSATU), a component party of the ruling Perikatan Nasional (PN) coalition.

Datuk Ahmad Amzad bin Hashim is a Malaysian politician. He has served as the Deputy Minister of Science, Technology and Innovation in the Perikatan Nasional (PN) administration under Prime Minister Muhyiddin Yassin and Minister Khairy Jamaluddin since March 2020 and Member of Parliament (MP) for Kuala Terengganu since May 2018.

Tan Sri Datuk Seri Mohammad Zuki bin Ali is the 15th and the incumbent Chief Secretary to the Government of Malaysia since 1 January 2020. 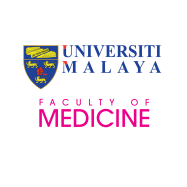