Devil Hunter Yohko is a Japanese original video animation series created by Madhouse, produced by Toho, and released in North America by ADV Films as their first release.

Alice SOS is a Japanese anime television series animated by J.C.Staff. It was broadcast every second week on NHK from April 6, 1998, until January 28, 1999.

Piano: The Melody of a Young Girl's Heart is an anime television series which aired from November 11, 2002 to January 13, 2003, and ran for 10 episodes. Three volumes were released on DVD by Right Stuf under their Nozomi Entertainment label in the North America as well as a complete collection in one collectors edition package, with their English dub being produced by NYAV Post. Centering on Miu Nomura, the story follows her as she struggles to rediscover the joy in music and playing piano she once knew as a child. Character designs were done by Kōsuke Fujishima who came up with the concept and idea for the show.

Minoru Shiraishi is a Japanese actor, voice actor, singer, songwriter and radio personality who was formerly affiliated with I'm Enterprise and Pro-Fit. He is the only "live-action" character in the Newtype Anime magazine to be featured in the Monthly Top-10 Most-Popular Male Character charts. He played himself in Episode 6 of Kiddy Girl-and as a voice actor in a voice actor cafe. Other roles include Taniguchi in the Haruhi Suzumiya series, and Itsuki Takeuchi in the Initial D reboot feature films in 2014.

Himawari! is a Japanese anime series created by GoDo, directed by Shigenori Kageyama, and produced by Genco. It was aired on Chiba TV from April 8, 2006 to July 1, 2006 and afterwards got a second season, Himawari!!, and a short manga to connect the two, Himawari-den! (ひまわり伝っ!). 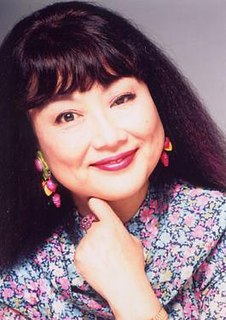 Fuyumi Shiraishi was a Japanese actress, voice actress and narrator.

Shining Wind is an action role-playing game developed by Nextech and published by Sega for the PlayStation 2, and the 19th game in the Shining video game series. It was released on May 17, 2007 in Japan. The game is the sequel to Shining Tears. The main characters from Shining Tears appear in Shining Wind as well. An anime adaptation of the two games, called Shining Tears X Wind, began airing in early April 2007. Like Shining Tears, the game is illustrated by artist Tony Taka.

Ayako is a feminine Japanese given name.

The Phantom Horse is a 1955 color (Eastmancolor) Japanese drama film directed by Koji Shima. It was entered into the 1956 Cannes Film Festival. 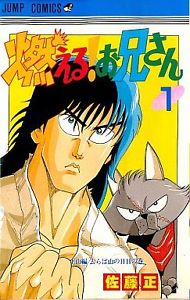 The Burning Wild Man, known in Japanese as Moeru! Onii-san is a manga created by Tadashi Satō. It ran in Weekly Shōnen Jump from 1987 to 1991 with 19 volumes. It was later adapted into an anime series by Studio Pierrot. The 24 episode series aired on Nippon Television from March 1988 to September 1988.

General Rouge no Gaisen is a 12-episode Japanese medical drama television series broadcast in 2010, a sequel to the series Team Batista no Eikō. Atsushi Itō and Tōru Nakamura reprised their lead roles.

Ayako Ishigaki was an Issei journalist, activist, and feminist, who was among the first Japanese American women to publish a memoir in English.

A Place Further than the Universe is an anime television series produced by Madhouse. The series is directed by Atsuko Ishizuka, written by Jukki Hanada and features character designs by Takahiro Yoshimatsu. It aired in Japan between January and March 2018 and was co-produced and distributed internationally by Crunchyroll.