Aziz Akhannouch (Tachelhit : Ɛaziz Axnnuc, in Tifinagh: ⵄⴰⵣⵉⵣ ⴰⵅⵏⵏⵓⵛ;Arabic : عزيز أخنوش‎; born 1961) [3] is a Moroccan politician, businessman, and billionaire who is scheduled to become the Prime Minister of Morocco once his government is formed. [4] He is the CEO of Akwa Group and also served as Minister of Agriculture from 2007 to 2021.

Akhannouch was born in 1961 in Tafraout. His mother and sister were survivors of the Agadir earthquake from a year earlier that killed 10 of his family members: they were reported to have been left buried beneath rubble for several hours before being rescued. [5] In 1986, Akhannouch graduated from the Université de Sherbrooke with a management diploma. [6]

He is the CEO of Akwa Group, a Moroccan conglomerate particularly active in the oil and gas sector. [3] Forbes estimates his net worth as $1.4 billion as of November 2013. [7] Akhannouch inherited Akwa from his father. [7] In 2020, Akhannouch was 12th on Forbes's annual list of Africa's wealthiest billionaires. [8]

From 2003 to 2007, Akhannouch was the president of the Souss-Massa-Drâa regional council. [6] He was a member of the National Rally of Independents Party, before leaving it on 2 January 2012. [9] [10] In June 2008, Aziz Akhannouch headed a Moroccan delegation that participated in the work of the International Conference of Freemasonry in Athens . It is also known about his group for their refusal to employ veiled women . On 23 August 2013 he was appointed by King Mohammed VI as Minister of Finance on an interim basis after Istiqlal ministers resigned from Benkirane's cabinet, a position he kept until 9 October 2013. [6] On 29 October 2016, Akhannouch rejoined the RNI after being elected the president of the party. He took over Salaheddine Mezouar's position, who had resigned. [11]

On 27 July 2016, Akhannouch met with Jonathan Pershing, Special Envoy for Climate Change for the United States. In their meeting, Akhannouch and Pershing spoke about preparations for the 2016 United Nations Conference of the Parties. [12]

In March 2020, through his company Afriquia, a subsidiary of the Akwa group, Akhannouch donated roughly one billion dirham ($103.5 million) to the Coronavirus Pandemic Management Fund founded by King Mohammed VI. [13] [14] In the 2021 general election, his party placed first, winning 102 seats of the 395 seats. On 10 September 2021, he was appointed as Prime Minister by King Mohammed VI, succeeding Saadeddine Othmani, and was tasked by the King to form a new government. [4] [15]

Akhannouch is married to Salwa Idrissi, a businesswoman who owns a company active in malls and holds the Moroccan franchises for brands such as Gap, Zara and Galeries Lafayette. [7]

Mohammed VI (Arabic: محمد السادس‎; born 21 August 1963) is the King of Morocco. He belongs to the Alaouite dynasty and ascended to the throne on 23 July 1999 upon the death of his father, King Hassan II.

Mohamed Benaissa is a Moroccan politician who was Minister of Foreign Affairs of Morocco from 1999 to 2007.

The National Rally of Independents is a political party in Morocco. Despite self-identifying as social-democratic, the party has been described as pro-business and liberal, and the party has a history of cooperating with two other parties with a liberal orientation, the Popular Movement and the Constitutional Union, since 1993.

Prince Moulay Hicham of Morocco is the first cousin of the current King Mohammed VI and Prince Moulay Rachid. He is the son of Prince Moulay Abdallah of Morocco, the late brother of former King Hassan II, and Princess Lalla Lamia Solh, daughter of Riad Al Solh, the first Prime Minister of Lebanon. He is also the cousin of Prince Al-Waleed bin Talal of Saudi Arabia, whose mother Mona Al Solh is another daughter of the Lebanese family. Under the Moroccan constitution, Moulay Hicham stands fourth in the line of succession to the Alaouite throne.

Skhirat is a seaside town in Morocco situated between the administrative capital Rabat and the economic centre of Casablanca, known within Morocco for its idyllic beaches on the edge of the Atlantic Ocean.

Mohammed Hussein Ali Al-'Amoudi is an Ethiopian-Saudi billionaire businessman. He was born in Ethiopia in 1946 to a Hadhrami father and an Ethiopian mother. In 2016, his net worth was estimated by Forbes at approximately $10.9 billion and a relative fall in net value was linked to the global fall in oil and gold prices at the time of estimation. He was also listed as Ethiopia's richest man, the second richest Saudi Arabian citizen in the world and the second richest person of African descent in the world. Al Amoudi made his fortune in construction and real estate before branching out to buy oil refineries in Sweden and Morocco. He is the largest individual foreign investor in Ethiopia and a major investor in Sweden.

Saadeddine Othmani is a Moroccan politician. He served as Prime Minister of Morocco from 17 March 2017 to 10 September 2021. Previously he served as foreign minister from 2012 to 2013. 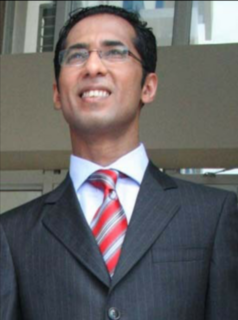 Mohammed "Mo" Gulamabbas Dewji is a Tanzanian billionaire businessman and former politician. He is owner of MeTL Group, a Tanzanian conglomerate founded by his father in the 1970s. Dewji served as Member of the Tanzanian Parliament for Chama Cha Mapinduzi (CCM) from 2005 to 2015 for his home town of Singida. As of October 2019, Dewji has an estimated net worth of US $1.6 billion, therefore positioning him as the 17th richest person in Africa and the continent's youngest billionaire. Dewji is also the first Tanzanian to cover Forbes Magazine in 2013.

The Authenticity and Modernity Party is a political party in Morocco. It was founded in 2008 by Fouad Ali El Himma, an advisor to the king Mohammed VI, and it has been perceived by its opponents and the press as being backed and directed by the monarchy. As such, it has been accused of having little ideology except for support of the monarchy, although some of its policies have been described as progressive-liberal.

Najib Azmi Mikati is a Lebanese politician and businessman who serves as Prime Minister of Lebanon since he formed a government in 2021.

Nouzha Chekrouni is a Senior Fellow in Advanced Leadership at Harvard University who holds a Doctorate degree in Linguistics from Sorbonne Nouvelle in Paris. She was a politician of the Socialist Union of Popular Forces party of Morocco and a Delegate-Minister for the Moroccans Living Abroad in the cabinet of Driss Jettou (2002–2007), Delegate-Minister for Women Conditions, Family and Children Protection and Secretary of State for the Handicapped in the cabinet of Abderrahman el-Yousfi (1998–2002). Since January 2009 she is Ambassador of Morocco to Canada.Dr. Chekrouni was professor of linguistics in the Faculty of Arts & Social Sciences at the University of Meknes.

Eco-Médias is a Moroccan media company partially owned by several businesspeople. It publishes newspapers that are widely distributed in the country and whose editorial line is pro-government. 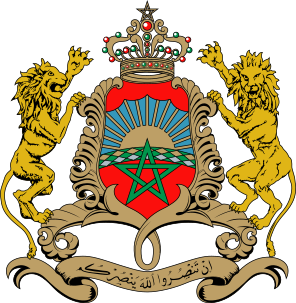 Salwa Idrissi Akhannouch is a Moroccan businesswoman born in Casablanca, the daughter of Boulajoul Idrissi, a Shilha family, from the small village of Aguerd-Oudad, Tafraout. She is the founder and CEO of the Aksal-Morocco Mall Group, and the wife of Aziz Akhannouch, a wealthy businessman who has been Morocco's Minister of Agriculture since 2007 and who is also president of a Royalist political party.

Said Amzazi is a Moroccan politician. Since January 22, 2018, he has been the Minister of National Education, Vocational Training, Higher Education and Scientific Research in the government of Saadeddine Othmani.

The 2021 Moroccan general election was held on 8 September 2021 to elect 395 members of the House of Representatives. The National Rally of Independents led by Aziz Akhannouch won the most seats (102), a gain of 65 seats from the prior election. The liberal Authenticity and Modernity Party (PAM) took second place with 87 seats, a net loss of 15 seats. The centre-right Istiqlal Party gained 35 seats and took third place with 81 seats total. The governing Justice and Development Party won only 13 seats, a net loss of 112 seats for the party.