The following is a list of musical groups who use this tuning on six-string or seven-string guitars: 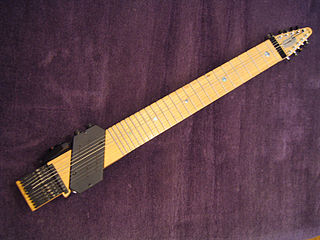 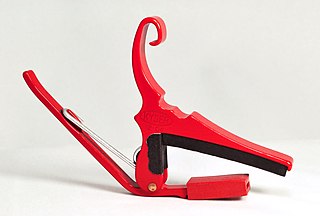 A capo is a device a musician uses on the neck of a stringed instrument to transpose and shorten the playable length of the strings—hence raising the pitch. It is a common tool for players of guitars, mandolins, mandolas, banjos, ukuleles and bouzoukis. The word derives from the Italian capotasto, which means the nut of a stringed instrument. The earliest known use of capotasto is by Giovanni Battista Doni who, in his Annotazioni of 1640, uses it to describe the nut of a viola da gamba. The first patented capo was designed by James Ashborn of Wolcottville, Connecticut. 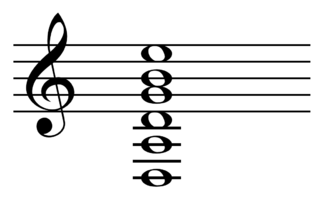 Drop D tuning is an alternative form of guitar tuning in which the lowest (sixth) string is tuned down from the usual E of standard tuning by one whole step to D. Drop D tuning, as well as other lowered altered tunings, are often used with the electric guitar in heavy metal music. It is also used in blues, country, folk, and classical guitar. 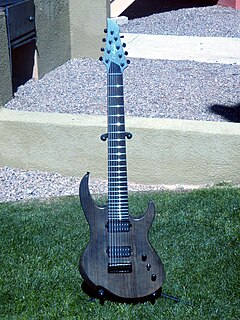 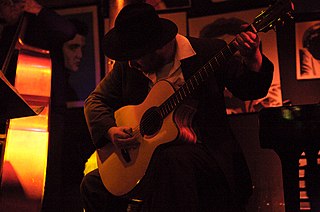 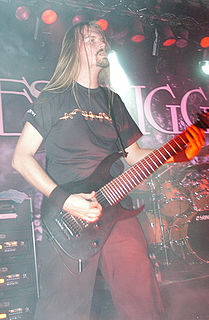 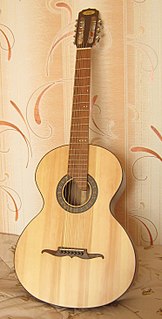 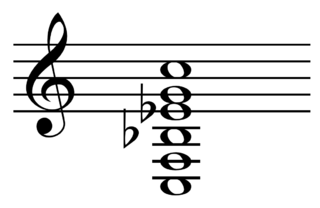 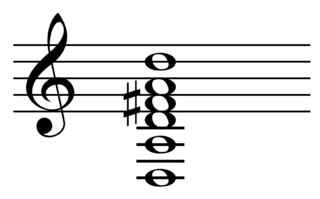 Open D tuning is an open tuning for the acoustic or electric guitar. The open string notes in this tuning are : D A D F♯ A D. It uses the three notes that form the triad of a D major chord: D, the root note; A, the perfect fifth; and F♯, the major third. 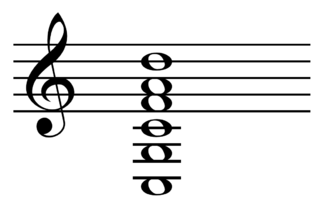 Drop C tuning is an alternative guitar tuning where at least one string has been lowered to a C, but most commonly refers to CGCFAD, which can be described as D tuning with a 6th string dropped to C, or drop D tuning transposed down a whole step. Because of its heavier tone, it is most commonly used in rock and heavy metal music.

Open E tuning is a tuning for guitar: low to high, E-B-E-G♯-B-E. 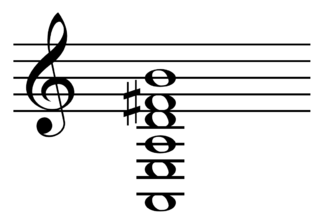 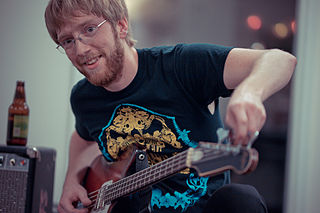 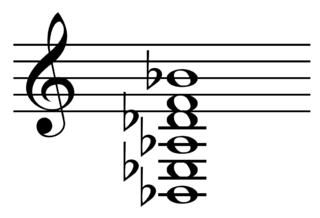 B♭ tuning, or A♯ tuning, is a method of guitar tuning in which all strings on a six-stringed instrument, most often guitar, are tuned down by 3 steps. For example, standard guitar tuning is E A D G B E. B♭ tuning starts by tuning the lowest string on a guitar E, to B♭ and then tuning all strings down in the same interval of 3 steps down.

D♭ tuning, also called C♯ tuning, is an alternative guitar tuning. Each string is one and one half steps lower than in standard tuning, or one half step lower than D tuning. The resulting notes can be described as D♭-G♭-B-E-A♭-D♭ or as C♯-F♯-B-E-G♯-C♯. "Extremely slack," it is very popular amongst alternative and heavy rock bands because it has a darker and lower-pitched sound compared to E standard.