Baarle-Hertogcode: nld promoted to code: nl (Dutch pronunciation: [ˌbaːrlə ˈɦɛrtɔx] ; French : Baerle-Duc, pronounced  [baʁl(ə)dyk] ) is a Flemish municipality of Belgium, much of which consists of a number of small Belgian enclaves fully surrounded by the Netherlands.

Parts of Baarle-Hertogcode: nld promoted to code: nl are surrounded by the Dutch province of North Brabant, but it is part of the Belgian province of Antwerp. As of 2021 [update] , it has a population of 2,935. The total area is 7.48 square kilometres (2.89 square miles). [2]

The border's complexity results from a number of medieval treaties, agreements, land-swaps and sales between the Lords of Breda code: nld promoted to code: nl and the Dukes of Brabant. Generally speaking, predominantly agricultural or built environments became constituents of Brabant and other parts devolved to Bredacode: nld promoted to code: nl . These distributions were ratified and clarified as a part of the border settlements agreed under the Treaty of Maastricht in 1843. The tight integration of the European Union and in particular the Schengen Agreement have made many of the practicalities of the situation substantially simpler since the 1990s.

In total, it consists of 24 separate parcels of land. The largest single section of the municipality of Baarle-Hertogcode: nld promoted to code: nl , namely Zondereigen (named after its main hamlet) is located within mainland Belgium right on the contiguous border (north of the town of Merksplas code: nld promoted to code: nl ). In addition to this, there are twenty Belgian exclaves fully within the Netherlands and three other sections straddling the contiguous Dutch-Belgian border. There are also seven Dutch enclaves within the Belgian exclaves (i.e., counter-exclaves) that are part of the territory of the Netherlands. Six of these Dutch enclaves are located within the largest Belgian exclave, and a seventh in the second-largest Belgian exclave. An eighth Dutch exclave is located near Ginhoven  [ nl ].

During the First World War, this situation meant that the Imperial German Army could not occupy these parts of Belgium without crossing the Netherlands, which the Dutch government did not allow. Thus, these pieces of Belgium became a place where refugees could safely stay. [4] A clandestine radio transmitter was smuggled in and from there worked with the Belgian resistance. The Dutch government fenced off these areas and controlled access in or out of them, building a church and school for the Belgian people who were effectively stranded within the enclaves. [5] [ circular reference ] This situation did not exist in the Second World War, as both countries were occupied by Nazi Germany.

Some houses in the town of Baarle-Hertogcode: nld promoted to code: nl /Baarle-Nassaucode: nld promoted to code: nl are divided between the two countries. At one time, according to Dutch laws, restaurants had to close earlier. For some restaurants on the border, this simply meant that the customers had to move to a table on the Belgian side. [6] In 2020, restrictions due to the COVID-19 pandemic differed between the two countries; for instance, preventing a Belgian citizen living metres away from an open Dutch bar from patronising it. [7]

Two villages in the municipality, Zondereigen and Ginhoven, are located in the main territory of Belgium.

These are all part of Baarle-Nassaucode: nld promoted to code: nl municipality.

It has a joint library with Baarle-Nassau code: nld promoted to code: nl with Belgian and Dutch staff. [11]

Flanders is the Flemish-speaking northern portion of Belgium and one of the communities, regions and language areas of Belgium. However, there are several overlapping definitions, including ones related to culture, language, politics, and history, and sometimes involving neighbouring countries. The demonym associated with Flanders is Fleming, while the corresponding adjective is Flemish. The official capital of Flanders is the City of Brussels, although the Brussels-Capital Region that includes it has an independent regional government. The powers of the government of Flanders consist, among others, of economic affairs in the Flemish Region and the community aspects of Flanders life in Brussels, such as Flemish culture and education. 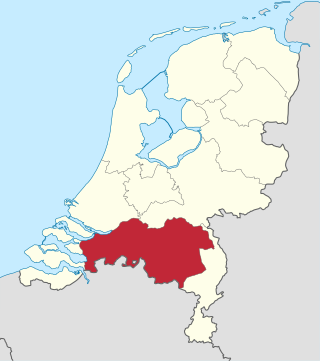 Baarle-Nassau is a municipality and town in the southern Netherlands, located in the province of North Brabant. It had a population of 6,847 in 2019. The town is the site of a complicated borderline between Belgium and the Netherlands, with 22 small exclaves of the Belgian town Baarle-Hertog, some of which contain counter-exclaves of Nassau.

Boechout is a municipality of Belgium located in the Flemish province of Antwerp. 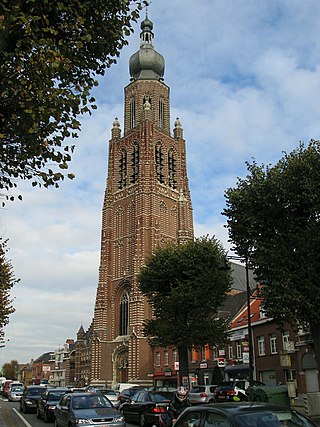 Hoogstraten is a municipality located in the Belgian province of Antwerp. The municipality comprises Hoogstraten, Meer, Meerle, Meersel-Dreef, Minderhout and Wortel. 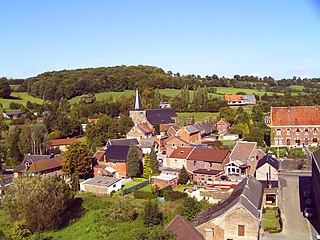 Voeren is a Flemish Dutch-speaking municipality with facilities for the French-speaking minority, located in the Belgian province of Limburg. Bordering the Netherlands to the north and the Wallonia region's Liège Province to the south, it is geographically detached from the rest of Flanders, making Voeren an exclave of Flanders. Voeren's name is derived from that of a small right-bank tributary of the Meuse, the Voer, which flows through the municipality. 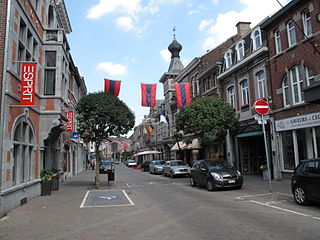 Visé is a city and municipality of Wallonia, located on the river Meuse in the province of Liège, Belgium.

The Duchy of Limburg or Limbourg was an imperial estate of the Holy Roman Empire. Much of the area of the duchy is today located within Liège Province of Belgium, with a small portion in the municipality of Voeren, an exclave of the neighbouring Limburg Province. Its chief town was Limbourg-sur-Vesdre, in today's Liège Province.

Baarle is a village whose territory is divided into a patchwork of Belgian and Dutch territories. The Belgian parts of the village are called Baarle-Hertog and the Dutch elements are called Baarle-Nassau. The Belgian part includes 16 exclaves within Dutch territory. The exclaves, in turn, surround seven Dutch areas. Belgian territory also surrounds an eighth Dutch area near Ginhoven. In 1995, the border was finalized to include a formerly neutral grassland. Baarle also includes a quadripoint shared by two of the exclaves. 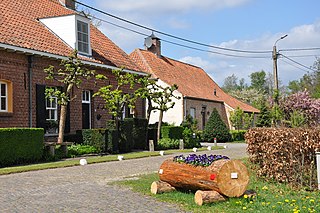 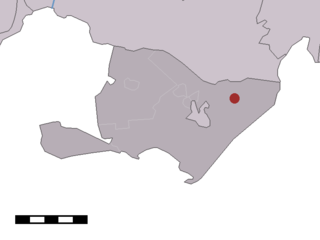 Heikant or Oordeel Heikant is a hamlet in the Dutch province of North Brabant. It is a part of the municipality of Baarle-Nassau, and lies about 15 km south of Tilburg.

The Vennbahncode: deu promoted to code: de is a former railway line that was built partly across what was then German territory by the Prussian state railways. It is now entirely in Belgium, because the trackbed of the line, as well as the stations and other installations, were made provisional Belgian territory in 1919 under an article of the Treaty of Versailles.

The Treaty of Maastricht, signed in 1843 by Belgium and the Netherlands four years after the Treaty of London established Belgian independence, finally settled the border between the two countries.

The Wire of Death was a lethal electric fence created by the German military to control the Dutch–Belgian frontier after the occupation of Belgium during the First World War.

Zondereigen is a village in the municipality of Baarle-Hertog, in the province of Antwerp, Belgium. In 2021, it was home to 478 inhabitants. Zondereigen borders the Dutch province of North Brabant, and contains a Dutch enclave. 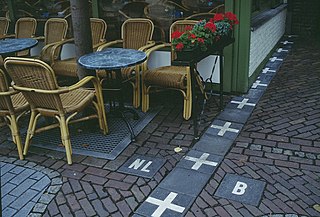 The Belgium–Netherlands border separates Belgium and the Netherlands and is 450 km (280 mi) long.

Wikimedia Commons has media related to Baarle-Hertog .
This page is based on this Wikipedia article
Text is available under the CC BY-SA 4.0 license; additional terms may apply.
Images, videos and audio are available under their respective licenses.