Bahçesaray (Kurdish : Miks‎) [5] is a district in Van Province in Turkey. It was a bucak in Pervari district of Siirt Province until 1964 and Gevaş district of Van Province between 1964 and 1987. It is at a distance of 110 kilometres (68 mi) from Van. The mayor is Mehmet Garip Aykut (BDP).

The name comes from Persian باغچه سرای "bāghche-sarāy" which means "the Garden Palace". Its former name was Müküs, derived from Armenian Mokkʿ (Armenian : Մոկք) region. The name of the city in Armenian: Մոկս, Moks. In Kurdish : Miks‎, derived from the Armenian. The word "Mokk'" in classical Armenian language means: "the place of the magic". According to the legend, Amenap'rkich ("Wholly Saviour") abbey that was nearby Moks, has the grave of a magician by name Gaspar. Probably name of "the place of the magic" or just "Mokk" is connected with this mysterious personality. But scientific sources say that in the Urartu era there existed the Moxene tribe and Moxenne, so the names Mokk' and Moks originated from this tribe's name.

The word Bahçesaray is compound of bahçe ("garden") and saray ("palace"). Bakhchysarai in Crimea has the same name.

The district corresponds to Historical Armenia's Mok Arandznak district, which was part of the greater province of Moxoene.

Saray or Seray is a word of Persian origin which means "palace". It may refer to:

Van Province is a province in eastern Turkey, between Lake Van and the Iranian border. It is 19,069 km2 in area and had a population of 1,035,418 at the end of 2010. Its adjacent provinces are Bitlis to the west, Siirt to the southwest, Şırnak and Hakkâri to the south, and Ağrı to the north. The capital is the city of Van. The majority of the province's population is Kurdish, and has a sizable Azerbaijani minority (Küresünni).

Bakhchysarai is a town in central Crimea, a territory recognized by a majority of countries as part of Ukraine and annexed by Russia as the Republic of Crimea. It is the administrative center of the Bakhchysarai Raion (district), as well as the former capital of the Crimean Khanate. Its main landmark is Hansaray, the only extant palace of the Crimean Khans, currently opened to tourists as a museum. Population: 27,448 .

Moxoene was a province of the ancient kingdom of Armenia, today in Van province, Turkey, as well as a feudal familial name c. 400–800, also known by the name Moghk or Mox, Moxq, Moxus, Moxos, Moks, Mukus, Miks, Mikus, sometimes Mekes, as Muksî or Muskî in Kurdish, today Bahçesaray in Turkish. The settlement was known in Roman times as Moxos, after the 8th century as Mokks or Moks, and after the 18th century as Mukus. Moxoene may have been named after the Bronze Age Mushki people, who according to Assyrian sources, settled in the region.

The Ağrı Province is a province in eastern Turkey, bordering Iran to the east, Kars to the north, Erzurum to the northwest, Muş and Bitlis to the southwest, Van to the south, and Iğdır to the northeast. It has an area of 11,376 km² and a population of 542,022. A majority of the province's population is Kurdish. The region also has got a sizeable Azerbaijani (Qarapapak) minority.

Hakkâri Province, is a province in the south east corner of Turkey. The administrative centre is located in the city of Hakkâri. The province covers an area of 7,121 km² and has a population of 251,302. The province had a population of 236,581 in 2000. The province was created in 1936 out of part of Van Province. Its adjacent provinces are Şırnak to the west and Van to the north. The majority of the province's population is Kurdish.

Başkale is a town and district located in south-eastern Turkey in Van Province. There is one municipality in the Başkale district, the town centre, which was established 1937. The neighbourhoods of the town of Başkale are: Tepebaşı, Yeni mahalle, Camii-Kebir, Samandöken, Cevkan, Kale, Hafiziye, Tarım and Yakınyol.

Sason is a district in the Batman Province of Turkey. It was formerly part of the sanjak of Siirt, which was in Diyarbakır vilayet until 1880 and in Bitlis Vilayet in 1892. Later it became part of Muş sanjak in Bitlis vilayet, and remained part of Muş until 1927. It was one of the districts of Siirt province until 1993. The boundaries of the district varied considerably in time. The current borders are not the same as in the 19th century, when the district of Sasun was situated more to the north

Adilcevaz, is a town and district capital of the same-named district within Bitlis Province of Turkey. The city is on the shore of Lake Van. The ancient name of the city is "Artske" or "Artsike," which is in the Armenian language. Its mayor is Necati Gürsoy.

Erciş is a town and district located in the Van Province, Turkey on Lake Van.

Gürpınar is a district of Van Province and 20 km (12 mi) south of the provincial capital Van. With an area of 4,700 km2, Gürpınar is the largest district of Turkey. It has 72 villages and several places of historical interest. Much of the residents of this area speak Kurmanci, the most commonly spoken dialect of the Kurdish language.

Ahlat, is a historic town and district in Turkey's Bitlis Province in Eastern Anatolia Region. From 1929-1936, it had been included as a district of Van Province. The town of Ahlat is situated on the northwestern shore of Lake Van. The mayor is Abdulalim Mümtaz Çoban (AKP).

Saray is a district of Van Province of Turkey. The mayor is Abdulkerim Çalışkan (BDP).

Edremit, is a district in the Van Province of Turkey. The district's central town which has the same name is situated on the coast of Lake Van at a distance of 18 kilometres (11 mi) from the city of Van.

There is a recognition by several groups of Kurds of the participation of their ancestors in the Armenian Genocide during World War I. Some Kurdish tribes, mainly as part of the Ottoman army, along with the Turks and other people, participated in massacres of Armenians. Other Kurds opposed the genocide, in some cases even hiding or adopting Armenian refugees. Also, inmates in Ottoman prisons, including Kurds and Turks, were given amnesty and released from prison if they would massacre the Armenians.

Aparank Monastery or Aparanq, or Holy Cross Aparank, is an Armenian monastery located in modern-day Turkey, Van province near the city of Bahçesaray. It is part of the historical Armenian province of Moxoene. 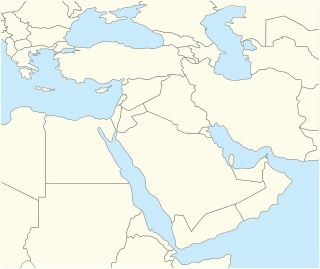 In February 2020, two avalanches occurred near Bahçesaray in Turkey's eastern Van Province. The first, on 4 February, buried two vehicles, leading to a rescue operation involving around 350 people. The second, on 5 February, occurred while this operation was ongoing. At least 41 people were killed in the two avalanches, with 84 others being injured, six seriously.