Last updated July 03, 2020
In this Indian name, the name Sadasivan is a patronymic, not a family name, and the person should be referred to by the given name, Balaji.

Dr. Balaji Sadasivan ( /ˈbɑːlədʒiːsɑːdəˈsiːvən/ or /ˈbæ-sæ-/ ; 11 July 1955 – 27 September 2010) was a Singaporean politician and neurosurgeon of Indian ancestry. He attended Raffles Institution, Siglap Secondary School and National Junior College, and studied medicine at the University of Singapore. After graduating in 1979, he continued his education at the Royal College of Physicians and Surgeons of Glasgow, becoming a Fellow of the Royal College of Surgeons (F.R.C.S.) in 1984. He also trained at the Henry Ford Hospital in Detroit, Michigan, from 1985 to 1989, and became a Fellow of Harvard University in 1990. He worked as a neurosurgeon until 2001, publishing over 50 book chapters and journal articles.

Balaji Sadasivan was born on 11 July 1955 [2] in Singapore, the son of Indian immigrants. [3] A student at Raffles Institution, [4] Siglap Secondary School (1969–1971) and National Junior College (1972–1973), he subsequently studied medicine at the University of Singapore. [2] In his second year, he won an essay competition organised by the World Health Organization (WHO) and received the opportunity to attend a healthcare workshop in Minamata, Japan, where he learned about the devastating effects of Minamata disease, a neurological syndrome caused by severe mercury poisoning. This led him to specialise in neurosurgery later on, which was not a popular discipline at the time. [3] In 1979, Sadasivan graduated with a Bachelor of Medicine and Bachelor of Surgery (M.B.B.S.), and two years later embarked on further studies at the Royal College of Physicians and Surgeons of Glasgow, [5] becoming a Fellow of the Royal College of Surgeons (F.R.C.S.) in 1984. He trained at the Henry Ford Hospital in Detroit, Michigan, between 1985 and 1990, obtaining a diploma from the American Board of Neurology Surgery and becoming a fellow at Harvard University in 1990. [4] He also worked at Brigham and Women's Hospital, a teaching affiliate of Harvard, and at the Children's Hospital Boston in Boston, Massachusetts. [6] In 1997, he obtained a Bachelor of Laws (LL.B. (Hons.)) from the University of London. [2]

Balaji joined Tan Tock Seng Hospital as a consultant neurosurgeon in 1991, where he reorganised the way stroke patients were treated, arranged for the neurosurgical intensive care unit to be computerised, introduced stereotactic brachytherapy for dealing with brain tumours, and chaired the National Neuroscience Institute's planning committee. In 1994, he moved into private practice at Gleneagles Hospital, establishing the first stereotactic radiosurgical treatment system driven by a linear particle accelerator in Singapore. He also worked with medical device manufacturer Siemens to develop image-guided surgical systems. He published more than 50 scientific papers and chapters in neurology books. [6]

Balaji left the medical profession to stand as a People's Action Party (PAP) candidate in the 2001 general election for the Cheng San–Seletar division of the Ang Mo Kio Group Representation Constituency (GRC). The electoral division, helmed by the Lee Hsien Loong (who became Prime Minister on 12 August 2004), was not contested, [7] and Balaji was declared elected to Parliament on 25 October 2001. [2] He was regarded as one of the "Super Seven" Members of Parliament who were made officeholders upon election, [3] and served as Minister of State for the Ministry of the Environment (23 November 2001 – 11 May 2003), Ministry of Health and the Ministry of Transport (both 23 November 2001 – 11 August 2004). He was Senior Minister of State for the Ministry of Health from 12 August 2004 to 29 May 2006, [2] handling matters such as the extension of the Human Organ Transplant Act [8] to Muslims and the 2003–2004 severe acute respiratory syndrome (SARS) outbreak. [3] [9] He also worked to combat the spread of HIV, advocating education about the disease in schools and workplaces, and early and regular HIV testing. He brought in universal antenatal testing for HIV, and spoke out against discrimination on the ground of HIV status. [6] [10] For his constituents, he set up the Cheng San–Seletar Neighbourhood Club, and petitioned the Housing and Development Board for the lease of the Seletar Hills market, due to be torn down, to be extended. He also conceived an active ageing centre in Ang Mo Kio Town Garden East, which was slated to open in 2010. [3]

Ang Mo Kio GRC was contested by the Workers' Party of Singapore in the general election of 2006, and Balaji retained his seat, the PAP winning with 66.14% of the votes polled in the constituency. [11] Sadasivan acted as Senior Minister of State for the Ministry of Foreign Affairs and Ministry of Information, Communications and the Arts from 30 May 2006 to 31 March 2008. [2] In May 2007, [4] he was appointed Chairman of the WHO Executive Board, [3] the first time a Singaporean had been so elected since the nation became a member of WHO. During his term, he dealt with issues such as global health development, pandemic preparedness (including the 2009 H1N1 flu pandemic), [12] non-communicable diseases and climate change. [6]

Balaji was diagnosed with colorectal cancer and underwent surgical removal of a malignant tumour in 2008. [13] He relinquished his Information, Communications and the Arts portfolio with effect from 1 April 2008, remaining as Senior Minister of State for the Ministry of Foreign Affairs. [2]

Following a relapse of his cancer, [19] Balaji died in his sleep on 27 September 2010 at 1:50 a.m. at the age of 55 years, having suffered internal bleeding the previous night. He is survived by his wife, Dr. Ma Swan Hoo, his son Dharma Yongwen and daughter Anita Jiawen, and five siblings. [20] On 18 October 2010 during a sitting of Parliament, Abdullah Tarmugi, Speaker of the Parliament of Singapore, and Mah Bow Tan, Leader of the House, paid tribute to Balaji in the presence of his widow and children, Mah saying "We have lost a dear friend and colleague and an outstanding Singaporean." Parliament then observed a minute's silence. Sadasivan's medical school classmates set up the Balaji Sadasivan Fund for Medical Undergraduates in his honour. [21]

Lee Hsien Loong is a Singaporean politician who has served as the 3rd Prime Minister of Singapore since August 2004. Lee is the eldest son of the 1st Prime Minister, Lee Kuan Yew. He has taken over the leadership of People's Action Party as the Secretary-General since December 2004 when former Prime Minister and Secretary-General Goh Chok Tong stepped down from the position to become the Senior Minister. Lee then led the party to victory in the 2006, 2011 and 2015 general elections. He began his current term on 15 January 2016 following the opening of Singapore's 13th Parliament.

A Nominated Member of Parliament (NMP) is a Member of the Parliament of Singapore who is appointed by the President. They are not affiliated to any political party and do not represent any constituency. There are currently nine NMPs in Parliament. The introduction of NMPs in September 1990, effected to bring more independent voices into Parliament, was an important modification of the traditional Westminster parliamentary system that Singapore had.

The following lists events that happened during 1990 in Singapore. 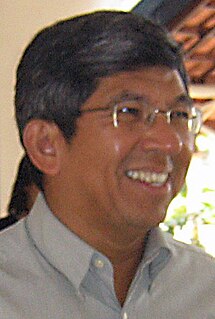 Sengkang is a planning area and residential town located in the North-East Region of Singapore. The town is the second most populous in the region, being home to 244,600 residents in 2019. Sengkang shares boundaries with Seletar and Punggol in the north, Pasir Ris and Paya Lebar in the east, Hougang and Serangoon to the south, as well as Yishun and Ang Mo Kio to the west.

Dr Lam Pin Min is a politician and medical doctor from Singapore. A member of the country's governing People's Action Party (PAP), he is currently a Senior Minister of State in the Ministry of Health and the Ministry of Transport. He has been a Member of Parliament (MP) since 2006. He is a Chinese Singaporean of Hakka descent from the Lam clan, and has family roots in Dabu County, Guangdong, China.

The 11th Parliament of Singapore was the previous Parliament of Singapore. The first session commenced on 2 November 2006 and was prorogued on 13 April 2009. The second session commence from 18 May 2009 and was dissolved on 19 April 2011. The membership was set by the 2006 Singapore General Election on 7 May 2006, and it has changed twice due to the deaths of Jurong GRC MP Dr Ong Chit Chung in 2008, and Ang Mo Kio GRC MP Balaji Sadasivan who was also the Senior Minister of State for Foreign Affairs.

Viswaroopan ("Viswa") Sadasivan was a Nominated Member of Parliament (NMP) in the Parliament of Singapore from 2009 to 2011.

The Second Cabinet of Lee Hsien Loong of the Government of Singapore was sworn into office on 30 May 2006, following the general election on 6 May for the 11th Parliament. As was the case previously, the Cabinet was made up exclusively of Members of Parliament from the ruling People's Action Party.

Koh Poh Koon is a Singaporean politician and colorectal surgeon. A member of the governing People's Action Party (PAP), Koh served as the Member of Parliament (MP) from September 2015 to July 2020 for almost five years, representing the Ang Mo Kio GRC for Yio Chu Kang ward. He has been the political officeholder since January 2016. He served as the Minister of State in both the Ministry of National Development and Ministry of Trade and Industry from January 2016 to April 2017. He has served as the Senior Minister of State the same ministries since the promotions in May 2017. In April 2018, he relinquished the national development portfolio. He has also been the Deputy Secretary-General of the National Trades Union Congress (NTUC) since 2018. 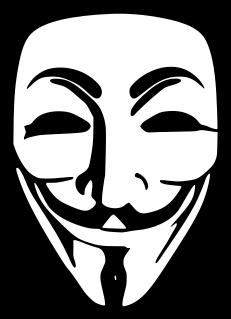 The 2013 Singapore cyberattacks were a series of hack attacks initiated by the hacktivist organisation Anonymous, represented by a member known by the online handle "The Messiah". The cyber attacks were partly in response to web censorship regulations in the country, specifically on news outlets. On 12 November 2013, James Raj was charged in Singapore court as the alleged "The Messiah". 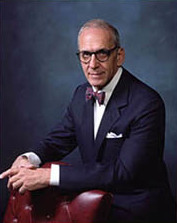 James Ivan Ausman is an American neurosurgeon, science editor, television broadcaster, medical entrepreneur, and public advocate on health-care reform. He currently is professor of neurosurgery at the University of California, Los Angeles and editor-in-chief of Surgical Neurology International.

Joseph Maroon is an American neurosurgeon, author, and triathlon athlete. He is the professor and vice chairman of the Department of Neurological Surgery at the University of Pittsburgh Medical Center, and is the current medical director of WWE. He is particularly known for his work studying concussions and concussion prevention as well as his hypothesis on the development of chronic traumatic encephalopathy (CTE).