The Balkan League was a multi-nation ice hockey league contested from 1994–1997 by three countries from the Balkan region of Europe, Serbia and Montenegro, Romania, and Bulgaria.

Guangzhou R&F Football Club is a professional football club that plays in the Chinese Super League under licence from the Chinese Football Association (CFA). The team is based in Guangzhou, Guangdong, and their home stadium is the Yuexiushan Stadium which has a seating capacity of 18,000. They are owned by the Chinese property developers R&F Properties who took charge in June 2011. The club's English name R&F is short for "Rich" (富) and "Force" (力). 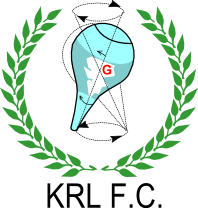 This is a timeline of Serbian history, comprising important legal and territorial changes and political events in Serbia and its predecessor states. To read about the background to these events, see History of Serbia. See also the list of Serbian monarchs and list of Presidents of Serbia.

FK Radnički is a Serbian football club based in New Belgrade.

Nogometni Klub GOŠK Gabela is a professional association football club based in Gabela, Čapljina that is situated in Bosnia and Herzegovina. The name GOŠK in Croatian means Gabeoski Omladinski Športski Klub.

The 2008–09 New York Rangers season was the National Hockey League franchise's 82nd season of play and their 83rd season overall. It saw the Rangers qualify for the playoffs for the fourth consecutive season. The Rangers started the season in Europe. First, as part of the inaugural Victoria Cup being held in Switzerland, the Rangers played an exhibition game against SC Bern on September 30, and then the main game against the 2008 European Champions Metallurg Magnitogorsk on October 1. They won both games, and were awarded the first Victoria Cup. The Rangers battled from a 3-0 deficit in the Victoria Cup to win the game by a score of 4–3. Ryan Callahan scored the game-winning goal with 20 seconds left.

Hokejaški klub Partizan is a Serbian professional ice hockey club from Belgrade. HK Partizan is one of the sport clubs that are part of Partizan sport society. They play their home games at the Pionir Ice Hall. The club currently plays in the Serbian Hockey League. HK Partizan has won 20 national championships and three cups, and is the most successful ice hockey team in Serbia. HK Partizan also won the Slohokej League in 2011 and 2012 and Balkan League in 1995. 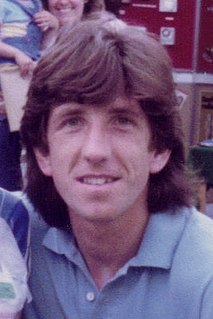 Plymouth Argyle Football Club is an English association football club based in Plymouth, Devon. Founded in 1886 as Argyle Football Club, they became a professional club in January 1903, and were elected to the Southern League ahead of the 1903–04 season. The club won the Southern League championship in 1913 and finished as runners-up on two occasions, before being elected to the Football League in 1920, where they compete to this day, as a founder member of the Third Division. Argyle won their first Football League championship, and promotion to the Second Division for the first time, ten years later in 1930. As of 2010, the club has won five championships in the Football League, gained promotion on eight occasions, and been relegated eight times. Four of those league championships were won in the third tier, which is a divisional record. Argyle have made one appearance at Wembley Stadium, in which they won the 1996 Third Division play-off final. The club has also achieved moderate success in domestic cup competitions; they reached the semi-finals of the FA Cup in 1984, and the quarter-finals in 2007. Argyle have also reached the semi-finals of the League Cup twice, in 1965 and 1974.

The Bulgarian Cup is the national ice hockey cup competition in Bulgaria.

Fenerbahçe Men's Volleyball, commonly known as Fenerbahçe, are the men's volleyball department of Fenerbahçe SK, a major Turkish multi-sport club based in Istanbul, Turkey. Founded in 1927, they are one of the most successful volleyball teams in Turkey, having won five Turkish Volleyball League titles, four Turkish Cups, and three Turkish Super Cups, among others. In Europe Fenerbahçe have won two Balkan Cups and the CEV Challenge Cup in the 2013–14 season, thus writing volleyball history as the women's team won another continental title, the CEV Cup, the very same day. By achieving this unparalleled feat, Fenerbahçe became the first and only sports club in Turkey and one of a few in Europe with European titles won in both the men's and women's volleyball departments.

Lansing Derby Vixens (LDV) is a women's flat track roller derby league based in Lansing, Michigan. Founded in 2010, the league consists of three teams, which compete against teams from other leagues. Lansing is a member of the Women's Flat Track Derby Association (WFTDA).

The Greenville Derby Dames (GDD) is a women's flat track roller derby league based in Greenville, South Carolina. Founded in 2008, Greenville is a member of the Women's Flat Track Derby Association (WFTDA).