The Baltimore–Washington metropolitan area is a combined statistical area consisting of the overlapping labor market region of the cities of Washington, D.C. and Baltimore, Maryland. The region includes Central Maryland, Northern Virginia, three counties in the Eastern Panhandle of West Virginia, and one county in South Central Pennsylvania. It is the most educated, highest-income, and fourth largest combined statistical area in the United States. [1] [2]

Officially, the area is designated by the Office of Management and Budget (OMB) as the Washington–Baltimore–Arlington, DC–MD–VA–WV–PA Combined Statistical Area. It is composed primarily of two major metropolitan statistical areas (MSA), the Washington–Arlington–Alexandria, DC–VA–MD–WV MSA and the Baltimore–Columbia–Towson, MD MSA. In addition, five other smaller urban areas not contiguous to the main urban area but having strong commuting ties with the main area are also included in the metropolitan area. [3] These are: the Hagerstown–Martinsburg, MD–WV MSA, the Chambersburg–Waynesboro, PA MSA, the Winchester, VA–WV MSA, the California–Lexington Park, MD MSA, and the Easton, MD micropolitan statistical area (µSA).

Some counties such as Caroline and King George County, Virginia are not officially designated by the OMB as members of this metropolitan area, but still consider themselves members anyway. [4] [5] [6] [7] [8] This is mostly due to their proximity to the area, the size of their commuter population, and by the influence of local broadcasting stations. The population of the entire Washington-Baltimore Combined Statistical Area as of the Census Bureau's 2012 Population Estimates is 9,331,587. [9] [10] [11] [12] [13] [14] [15] The most populous city is Washington, DC, with a population of 681,170. [16] The most populous county is Fairfax County, Virginia, with a population exceeding 1.1 million.

Components of the metropolitan area

The counties and independent cities and their groupings that comprise the metropolitan area are listed below with their 2012 population estimates. Central counties/cities (designated as such by OMB) for each MSA are shown in italics.

Founded in 1957, the Metropolitan Washington Council of Governments (MWCOG) is a regional organization of 23 Washington-area local governments, as well as area members of the Maryland and Virginia state legislatures, the U.S. Senate, and the U.S. House of Representatives. MWCOG provides a forum for discussion and the development of regional responses to issues regarding the environment, transportation, public safety, homeland security, affordable housing, community planning, and economic development. [17]

The National Capital Region Transportation Planning Board, a component of MWCOG, is the federally designated Metropolitan Planning Organization for the metropolitan Washington area. [18]

The Baltimore Metropolitan Council is the equivalent organization for the Baltimore portion of the combined Baltimore–Washington metropolitan area. [19] The BMC, which was created in 1992 as the successor to the Regional Planning Council and Baltimore Regional Council of Governments, consists of the Baltimore region's elected executives, representing Baltimore City and Anne Arundel, Baltimore, Carroll, Harford and Howard counties. [20]

Not limited to its proximity to the National Institutes of Health in Bethesda, Maryland's Washington suburbs are a major center for biotechnology. Prominent local biotechnology companies include MedImmune, United Therapeutics, The Institute for Genomic Research, Human Genome Sciences and the Howard Hughes Medical Institute.

Notable company headquarters in the region

Table of professional teams and venues 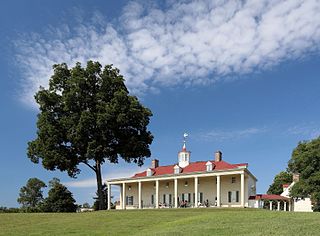 Fairfax County, officially the County of Fairfax, is located in the Commonwealth of Virginia in the United States. Part of Northern Virginia, Fairfax County borders both the City of Alexandria and Arlington County and forms part of the suburban ring of Washington, D.C. The county is thus predominantly suburban in character, with some urban and rural pockets. 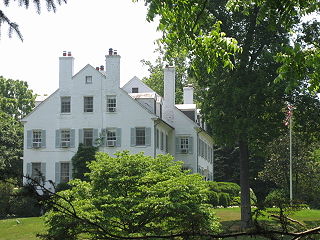 McLean is an unincorporated community and census-designated place (CDP) in Fairfax County in Northern Virginia. McLean is home to many diplomats, military, members of Congress, and high-ranking government officials partially due to its proximity to Washington, D.C., The Pentagon and the Central Intelligence Agency. It is the location of Hickory Hill, the former home of Ethel Kennedy, the widow of Robert F. Kennedy. It is also the location of Salona, the former home of Light-Horse Harry Lee, the Revolutionary War hero. The community had an estimated total population of 53,673 in 2015, according to estimates prepared by the United States Census Bureau. It is located between the Potomac River and the town of Vienna. McLean is often distinguished by its luxury homes and its nearby high-profit shopping destinations: Tysons Corner Center and Tysons Galleria. The two McLean zip codes – 22101 and 22102 – are among the most expensive ZIP Codes in Virginia and the United States. In 2018, data from the American Community Survey revealed that McLean was the 3rd wealthiest city in the United States, based on its poverty rate of 2.6% and its median household income of $190,258. 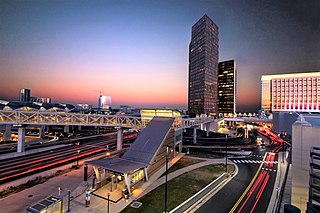 Tysons, also known as Tysons Corner, is a census-designated place (CDP) and unincorporated community in Fairfax County, Virginia, United States. Located in Northern Virginia between the community of McLean and the town of Vienna along the Capital Beltway (I-495), it lies within the Washington Metropolitan Area. Tysons is home to two super-regional shopping malls—Tysons Corner Center and Tysons Galleria—and the corporate headquarters of numerous companies such as Intelsat, DXC Technology, Gannett, Hilton Worldwide, Freddie Mac, Capital One, Alarm.com and Booz Allen Hamilton. Tysons is Fairfax County's central business district and a regional commercial center. It has been characterized as a quintessential example of an edge city. The population was 19,627 as of the 2010 census.

Northern Virginia, locally referred to as NOVA or NoVA, comprises several counties and independent cities in the Commonwealth of Virginia in the United States. It is a widespread region radiating westward and southward from Washington, D.C. With an estimated 3,159,639 residents in 2019, it is the most populous region of Virginia and the Washington metropolitan area.

The Capital Beltway is a 64-mile (103 km) Interstate Highway that surrounds Washington, D.C., the capital of the United States, and its inner suburbs in adjacent Maryland and Virginia. It is the basis of the phrase "inside the Beltway", used when referring to issues dealing with U.S. government and politics. The highway is signed as Interstate 495 (I-495) for its entire length, and its southern and eastern half runs concurrently with I-95. 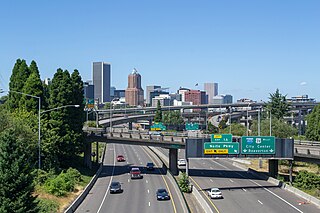 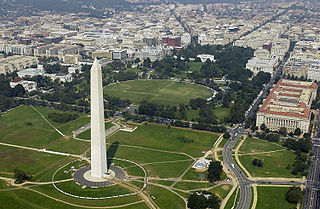 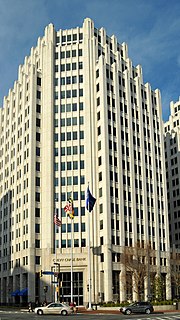 Chevy Chase Bank, F.S.B. was the largest locally based banking company in the Washington Metropolitan Area. It was acquired by Capital One in February 2009, and rebranded as Capital One Bank in September 2010. Despite its name, Chevy Chase Bank was a federally chartered thrift regulated by the Office of Thrift Supervision, rather than a bank. 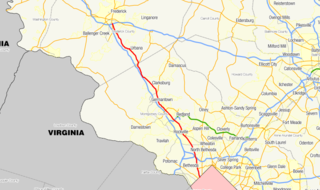 Maryland Route 355 (MD 355) is a 36.75-mile (59.14 km) north–south road in western central Maryland in the United States. The southern terminus of the route, Wisconsin Avenue, is located in the Bethesda CDP, at the Washington, D.C. border. It continues south into Washington, D.C. as Wisconsin Avenue NW. The northern terminus is just north of an overpass with Interstate 70 (I-70)/U.S. Route 40 (US 40) in the city of Frederick in Frederick County, where the road continues north as Market Street through Frederick towards MD 26. 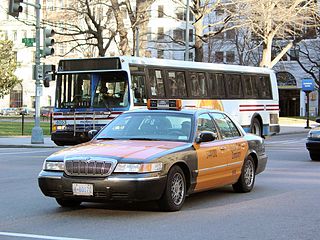 Washington, D.C. has a number of different modes of transportation available for use. Commuters have a major influence on travel patterns, with only 28% of people employed in Washington, D.C. commuting from within the city, whereas 33.5% commute from the nearby Maryland suburbs, 22.7% from Northern Virginia, and the rest from Washington, D.C.'s outlying suburbs.

The Baltimore–Columbia–Towson Metropolitan Statistical Area, also known as Central Maryland, is a Metropolitan Statistical Area (MSA) in Maryland as defined by the United States Office of Management and Budget (OMB). As of the 2010 Census, the combined population of the seven counties is 2,710,489. The MSA has the fourth-highest median household income in the United States, at $66,970 in 2012.

The following is an alphabetical list of articles related to the U.S. state of Maryland. 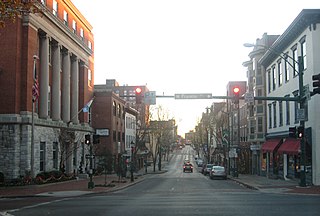 Sugarland Run is a planned community and census-designated place in Loudoun County, Virginia, United States. The population as of the 2010 census was 11,799. In 2020, it was estimated to be 12,956. Sugarland Run is part of the Washington metropolitan area and is 26 miles (42 km) by road northwest of Washington, D.C.