Bando is a team sport – related to field hockey, hurling, shinty, and bandy – which was first recorded in Wales in the eighteenth century. [1]

A bando game is played on a large level field between teams of up to thirty players each of them equipped with a bando: a curve-ended stick resembling that used in field hockey. [1] Although no formal rules are known, the objective of the game was to strike a ball between two marks which served as goals at either end of the pitch. [1] Popular in Glamorgan in the nineteenth century, the sport all but vanished by the end of the century. Now a minority sport, the game is still played in parts of Wales where it has become an Easter tradition.

Bando is believed to have common origins with bandy. The game was first recorded in the late eighteenth century, and in 1797 a traveller en route from Cowbridge to Pyle noted "the extraordinary barrenness" of the locality in ash and elm trees, hard woods ideal for bando bats, and came across hordes of people hastening to the sea shore to watch a game of bando. [2] Whereas the sticks were made of hard wood, the ball, known as a "colby", [3] was normally of yew, box or crabapple. [4] The sport was often played between local villages, with fierce rivalries in the west of Glamorgan between Baglan, Aberavon and Margam and in mid Glamorgan between Pyle, Kenfig and Llangynwyd. [5] Edward Matthews of Ewenni records that no-one above the age of twelve-month would be seen without a bando stick. [2]

Although many pre-industrial games are recorded to be lawless affairs with haphazard rules, the contrary appears true with bando. Once a challenge of a game was made between villages, wagers were normally set which demanded an agreed set of rules, including the number of players, normally between 20 and 30 and the size of the playing area. [6] Matthews records a playing area of 200 yards, with the goal markers at each end set ten yards apart. [6] Despite a set of rules, the game was still open to violent play with players often using their bando sticks to strike their opponents. [7]

One of the more notable teams of the time were the "Margam Bando Boys", a team who played on Aberavon Beach. The team are celebrated in a macaronic ballad, "The Margam Bando Boys", written in the earlier part of the nineteenth century. [1]

Due praises I'll bestow And all the world shall know That Margam valour shall keep its colour When Kenfig's waters flow Our master, straight and tall Is foremost with the ball; He is, we know it, and must allow it, The fastest man of all Let cricket players blame, And seek to slight our fame, Their bat and wicket can never lick it, This ancient manly game

Bando is believed to be the first mass spectator sport of Glamorgan and Wales, and in 1817 a match between Margam and Newton Nottage attracted over 3,000 spectators. [5] The sport remained popular throughout the century with notable personalities known to play the sport including preacher John Elias and future prime minister, David Lloyd George. [8] The sport continued to be played until the second half of the nineteenth century, but was beginning to be replaced by other sports. The game survived in the Aberavon area until the death of Theodore Talbot, the captain of the Margam Bando Boys in 1876. [6] Talbot, the son of Christopher Rice Mansel Talbot and heir to the Margam Estate was a supporter of the sport, and his death coincided with the coming of the Mansel, Avon Vale and Taibach tinworks. [6] The employees turned to a new sport spreading through south Wales, rugby union, with Aberavon Rugby Football Club forming in 1876. [6]

Now a minority sport, the game survives as an amateur game in parts of Wales, and some small-scale attempts have been made to revive the game in the country. Despite having no religious links with Easter, the sport became a tradition on the date as part of some parish festivals. 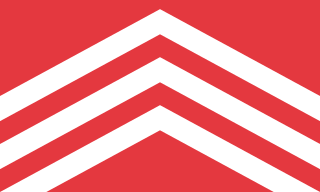 Glamorgan, or sometimes Glamorganshire, is one of the thirteen historic counties of Wales and a former administrative county of Wales. Originally an early medieval petty kingdom of varying boundaries known as Glywysing, then taken over by the Normans as a lordship, the area that became known as Glamorgan was both a rural, pastoral area, and a conflict point between the Norman lords and the Welsh princes. It was defined by a large concentration of castles.

Port Talbot is a town and community in the county borough of Neath Port Talbot, Wales, situated on the east side of Swansea Bay, approximately eight miles from Swansea. The Port Talbot Steelworks covers a large area of land which dominates the south east of the town and is one of the biggest steelworks in the world but has been under threat of closure since the 1980s. The population was 37,276 in 2011.

Kenfig is a village and former borough in Bridgend, Wales. It is situated 1 mile (1.6 km) inland on the north bank of the Bristol Channel, and just south-west of the M4 motorway. To the east is the town of Bridgend, at approximately 6 miles (10 km), and the capital city of Cardiff, at 24 miles (40 km). To the west lies Port Talbot, at approximately 7 miles, and Swansea at approximately 18 miles.

Aberavon is a town and community in Neath Port Talbot county borough, Wales. The town derived its name from being near the mouth of the river Afan, which also gave its name to a medieval lordship. Today it is essentially a district of Port Talbot, covering the central and south western part of the town. Aberavon is also the name of the nearby Blue Flag beach and the parish covering the same area.

Colwinston is both a village and a community in the Vale of Glamorgan, Wales, approximately 4 miles (6.4 km) southeast of the centre of Bridgend and 21 miles (34 km) west of the centre of Cardiff. The village is located within 1⁄2 mile (0.80 km) of the A48. The population in 2005 was approximately 400 but with recent building development, the population is now estimated at over 600 people. 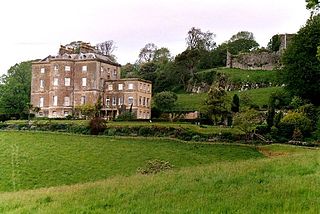 Penrice Castle is a 13th-century castle near Penrice, Swansea on the Gower Peninsula, Wales. Nearby is a neo-classical mansion house built in the 1770s. 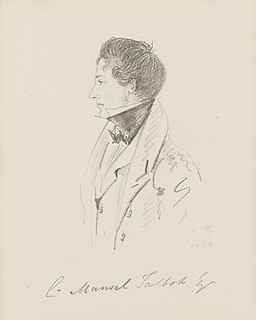 Christopher Rice Mansel Talbot FRS was a Welsh landowner, industrialist and Liberal politician. He developed his estate at Margam near Swansea as an extensive ironworks, served by railways and a port, which was renamed Port Talbot. He served as a Member of Parliament for Glamorgan constituencies from 1830 until his death in 1890, a sixty-year tenure which made him the second longest serving MP in the nineteenth century. He was Lord Lieutenant of Glamorgan, from 1848 to 1890.

Margam is a suburb and community of Port Talbot in the Welsh county borough of Neath Port Talbot, Wales, close to junction 39 of the M4 motorway. The community had a population of 3,017 in 2011; the built up area being larger and extending into Taibach community. 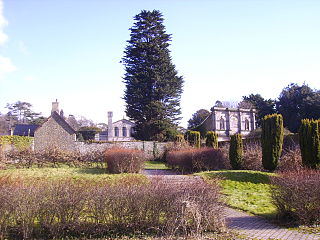 Margam Country Park is a country park estate in Wales, of around 850 acres (3.4 km²). It is situated in Margam, about 2 miles (3 km) from Port Talbot in south Wales. It was once owned by the Mansel Talbot family and is now owned and administered by the local council, Neath Port Talbot County Borough Council. Situated within the park are three notable buildings: Margam Abbey, a Cistercian monastery; Margam Castle, a neo-Gothic country house that was once the seat of the Mansel Talbot family; and the 18th-century Orangery. 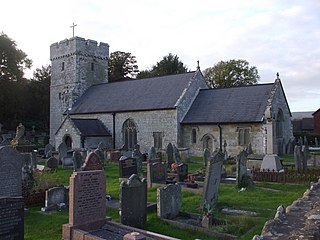 Pyle is a village and community in Bridgend county borough, Wales. This large village is served by the A48 road, and lies less than one mile from Junction 37 of the M4 motorway, and is therefore only a half-hour journey from the capital city of Wales, Cardiff. The nearest town is the seaside resort of Porthcawl. Within the Community, to the northeast of Pyle, is the adjoining settlement of Kenfig Hill, North Cornelly also adjoins Pyle and the built-up area had a population of 13,701 in 2011.

Glamorgan Cattle are a rare British cattle breed. Once common in the counties of Glamorgan, Monmouth, and Brecon, the breed was thought to have died out, until a remnant herd was found in the 1970s. 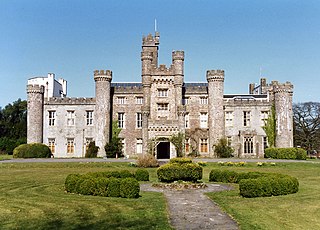 Hensol Castle is a castellated mansion in the gothic architecture style dating from the late 17th century or early 18th century, now a wedding and conference venue for The Vale Resort. It is located north of Clawdd Coch and Tredodridge in the community of Pendoylan in the Vale of Glamorgan, Wales. It is a Grade I listed building.

The Port Talbot Railway and Docks Company (PTR&D) was formed in 1894 to secure the means of bringing minerals, chiefly coal, to the harbour in South Wales. It took over the docks at Port Talbot that had been operated by the Port Talbot Company. It opened its main line in 1897 and reached a connection with the Great Western Railway Garw Valley line the following year. A branch line to collieries near Tonmawr also opened in 1898. The lines were extremely steeply graded and operation was difficult and expensive, but the company was successful. Passenger operation on the main line started in 1898, but this was never a principal part of the business. For some time most of the passenger train service was operated by a railmotor that was the largest ever to work in the United Kingdom. Also in 1898 the Ogmore Valleys Extension (OVE) line, a part of the PTR&D, was opened. It had been projected as a defensive measure against competitive incursion, and it led from Margam Junction towards Tondu. 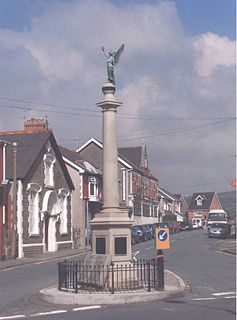 Kenfig Hill is a village in Bridgend County Borough, South Wales. It is bordered by Pyle to the south-west, Cefn Cribwr to the north-east, North Cornelly to the south and Moel Ton-Mawr mountain to the north.

Margam Stones Museum is a small Victorian schoolhouse near Port Talbot, South Wales, which now provides a home for one of the most important collections of Celtic stone crosses in Britain. All originally found within the locality of Margam, and mostly assembled as a collection in the 19th century, they provide enduring testimony to a Welsh Christian culture between the 6th and 16th centuries. The striking Cross of Conbelin is the most celebrated example. From around 1000 AD, it is a huge disc cross with Celtic interlace and plaitwork patterns, figurative scenes including a hunting scene, and inscriptions telling us who made it and who erected it. There are 17 early Christian stones, plus 11 memorials and other stones from the post-Norman periods. The museum is run by Cadw, the Welsh historic sites agency, and is close to Margam Abbey Church and the ruins of the Abbey buildings.