Bangkalan Regency is a regency (Indonesian : kabupaten) of East Java province in Indonesia. The seat of its government is Bangkalan. The regency is located on the west side of Madura Island, bordering with Sampang Regency to the east, Java Sea to the north and Madura Strait to the west and the south sides. It covers an area of 1,260.14 km2, and had a population of 906,761 at the 2010 Census (an increase from 805,048 at the previous census in 2000) and reached 1,060,377 at the 2020 Census. [2]

In 2009, the Suramadu Bridge was completed, being the first (toll) bridge ever to connect Java and Madura islands. The Suramadu Bridge is the longest bridge in Indonesia. Previously, Kamal port was the main gateway between Madura island and Java, where ferries serve the port with the Ujung port nearby Surabaya, but nowadays people prefer to travel across the toll bridge than using ferries, so now only a few ferries serve it in day time only.

Bangkalan Regency has included in the Gerbangkertosusila development regions, an extended region of Surabaya industrial areas.

Bangkalan Regency consists of eighteen districts (Indonesian : kecamatan), tabulated below with their areas and their populations at the 2010 Census [3] and the 2020 Census. [4] The table also includes the location of the district administrative centres, the number of administrative villages (rural desa and urban kelurahan) in each district, and its postcode. 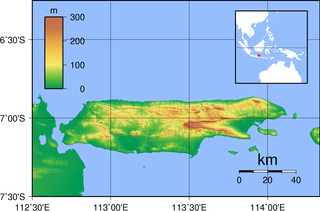 Madura is an Indonesian island off the northeastern coast of Java. The island comprises an area of approximately 4,441.95 km2. Administratively, Madura is part of the province of East Java. It is separated from Java by the narrow Strait of Madura. The administered area has a density of 744 people per km2 while main island has a somewhat higher figure of 826 per km2in 2020. 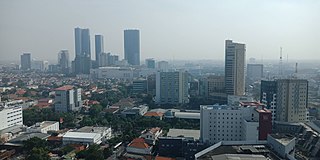 The Suramadu Bridge, also known as the Surabaya–Madura Bridge, is a cable-stayed bridge between Surabaya on the island of Java and the town of Bangkalan on the island of Madura in Indonesia. Opened in June 2009, the 5.4-km bridge is the longest in Indonesia and the second longest in southern hemisphere. It is the first bridge to cross the Madura Strait. 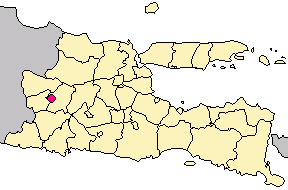 Madiun is a landlocked city in the western part of East Java, Indonesia, known for its agricultural center. It was formerly the capital of the Madiun Regency, but is now administratively separated from the regency. Madiun is commonly known as "Kota Gadis", which is acronym for "Trading, Education and Industrial City" in Bahasa Indonesia 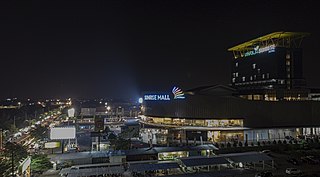 Jember Regency is a regency of East Java province, Indonesia. The population was 2,332,726 at the 2010 census and 2,536,729 at the 2020 Census. Its administrative capital is the urban area of Jember, which with 359,184 inhabitants in 2020 is the third urban area in East Java province but does not have municipality or city status as it is split between three separate districts. Jember is famous for its tobacco farms and traditional food called tape which is made of fermented cassava. 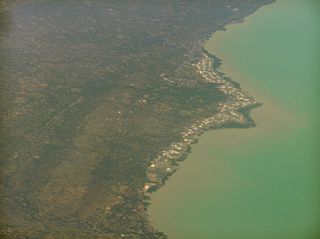 Pamekasan Regency is a regency (kabupaten) of the province of East Java, Indonesia. It is located on Madura Island approximately 120 km east of Surabaya, the provincial capital. 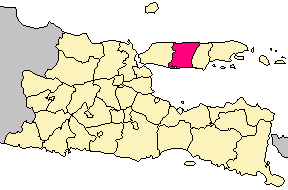 Sampang Regency is a regency of East Java province, Indonesia. It is situated on Madura Island, bordering on Pamekasan Regency to the east, the Java Sea to the north, Bangkalan Regency to the west and Madura Strait to the south. It covers an area of 1,233.3 km2, and had a population at the 2010 census of 877,772 and at the 2020 Census of 969,694. The administrative centre is the port of Sampang, on the south coast of Madura.

Sumenep Regency is a regency of the East Java province, Indonesia. It has an area of 2,093.59 km² and a population of 1,042,312 inhabitants according to the 2010 Census ; the 2020 Census resulted in a total of 1,124,436. The regency occupies the eastern end of Madura island and also includes numerous islands to the east, the north, and the south of Madura. It is bordered by the Pamekasan Regency to the west, Madura Strait to the south, and the Java Sea to the north and east. Its administrative capital is Sumenep. The airport nearby is Trunojoyo Airport with flights to Surabaya. 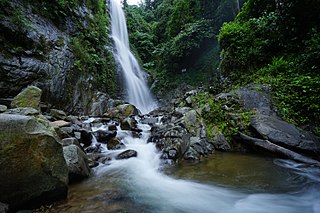 Karawang Regency is a regency (kabupaten) of West Java, Indonesia. The town of Karawang is its administrative centre. The regency covers an area of 1,753.27 km2 and had a population of 2,127,791 people at the 2010 Census, which grew to 2,361,019 at the 2020 Census for a density of 1,347 people per km2. The regency borders Bekasi and Bogor regencies in the west, the Java Sea in the north, Subang Regency in the east, Purwakarta Regency in the southeast, and Cianjur Regency in the south. The regency lies on the eastern outskirts of Metropolitan Jakarta, just outside the Jabodetabek region, and is the site of industrial activity. 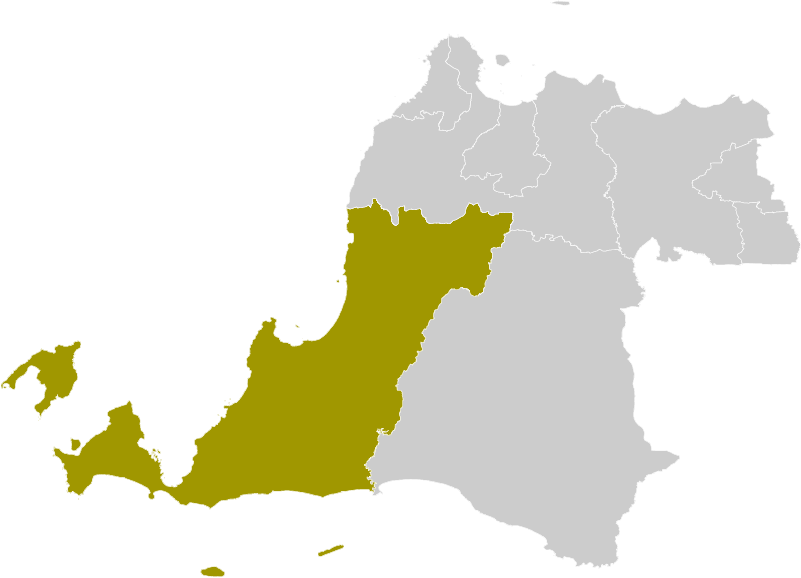 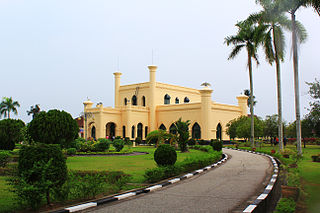 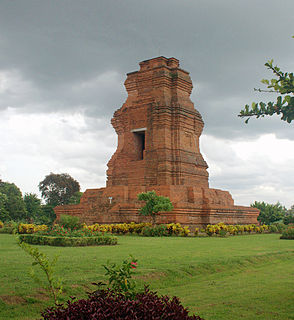 Mojokerto Regency is a regency in East Java Province of Indonesia. It is part of the Surabaya metropolitan area which comprises Gresik Regency, Bangkalan Regency, Mojokerto Regency, Mojokerto City, Surabaya City, Sidoarjo Regency, and Lamongan Regency. The Regency covers an area of 692.15 sq. km. The population of the Regency was 908,004 in 2000, but had risen to 1,025,443 at the 2010 Census and to 1,170,748 at the 2020 Census. Many of them earn their living as small farmers and craftsmen. 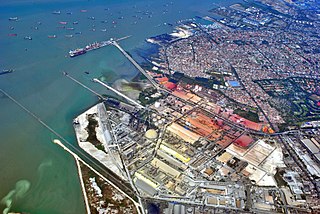 Gresik Regency is a regency within East Java Province of Indonesia. As well as a large part of the Surabaya northern and western suburbs, it includes the offshore Bawean Island, some 125 km to the north of Java and Madura. The regency's administrative centre is the town of Gresik, about 25 km to the northwest of Surabaya. Gresik Regency is also part of Gerbangkertosusila, the metropolitan region of Surabaya.