Barruecopardo is a village and municipality in the province of Salamanca, western Spain, part of the autonomous community of Castile-Leon. It has a population of 504 people and lies 730 metres (2,400 ft) above sea level.

The post code is 37255. Barruecopardo mine is a tungsten mine in the vicinity. 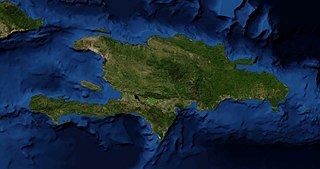 Hispaniola is an island in the Caribbean archipelago known as the Greater Antilles. It is the most populous island in the West Indies and the region's second largest after Cuba. 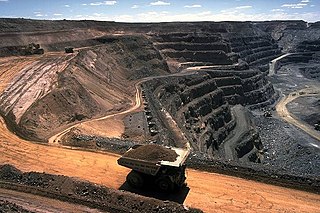 Huelva is a province of southern Spain, in the western part of the autonomous community of Andalusia. It is bordered by Portugal, the provinces of Badajoz, Seville, and Cádiz, and the Atlantic Ocean. Its capital is Huelva. 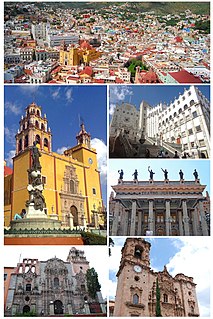 Guanajuato is a city and municipality in central Mexico and the capital of the state of the same name. It is part of the macroregion of the Bajío. It is in a narrow valley, which makes its streets narrow and winding. Most are alleys that cars cannot pass through, and some are long sets of stairs up the mountainsides. Many of the city's thoroughfares are partially or fully underground. The historic center has numerous small plazas and colonial-era mansions, churches, and civil constructions built using pink or green sandstone. 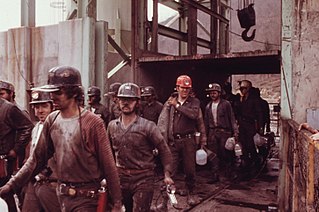 Coal mining is the process of extracting coal from the ground. Coal is valued for its energy content and since the 1880s, has been widely used to generate electricity. Steel and cement industries use coal as a fuel for extraction of iron from iron ore and for cement production. In the United Kingdom and South Africa, a coal mine and its structures are a colliery, a coal mine is a 'pit', and the above-ground structures are a 'pit head'. In Australia, "colliery" generally refers to an underground coal mine. In the United States, "colliery" has been used to describe a coal mine operation, but this usage is less common. 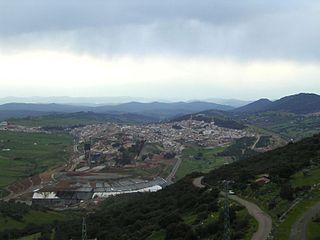 Almadén is a town and municipality in the Spanish province of Ciudad Real, within the autonomous community of Castile-La Mancha. The town is located at 4° 49' W and 38° 46' N and is 589 meters above sea level. Almadén is approximately 300 km south of Madrid in the Sierra Morena. The name Almadén is from the Arabic word المعدن al-maʻdin, meaning 'the metal.' 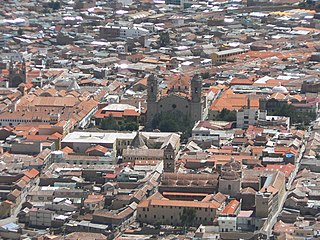 Potosí, known as Villa Imperial de Potosí in the colonial period, is the capital city and a municipality of the Department of Potosí in Bolivia. It is one of the highest cities in the world at a nominal 4,090 metres (13,420 ft). For centuries, it was the location of the Spanish colonial silver mint.

El Oro is the southernmost of Ecuador's coastal provinces. It was named for its historically important gold production. Today it is one of the world's major exporters of bananas. The capital is Machala.

Rio Tinto Group is an Anglo-Australian multinational and the world's second largest metals and mining corporation, behind BHP, producing iron ore, copper, diamonds, gold and uranium. The company was founded in 1873, when a multinational consortium of investors purchased a mine complex on the Rio Tinto, in Huelva, Spain, from the Spanish government. Since then, the company has grown through a long series of mergers and acquisitions to place itself among the world leaders in the production of many commodities, including aluminium, iron ore, copper, uranium, and diamonds. Although primarily focused on extraction of minerals, Rio Tinto also has significant operations in refining, particularly for refining bauxite and iron ore. Rio Tinto has joint head offices in London and Melbourne.

Linares is a city located in the Andalusian province of Jaén, Spain. It is considered the second most important city in that province and had a population of 62,347 in the most recent census. The altitude is 419 metres and the total area of the municipality is 195.15 square kilometres (75.35 sq mi). It is located on kilometer 120 on the Valencia-Córdoba highway (N-322) and is 51 kilometres from the capital, Jaén. 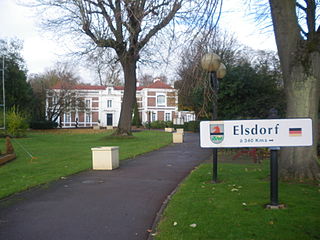 Bully-les-Mines is a commune in the Pas-de-Calais département in northern France. It forms part of the Lens-Liévin urban area, which encompasses 36 French communes and 250,000 inhabitants. For many years it was a major coal mining center. 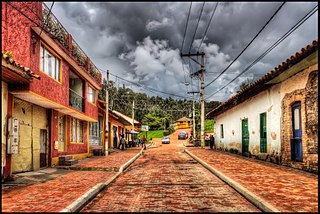 Nemocón is a municipality and town of Colombia in the Central Savanna Province, part of the department of Cundinamarca. Nemocón, famous for its salt mine, was an important village in the Muisca Confederation, the country in the central Colombian Andes before the arrival of the Spanish. The municipality is situated in the northern part of the Bogotá savanna, part of the Altiplano Cundiboyacense with its urban centre at an altitude of 2,585 metres (8,481 ft) and 65 kilometres (40 mi) from the capital Bogotá. Nemocón is the northeasternmost municipality of the Metropolitan Area of Bogotá and the Bogotá River originates close to Nemocón. The median temperature of Nemocón is 12.8 °C. The municipality borders Tausa in the north, Suesca in the east, Gachancipá and Zipaquirá in the south and in the west the rivers Checua and Neusa and the municipality of Cogua. 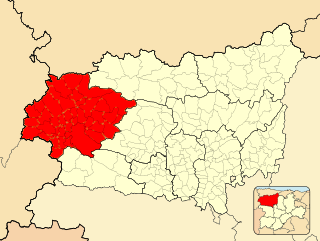 Fabero is a small town in the Province of León and part of the «Castilla y Leon Autonomia» in north west Spain, near Galicia, with a population of about 5000 inhabitants.

Retortillo is a municipality located in the province of Salamanca, Castile and León, Spain. 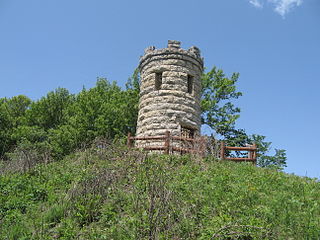 The Mines of Spain State Recreation Area and E. B. Lyons Nature Center is a state park in Dubuque County, Iowa, United States. It is near Dubuque, the eighth-largest city in the state. The park features picnic areas, 15 miles (24 km) of walking/hiking trails, 4 miles (6.4 km) of ski trails, and the Betty Hauptli Bird and Butterfly Garden. It also includes archaeological sites of national importance as an early lead mining and smelting venture led by French explorer Julien Dubuque, as well as Dubuque's gravesite. These sites were collectively designated a National Historic Landmark District as Julien Dubuque's Mines. 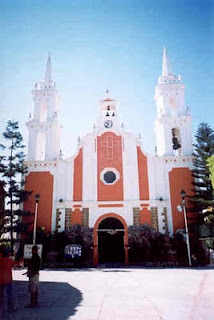 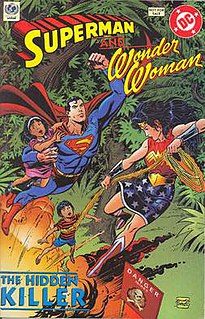 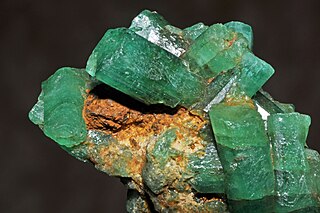 Emeralds are green precious gemstones that are mined in various geological settings. They are minerals in the beryl group of silicates. For more than 4,000 years, emeralds have been among the most valuable of all jewels on Earth. Colombia, located on the continent of South America, is the country that mines and produces the most emeralds for the global market. It is estimated that Colombia accounts for 70-90% of the world's emerald market. While commercial grade emeralds are quite plentiful, fine and extra fine quality emeralds are extremely rare. Colombian emeralds over 50 carat can cost much more than diamonds of the same size.