Dandridge was born in 1737 at Chestnut Grove in New Kent County, Virginia. [2] He was the fourth child and third eldest son of Col. John Dandridge Jr. and his wife Frances Jones. His eldest sister was Martha Washington, the first First Lady of the United States.

New Kent County is a county located in the eastern part the Commonwealth of Virginia. As of the 2010 census, the population was 18,429. Its county seat is New Kent.

Dandridge studied law and quickly made an outstanding reputation. He was elected to the Convention in Richmond in 1775. In 1779, Dandridge was appointed to the general court and because of that he was a judge on the first Court of Appeals. He held that position until his death in 1785. [3] 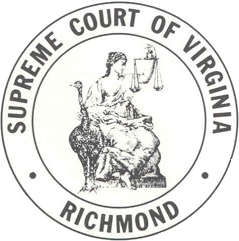 Jeremiah Townley Chase was an American lawyer, jurist, and land speculator from Annapolis, Maryland. He served as a delegate for Maryland in the Continental Congress of 1783 and 1784, and for many years was chief justice of the state’s court of appeals.

Col. Isaac Allerton Jr. was a colonel, planter, politician, merchant, and trader in colonial America. He was first in business with his father in New England, and after his father's death, in Virginia. He was a burgess for Northumberland County and a councilor of Virginia.

Daniel Parke Custis was an American planter and politician who was the first husband of Martha Dandridge. After his death, Dandridge married George Washington, one of the Founding Fathers of the United States and the nation's first president.

John Parke Custis ("Jacky") was a Virginia planter and the son of Martha Washington and stepson of George Washington.

Benjamin Waller was descended from a Virginia family established in the state since the 17th century. He was born in King William County, Virginia, the son of Col. John and Dorothy (King) Waller, and was trained as a lawyer utilizing the legal library of Sir John Randolph. Benjamin Waller was a clerk of the general court for a number of years and, in 1777, he was named presiding judge of the court of admiralty in Williamsburg, Virginia. Subsequently he served as a judge on the first Court of Appeals where he remained until 1785 when the court moved to Richmond, Virginia.

Ambrose Madison was an American planter and politician in the Piedmont of Virginia. He married Frances Taylor in 1721, daughter of James Taylor, a member of the Knights of the Golden Horseshoe Expedition across the Blue Ridge Mountains from the Tidewater. Through her father, Madison and his brother-in-law Thomas Chew were aided in acquiring 4,675 acres in 1723, in what became Orange County. There he developed his tobacco plantation known as Mount Pleasant The Madisons were parents of James Madison Sr. and grandparents of President James Madison. 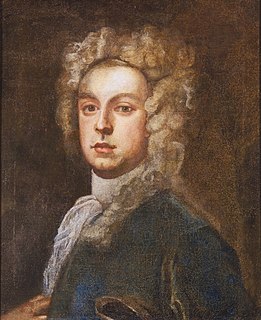 Charles Magill was a Virginia lawyer, politician, and judge. Son of John Magill and Magdalene (Dickinson) Magill. Emigrated from Ireland 1768.

John Tyler Sr. was a Virginia planter, judge, 15th Governor of Virginia (1808–1811) and the father of the tenth President of the United States, John Tyler Jr.

John Pride III was an American politician from Virginia. Pride served in both houses of the Virginia General Assembly, and as Clerk of Court for Amelia County. He was a delegate to the Virginia Ratifying Convention of 1788, and a presidential elector in 1789 and 1792.

Dandridge is a surname. Notable people with the surname include: