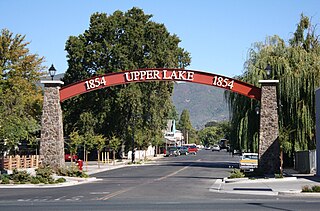 Upper Lake is a census-designated place (CDP) in Lake County, California, United States. Upper Lake is located 8 miles (13 km) north of Lakeport, at an elevation of 1345 feet. The population was 1,052 at the 2010 census, up from 989 at the 2000 census. The Habematolel Pomo of Upper Lake are headquartered here. 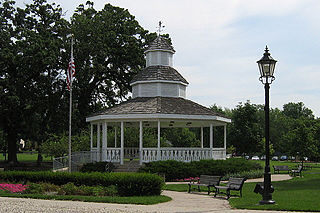 Bartlett is a village located in Cook, DuPage and Kane counties, Illinois. A small parcel on the western border is in Kane County. The population was 41,208 at the 2010 census.[4] 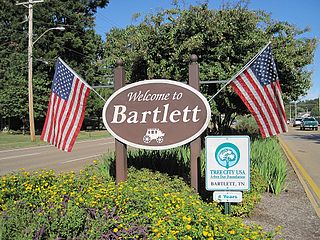 Bartlett is a city in Shelby County, Tennessee, United States, located northeast of Memphis. The population was 54,613 at the 2010 U.S. Census.

Effie M. Morrissey was a schooner skippered by Robert Bartlett that made many scientific expeditions to the Arctic, sponsored by American museums, the Explorers Club and the National Geographic Society. She also helped survey the Arctic for the United States Government during World War II. She is currently designated by the United States Department of the Interior as a National Historic Landmark as part of the New Bedford Whaling National Historical Park. She is the State Ship of Massachusetts.

Bartlett Haystack is a mountain located in Bartlett, New Hampshire. Like the town, the mountain is named after Dr. Josiah Bartlett (1729–1795), one of the signers of the Declaration of Independence and sixth Governor of New Hampshire. Bartlett Haystack is flanked to the west by Mount Tremont, and to the southeast across Bear Notch by Bear Mountain.

Minturn is an unincorporated community in Madera County, California. It is located on the Atchison, Topeka and Santa Fe Railroad and California State Route 99 1.5 miles (2 km) north-northwest of Chowchilla, at an elevation of 236 feet. Minturn is near the Geographic Center of California, between Madera and Merced.

Bartlett Springs is an unincorporated community in Lake County, California. It is located 11 miles (18 km) north of Clearlake Oaks, at an elevation of 2146 feet.

Hoppins Springs is a former settlement in Lake County, California. It was located just east of Bartlett Springs.

Pences is a former settlement in Lake County, California. It was located 12.5 miles (20 km) east of Bartlett Springs.

Holdsworth Glacier is a tributary glacier about 8 nautical miles (15 km) long, flowing northeast from Fuller Dome to enter the southeast side of Bartlett Glacier, in the Queen Maud Mountains of Antarctica. It was named by the Advisory Committee on Antarctic Names for Gerald Holdsworth, who was involved in geological studies at McMurdo Station in the summer of 1965–66.

Bartlett Township is an inactive township in Shannon County, in the U.S. state of Missouri.

Camp Bartlett is a small, isolated, rural unincorporated community in Upper Ojai, Ventura County, California, United States. Six of the twelve cabins in the community, located east of the city of Ojai, burned down in the Thomas Fire in 2017.