In the early 20th century, as director of the California Academy of Sciences in San Francisco, he promoted research on the Revillagigedo Islands off the Pacific coast of Mexico. Mount Evermann on Socorro Island, the highest peak of the archipelago, was named in his honor. A species of lizard, Anolis evermanni , is named in his honor. [2]

In 1888, Evermann entered the service of the United States Bureau of Fisheries, became an ichthyologist in 1891, had charge of the division of scientific inquiry in 1903–1911, and from 1910 to 1914 was chief of the Alaska Fisheries Service. Evermann was fur seal commissioner in 1892 and became chairman of the fur seal board in 1908.

Evermann's family moved to Indiana while he was still a child and it was there that he grew up, completed his education, and married. While teaching in Carroll County, Indiana B.W. met fellow teacher Meadie Hawkins. They married on October 24, 1875. They had a son, Toxaway Bronte, born in 1879, and a daughter, Edith, born in 1894. [1] 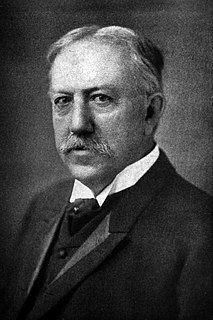 David Starr Jordan was the founding president of Stanford University, serving from 1891 to 1913. He was an ichthyologist during his research career and then served as president of Indiana University.

John Van Denburgh was an American herpetologist from California. 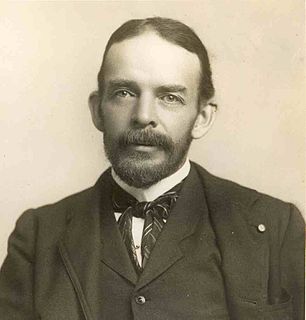 George Brown Goode, was an American ichthyologist and museum administrator. He graduated from Wesleyan University and studied at Harvard University.

Hugh McCormick Smith, also H. M. Smith was an American ichthyologist and administrator in the United States Bureau of Fisheries.

Charles Haskins Townsend was an American zoologist and naturalist who served as the director of the New York Aquarium, from 1902 to 1937.

Carl Henry Eigenmann was a German-American ichthyologist of the late nineteenth and early twentieth centuries, who, along with his wife Rosa Smith Eigenmann, and his zoology students is credited with identifying and describing for the first time 195 genera containing nearly 600 species of fishes of North America and South America. Especially notable among his published papers are his studies of the freshwater fishes of South America, the evolution and systematics of South American fishes, and for his analysis of degenerative evolution based on his studies of blind cave fishes found in parts of North America and in Cuba. His most notable works are The American Characidae (1917–1929) and A revision of the South American Nematognathi or cat-fishes (1890), in addition to numerous published papers such as "Cave Vertebrates of North America, a study of degenerative evolution" (1909) and "The fresh-water fishes of Patagonia and an examination of the Archiplata-Archelenis theory" (1909).

Rosa Smith Eigenmann was an American ichthyologist, as well as a writer, editor, former curator at the California Academy of Sciences, and the first librarian of the San Diego Society of Natural History. She "is considered the first woman ichthyologist in the United States." Eigenmann was also the first woman to become president of Indiana University's chapter of Sigma Xi, an honorary science society. She authored twelve published papers of her own between 1880 and 1893, and collaborated with her husband, Carl H. Eigenmann, as "Eigenmann & Eigenmann" on twenty-five additional works between 1888 and 1893. Together, they are credited with describing about 150 species of fishes.

The blotched foxface, also called the blackblotch foxface or one-spot foxface, is a species of marine ray-finned fish, a rabbitfish belonging to the family Siganidae. It is found at reefs and lagoons in the central Indo-Pacific. Except for the black spot on the rear upper body, it resembles the closely related foxface rabbitfish.

The Gulf grouper is a species of marine ray-finned fish, a grouper from the subfamily Epinephelinae which is part of the family Serranidae, which also includes the anthias and sea basses. It is endemic to Mexico. 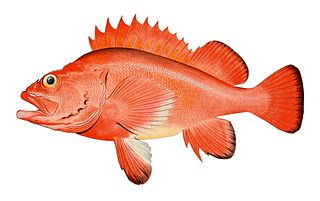 The rougheye rockfish is a rockfish of the genus Sebastes. It is also known as the blackthroat rockfish or the blacktip rockfish and grows to a maximum of about 97 cm (38 in) in length, with the IGFA record weight being 14 lb 12 oz (6.7 kg). Similar to many other members of its genus, it is extremely long-lived, and has been known to reach an age of 205 years.

Evermann Cove is a cove 0.2 nautical miles (0.4 km) long, lying just southwest of Jordan Cove along the south side of Bird Island, South Georgia. It was surveyed by the South Georgia Biological Expedition, 1958–59, and was named by the UK Antarctic Place-Names Committee in 1960 for Barton W. Evermann, an American zoologist on the staff of the United States Fish Commission from 1891 to 1903 and its successor, the United States Bureau of Fisheries, from 1903 to 1914, and a specialist in administrative and legal problems relating to the fur seal.

Alepidomus evermanni is a freshwater species of silverside endemic to western Cuba. This species grows to 3.3 cm (1.3 in) in standard length. It is the only known member of its genus. This species was described as Atherina evermanni by Carl H. Eigenmann in 1903 with a type locality of San Cristobal, Cuba. The specific name honours the American ichthyologist Barton Warren Evermann (1853-1932).

Alvin Seale was a naturalist known for his aquarium design and as an ichthyologist.

Charles Harvey Bollman (1868–1889) was an American naturalist who published on fishes and myriapods, becoming known internationally for his work in a short career before dying at the age of 20, considered by David Starr Jordan one of the most brilliant and promising naturalists he had ever known.

Charles Lincoln Edwards (1863–1937) was an American zoologist. His research included studies of development in reptiles and sea cucumbers, chromosomes of Ascaris roundworms, and taxonomy of sea cucumbers and copepods, naming at least five species of copepods found in sea cucumber body cavities.