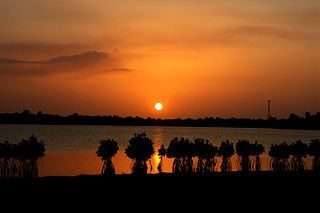 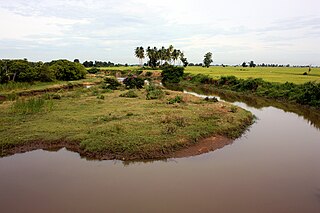 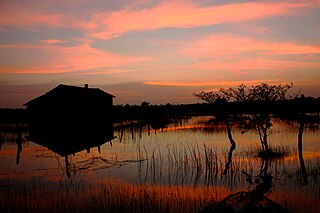 Batticaloa may refer to:

Batticaloa Electoral District is one of the 22 multi-member electoral districts of Sri Lanka created by the 1978 Constitution of Sri Lanka. The district is conterminous with the administrative district of Batticaloa in the Eastern province. The district currently elects 5 of the 225 members of the Sri Lankan Parliament and had 344,750 registered electors in 2010.

Ammer Ali Seyed Mohammad Sihabdeen is a Sri Lankan politician, a member of the Parliament of Sri Lanka and a Deputy Minister of Rural Economic Affairs. Ameer Ali is married and has three sons.

The Batticaloa line is a railway line in Sri Lanka. Branching off the Northern line at Maho Junction, the line heads east through North Central Province and south-easterly through Eastern Province before terminating at the eastern city of Batticaloa. The line is 212 kilometres (132 mi) long and has 31 stations. The line opened in 1928. There were no services on the Polonnaruwa-Batticaloa stretch of the line between 31 October 1996 and 12 April 2003 due to the civil war. The Udaya Devi service operates on the line.

Mahajana College is a provincial school in Batticaloa, Sri Lanka.

The 1978 cyclone in Eastern province was the strongest tropical cyclone to strike Eastern province of Sri Lanka on November 23, 1978. The cyclone was started at local time 6.30 pm and continued to next day morning and damaged the areas from Trincomalee to Arugam bay. In eastern province, Akkaraipattu, Ninthavur, Kalmunai, Kaluwanchikuddy, Pattiruppu, Chettipalayam, Thalankudah, Kattankudy, Batticaloa, Eravur and Kalkudah were most affected area due to cyclone's vortex zone.

Mahamood Lebbe Alim Mohamed Hizbullah is a Sri Lankan politician and state minister. Hizbullah and his Hira Foundation has developed a controversial status due to his close ties with Saudi Arabia and his role in the propagation Wahabism and the Arabization of Sri Lankan Muslims. He is also among those that had ties with National Thowheeth Jama'ath which carried out the 2019 Sri Lanka Easter Bombings.

Sinnakutty Odayar Canagaratnam was a Ceylon Tamil civil servant, politician and member of the State Council of Ceylon.