Last updated May 04, 2022
Scottish clan battle fought in 1426 at Achardale, about 8 miles south of Thurso

The Battle of Harpsdale (Battle of Achardale, Battle of Harpasdal) was a Scottish clan battle fought in 1426 at Achardale, about 8 miles (13 km) south of Thurso. The Clan Mackay had invaded Caithness from the west and Harpsdale was where the local Clan Gunn chose to make a stand. Despite great slaughter on both sides, the battle appears to have been inconclusive. [2]

Sir Robert Gordon (1580–1656) wrote an account of the battle in his book, the Genealogical History of the Earldom of Sutherland:

In the days of Robert, Earl of Sutherland, the year 1426, Angus-Dow Mackay, and his son Niel, assembling all the forces of Strathnaver, they entered into Caithness with all hostility, and spoiled the same. The inhabitants of Caithness convened with all diligence, and fought against Angus-Dow Mackay at Harpsdale, where there was great slaughter on either side. The report hereof came to the ears of King James the First, who thereupon came north to Inverness, of intention to pursue Angus-Dow Mackay. Hearing of the king's being at Inverness, he came and submitted himself to the king's mercy, and gave his son Niel in pledge for his good obedience from thenceforward: which submission the king accepted, and sent Niel Mackay to remain in captivity on the Bass Rock who from thenceforth was always called Niel-Bass Mackay. [3]

In the aftermath of this and several other battles, including Harlaw, King James I of Scotland assembled a Parliament at Inverness in spring 1427 to restore order in the Highlands. Many Highland chiefs were arrested and punished including Alexander MacDonald, Lord of the Isles and his mother Mary, the Countess of Ross.

After the battle, when he heard that the King was at Inverness, Angus Du Mackay came and submitted himself to the King's mercy and gave his son Neil in pledge of his obedience in time coming. The King accepted and sent Neil Mackay to remain in captivity on the Bass Rock in the Firth of Forth. Afterwards he was called Neil Wasse Mackay. [4] Angus Dow Mackay, who was called the "leader of 4000 Mackays" of Strathnavern was arrested as well as Kenneth More, John Ross, William Leslie, Angus Murray and Macmaken, each of them also a chief of 2,000. Two men were tried, condemned, and beheaded. One of them, who had murdered the late Lord of the Isles, was also executed in impartial justice. The others were scattered as prisoners in different castles and time after time, some were condemned to death and some were restored to liberty. [4] 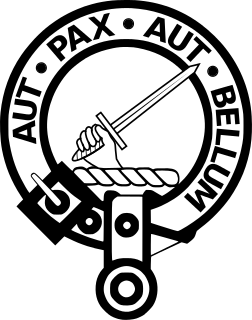 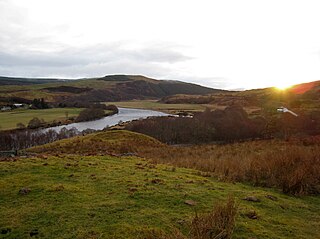 The Battle of Tuiteam Tarbhach was a Scottish clan battle in which the Mackays wiped out raiders from the Clan MacLeod of Lewis who were returning from an attack on Mackay land in Strathnaver. The Mackays caught up with the raiders on the north bank of the River Oykel some three miles west of where the river joins the River Cassley at the head of the Kyle of Sutherland. The battle probably took place in 1406, but the date is uncertain from the manuscripts.

The Battle of Dingwall was a Scottish clan battle said to have taken place in the year 1411, in Dingwall in the Scottish Highlands. It was fought between the Clan Mackay and the Clan Donald.

The Battle of Drumnacoub was a Scottish clan battle involving factions of the Clan Mackay fought in the far northwest of Scotland, some time between 1427 and 1433. It took place on a hill called Carn Fada at the southern end of the Kyle of Tongue, between Ben Loyal and the village of Tongue. It was fought between members of the Clan Mackay and men of the Clan Sutherland. The battle was recorded by the 15th century chronicler, Walter Bower, in his work Scotichronicon. 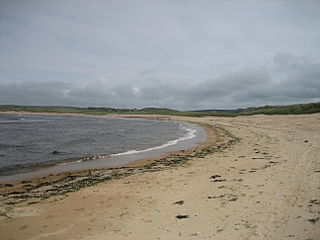 The Battle of Tannach was a Scottish clan battle fought about 3 miles (4.8 km) southwest of Wick, in the far north of Scotland. It was fought between men of the Clan Keith and Clan Mackay from Strathnaver against men of the Clan Gunn and possibly their allies the Clan Oliphant and Clan Sutherland from Caithness. The date is uncertain, it was probably in 1464 but may have been in 1438. 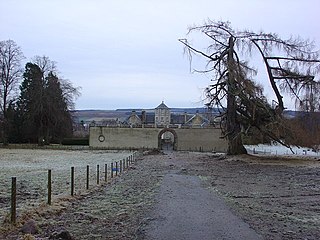 The Battle of Allt Camhna was a Scottish clan battle fought in 1586 between the Clan Gunn and Clan Mackay against the Clan Sinclair.

The Battle of Leckmelm was a Scottish clan battle that took place in 1586, in the Scottish Highlands. It was fought between the Clan Gunn against the Clan Sutherland, Mackays of Aberach and the MacLeods of Assynt.

Angus Du Mackay, 7th of Strathnaver was the seventh chief of the Clan Mackay, a Highland Scottish clan. He is recorded in the 15th-century Scottish chronicle, Scotichronicon, as Enneas-en-Imprissi meaning Angus the Absolute due to his power of commanding 4000 men. 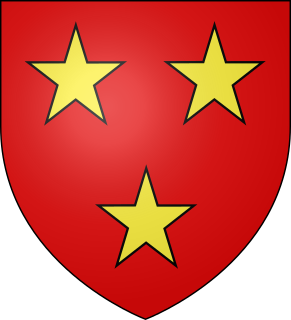 The Battle of Alltachuilain (or Ald-Quhillin was a Scottish clan battle that took place in 1518 or 1519 in the parish of Loth, county of Sutherland, Scotland. It was fought between factions of the Clan Sutherland in a dispute over the Earldom of Sutherland.

The Battle of Clynetradwell was a Scottish clan battle that took place in 1590 in the county of Sutherland between the forces of Alexander Gordon, 12th Earl of Sutherland and George Sinclair, 5th Earl of Caithness.

The Murrays of Aberscross were a minor noble Scottish family who were seated at Aberscross Castle, in the county of Sutherland, Scotland. The Murrays in Sutherland are recorded specifically as a clan in two Acts of the Scottish Parliament of the 16th century.

Donald Mackay, 11th of Strathnaver, was the eleventh chief of the ancient Clan Mackay, a Scottish clan of the Scottish Highlands.