The Beehive is the common name for the Executive Wing of the New Zealand Parliament Buildings, located at the corner of Molesworth Street and Lambton Quay, Wellington. It is so-called because its shape is reminiscent of that of a traditional woven form of beehive known as a "skep". It is registered as a Category I heritage building by Heritage New Zealand.

Construction was completed in 1981. The building houses the offices of the prime minister and other ministers. Thus, the name "Beehive" is closely linked with the New Zealand Government. [2] It is often used as a metonym for the New Zealand leadership at large [3] (in the same sense that the term "White House" refers to the U.S. executive branch).

In the 1960s the government proposed an extension of Parliament House, which had only been partly built in 1922. Prime Minister Keith Holyoake had wanted to complete the original plan, but the government architect persuaded him to approve a modern building which would house parliamentary offices. [4] In 1964, Scottish architect Sir Basil Spence provided the original conceptual design of a round building rising in steps. The detailed architectural design was undertaken by the New Zealand government architect Fergus Sheppard, and structural design of the building was undertaken by the Ministry of Works. [5] The Beehive was built in stages between 1969 and 1979. [6] W. M. Angus constructed the first stage - the podium, underground car park and basement for a national civil defence centre, and Gibson O'Connor constructed the ten floors of the remainder of the building. [7]

Renovations were carried out and the interior was modernised between 1998 and 2006 to plans by Christchurch architecture firm Warren and Mahoney. In 2013 and 2014, the roof was repaired and windows replaced. [5]

The building is ten storeys (72 metres (236 ft)) high and has four floors below ground. [10] The entrance foyer's core is decorated with marble floors, stainless steel mesh wall panels, and a translucent glass ceiling. [6]

The Beehive's brown roof is made from 20 tonnes of hand-welted and seamed copper. It has developed a naturally weathered appearance. A tunnel runs under Bowen Street from The Beehive to parliamentary offices in Bowen House. [5] The Beehive is extensively decorated with New Zealand art. On the inner wall of the Banquet Hall is a 42-metre-long 4.8 metre-high mural by John Drawbridge portraying the atmosphere and sky of New Zealand. [11]

The Beehive's circular footprint (see rotunda) is generally considered an elegant and distinctive design feature. However it is also quite impractical, as many of its rooms are wedge-shaped, curved or asymmetrical. [12] An extension has been built out the front to allow for a new security entrance. A new, bomb-proof mail delivery room has already been built at the rear of the building. [10]

The Beehive has, since 1992, featured as part of the design of the New Zealand twenty-dollar note. A survey commissioned by the Reserve Bank of New Zealand found that the Beehive is "a New Zealand icon and as such is readily recognisable". [13]

The top floor is occupied by the Cabinet room, with the prime minister's offices directly beneath on the ninth floor (and part of the eighth). [5] The upper portion of the Beehive also contains the offices of other ministers; senior ministers are situated at proximity to the prime minister's office according to their ranking in Cabinet. The seniority of a minister is reflected in how far up the building they are. [14] [5] Some ministers, especially junior ministers, are instead based in Bowen House. [14]

Other facilities within the building include function rooms and a banqueting hall on the first floor of the Beehive, which is the largest function room in the parliamentary complex. The parliamentary catering facilities of Bellamy’s include a bar known as Pickwicks or 3.2 (due to its position in the building on the third floor and second corridor), Copperfield's café, and the Member's and Member's and Guests restaurants. The building also houses, in its basement, the country's National Crisis Management Centre. [9] Other facilities include a theatrette and a swimming pool. The parliament building is used by MPs who hold meetings or are discussing bills or new laws.

The New Zealand Parliament's Visitor Centre, open most days from 9 am to 5 pm, is located on the ground floor of the Beehive. [15] Free guided tours lasting up to one hour are available, as are educational visits for students.

The politics of New Zealand function within a framework of a unitary parliamentary representative democracy. New Zealand is a constitutional monarchy in which a hereditary monarch—since 6 February 1952, Queen Elizabeth II—is the sovereign and head of state.

Archives New Zealand is New Zealand's national archive and the official guardian of its public archives. As the government's recordkeeping authority, it administers the Public Records Act 2005 and promotes good information management throughout government.

The Cabinet of New Zealand is the New Zealand Government's body of senior ministers, responsible to the New Zealand Parliament. Cabinet meetings, chaired by the prime minister, occur once a week; in them, vital issues are discussed and government policy is formulated. Though not established by any statute, Cabinet has significant power in the New Zealand political system and nearly all bills proposed by Cabinet in Parliament are enacted. 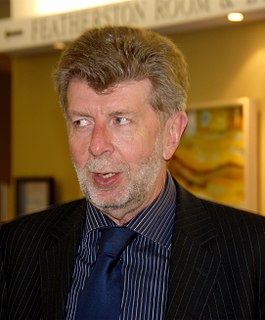 Maurice Donald Williamson is a New Zealand diplomat and former politician who represented Pakuranga in the House of Representatives as a member of the National Party. He held several ministerial portfolios both inside and outside the cabinet: Transport, Communications, Broadcasting, Local Government, Research Science and Technology, Building and Construction, Customs, Small Business, Statistics and Land Information.

Marie Bernadine Hasler is a former New Zealand politician. She was a member of Parliament for the National Party from 1990 to 1993, and then again from 1996 to 2002.

New Zealand Parliament Buildings house the New Zealand Parliament and are on a 45,000 square metre site at the northern end of Lambton Quay, Wellington. They consist of the Edwardian neoclassical-style Parliament House (1922); the Parliamentary Library (1899); the executive wing, called "The Beehive" (1977); and Bowen House, in use since 1991. Whilst most of the individual buildings are outstanding for different reasons, the overall setting that has been achieved "has little aesthetic or architectural coherence".

The Government of New Zealand, or New Zealand Government, is the administrative complex through which authority is exercised in New Zealand. As in most parliamentary democracies, the term "Government" refers chiefly to the executive branch, and more specifically to the collective ministry directing the executive. Based on the principle of responsible government, it operates within the framework that "the Queen reigns, but the government rules, so long as it has the support of the House of Representatives". The Cabinet Manual describes the main laws, rules and conventions affecting the conduct and operation of the Government.

The Canterbury Earthquake Recovery Authority was the public service department of New Zealand charged with coordinating the rebuild of Christchurch and the surrounding areas following the 22 February 2011 earthquake. After it was disestablished on 18 April 2016, CERA's functions were taken over by a variety of other agencies.

Parliament House in Wellington is the main building of the New Zealand Parliament Buildings. It contains the debating chamber, Speaker's office, visitors' centre, and committee rooms. It was built between 1914 and 1922, replacing an earlier building that burned down in 1907. Parliament started using the yet to be completed building from 1918. Parliament House was extensively earthquake strengthened and refurbished between 1991 and 1995. It is open for visitors almost every day of the year, and is one of Wellington's major visitor attractions. Parliament House is a Category I heritage building registered by Heritage New Zealand.

Bowen House is a 22-storey office building on the corner of Lambton Quay and Bowen Street, Wellington, New Zealand, that is leased by the New Zealand Parliament and houses some members of Parliament and government staff.

The Minister of Economic Development is a minister in the government of New Zealand with the responsibility of promoting development of New Zealand's economy, and is in charge of the Ministry of Business, Innovation and Employment. The position was established in 1999.