Beman attended the public schools of Marietta and graduated from Marietta College with the Class of 1890. He married Bertie Burr on October 3,1894. Dawes engaged in agriculture and engineering,and became interested in public utilities. He was President of The Ohio River Bridge &Ferry Company in 1903 when the Williamstown - Marietta Bridge was constructed. He served in the U.S. House of Representatives from Ohio's 15th District from 1905 to 1909,the Fifty-ninth and Sixtieth United States Congresses. After his retirement from Congress,Dawes became interested in the production of oil and the building of electric railways. Along with his wife,he founded the Dawes Arboretum,an endowed institution dedicated to the education of youth. In 1914,he was elected president and chairman of the board of directors of the Pure Oil Company.

Beman Gates Dawes died in Newark,Ohio. His body was entombed in a mausoleum at the Dawes Arboretum. 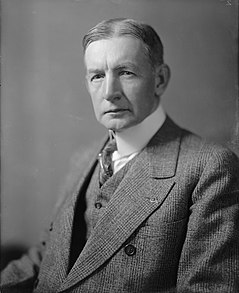 Charles Gates Dawes was an American banker,general,diplomat,composer,and Republican politician who was the 30th vice president of the United States from 1925 to 1929 under Calvin Coolidge. For his work on the Dawes Plan for World War I reparations,he was a co-recipient of the Nobel Peace Prize in 1925. 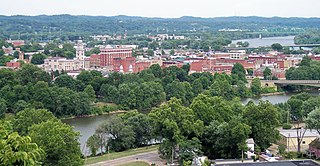 Marietta is a city in,and the county seat of,Washington County,Ohio,United States. It is located in southeastern Ohio at the confluence of the Muskingum and Ohio Rivers,11 miles (18 km) northeast of Parkersburg,West Virginia. As of the 2020 census,Marietta has a population of 13,385 people and is the principal city of the Marietta Micropolitan Statistical Area,which includes all of Washington County,and is the second-largest city in the Parkersburg–Marietta–Vienna,WV–OH Combined Statistical Area.

The Northwest Territory,also known as the Old Northwest and formally known as the Territory Northwest of the River Ohio,was formed from unorganized western territory of the United States after the American Revolutionary War. Established in 1787 by the Congress of the Confederation through the Northwest Ordinance,it was the nation's first post-colonial organized incorporated territory. 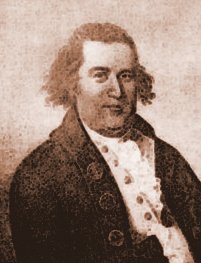 William Dawes Jr. was one of several men who in April 1775 alerted colonial minutemen in Massachusetts of the approach of British army troops prior to the Battles of Lexington and Concord at the outset of the American Revolution. For some years,Paul Revere had the most renown for his ride of warning of this event.

George White was an American politician who served as the 52nd governor of Ohio.

The Ohio Company of Associates,also known as the Ohio Company,was a land company whose members are today credited with becoming the first non-Native American group to permanently settle west of the Allegheny mountains. In 1788 they established Marietta,Ohio,as the first permanent settlement of the new United States in the newly organized Northwest Territory. 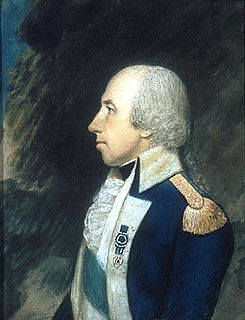 Brigadier-General Rufus Putnam was a colonial military officer during the French and Indian War,and a general in the Continental Army during the American Revolutionary War. As an organizer of the Ohio Company of Associates,he was instrumental in the initial settling of the Northwest Territory in present-day Ohio following the war.

Manasseh Cutler was an American clergyman involved in the American Revolutionary War. He was influential in the passage of the Northwest Ordinance of 1787 and wrote the section prohibiting slavery in the Northwest Territory. Cutler was also a member of the United States House of Representatives. Cutler is "rightly entitled to be called 'The Father of Ohio University.'"

The Dawes Arboretum is a nonprofit arboretum located in Newark,Ohio. It includes nearly 2,000 acres (8 km2) of plant collections,gardens and natural areas. The site includes approximately 12 miles (19 km) of hiking trails and roadways for a four-mile (6 km) driving tour. 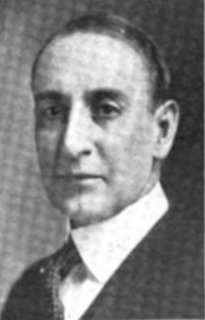 Rufus Cutler Dawes was an American businessman in oil and banking from a prominent Ohio family. He and his three brothers all became nationally known. In the 1920s he served as an expert on the commissions to prepare the Dawes Plan and the Young Plan to manage German reparations to the Allies after World War I. 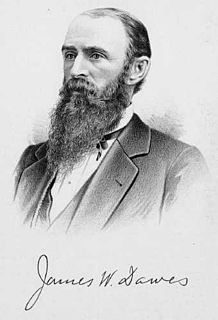 James William Dawes was a Republican state politician. He served as the fifth governor of Nebraska from 1883 to 1887.

Rufus R. Dawes was a military officer in the Union Army during the American Civil War. He used the middle initial "R" but had no middle name. He was noted for his service in the famed Iron Brigade,particularly during the Battle of Gettysburg. He was a post-war businessman,Congressman,and author,and the father of four nationally known sons,one of whom,Charles G. Dawes,won the Nobel Peace Prize and served as Vice President of the United States,and of two daughters. He was himself a great-grandson of William Dawes,who alerted colonial minutemen of the approach of the British army prior to the Battles of Lexington and Concord at the outset of the American Revolution,and a maternal great-grandson of the Rev. Manasseh Cutler,who was instrumental in adoption of the Northwest ordinance of 1787,led the formation of the Ohio Company of Associates,and became "Father of Ohio University". 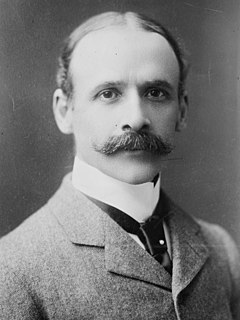 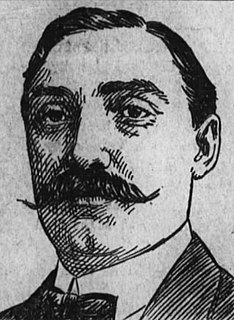 Joseph Lafayette Rhinock was a U.S. Representative from Kentucky,businessman and mayor. Born in Owenton,Kentucky,Rhinock moved during his childhood to Covington,Kentucky,attending public school there.

Adoniram Judson Warner was a U.S. Representative from Ohio and an officer in the Union Army during the American Civil War. 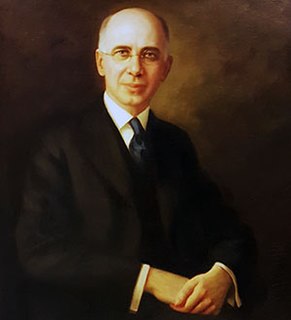 Henry May Dawes was an American businessman and banker from a prominent Ohio family. He served as a United States Comptroller of the Currency from 1923 to 1924 and also worked as an executive in the oil industry.

Dawes is a surname. Notable people with the surname include: 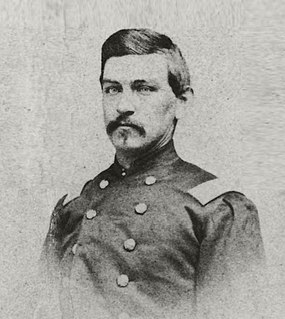 Ephraim Cutler Dawes was a major in the 53rd Ohio Infantry and brevet lieutenant-colonel,United States Volunteers,during the American Civil War. Dawes was present at the Battle of Shiloh and Battle of Vicksburg,among others,serving under Ulysses S. Grant and William T. Sherman. One of his notable acts occurred during battle,where Dawes disobeyed and cursed an officer who had become scared and disoriented. While serving with Sherman during his march to Atlanta Dawes was seriously wounded in his lower jaw in what would be his last battle,subsequently being honorably discharged in 1864. 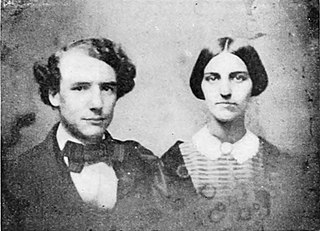 Robert Richard Oliver was a lieutenant colonel in the American Revolutionary War and a representative and president of the council of the Northwest Territory's first general assembly.