Between 1957 and 1961 he studied mime with Jacques Lecoq, a period he later regarded as important to his work as a composer. He joined the Groupe de Recherches Musicales (GRM) in 1959 for a two-year master class, shortly after its founding by Pierre Schaeffer. After leaving his studies with Lecoq, he was first a sound engineer and was later put in charge of the Music/Image unit for French television (ORTF). There he worked in the studio with several notable composers, Iannis Xenakis, for example. [3]

While at ORTF Parmegiani produced music for numerous film directors including Jacques Baratier and Peter Kassovitz, and for A, a 1965 short film animated by Jan Lenica. He also wrote a number of jingles for the French media and the "Indicatif Roissy" that preceded every PA announcement at Terminal 1 of Charles de Gaulle Airport in Paris until 2005. [3]

Parmegiani composed his first major work, Violostries, for violin and tape in 1964 for a choreography performed for Théâtre Contemporain d'Amiens directed by Jacques-Albert Cartier. During a visit to America in the late 1960s, Parmegiani researched the link between music and video and on his return produced several musical videos, including L'Œil écoute, and L'Écran transparent (1973) during a residency at Westdeutscher Rundfunk in Germany. In the 1970s, he also became involved with live performances of jazz and performed with the Third Ear Band in London. [4]

At this time Parmegiani also started writing acousmatic pieces for performance in the concert hall: examples are Capture éphémère of 1967 which deals with the passage of time, and L'Enfer (1972), a collaboration with the composer François Bayle, based on Dante's Divine Comedy . [3]

In 1992 Parmegiani left the GRM and set up his own studio in Saint-Rémy-de-Provence. [5] In April 2010 he sat on the jury at the sixth Qwartz Electronic Music Awards, a promotional project and support group for electronic music artists.

Parmegiani has been cited as a major influence by younger experimentalists like Aphex Twin, Autechre and Sonic Youth. [6] Works of his were performed at the All Tomorrow's Parties festivals in 2003 and 2008.

His music has won awards, among them prizes from the Académie du Disque Français in 1979, SACEM in 1981, Les Victoires de la Musique in 1990, and the Prix Magister at the Concours International de Bourges in 1991. [4] In 1993 he was awarded the Golden Nica Award at Prix Ars Electronica for Entre-temps composed the previous year..d

Musique concrète is a type of music composition that utilizes recorded sounds as raw material. Sounds are often modified through the application of audio effects and tape manipulation techniques, and may be assembled into a form of montage. It can feature sounds derived from recordings of musical instruments, the human voice, and the natural environment as well as those created using synthesizers and computer-based digital signal processing. Compositions in this idiom are not restricted to the normal musical rules of melody, harmony, rhythm, metre, and so on. It exploits acousmatic listening, meaning sound identities can often be intentionally obscured or appear unconnected to their source cause. 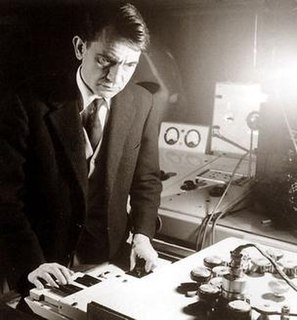 Pierre Henri Marie Schaeffer was a French composer, writer, broadcaster, engineer, musicologist and acoustician. His innovative work in both the sciences—particularly communications and acoustics—and the various arts of music, literature and radio presentation after the end of World War II, as well as his anti-nuclear activism and cultural criticism garnered him widespread recognition in his lifetime. 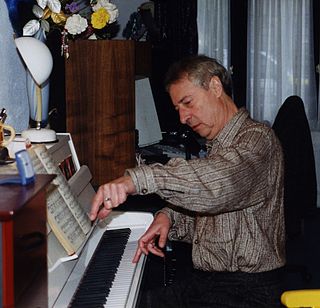 Luc Ferrari was a French composer of Italian heritage and a pioneer in musique concrète and electroacoustic music. He was a founding member of RTF's Groupe de Recherches Musicales (GRMC), working alongside composers such as Pierre Schaeffer and Pierre Henry.

Acousmatic sound is sound that is heard without an originating cause being seen. The word acousmatic, from the French acousmatique, is derived from the Greek word akousmatikoi (ἀκουσματικοί), which referred to probationary pupils of the philosopher Pythagoras who were required to sit in absolute silence while they listened to him deliver his lecture from behind a veil or screen to make them better concentrate on his teachings. The term acousmatique was first used by the French composer and pioneer of musique concrète Pierre Schaeffer. In acousmatic art one hears sound from behind a "veil" of loudspeakers, the source cause remaining unseen. More generally, any sound, whether it is natural or manipulated, may be described as acousmatic if the cause of the sound remains unseen. The term has also been used by the French writer and composer Michel Chion in reference to the use of off-screen sound in film. More recently, in the article Space-form and the acousmatic image (2007), composer and academic Prof. Denis Smalley has expanded on some of Schaeffers' acousmatic concepts. Since the 2000s, the term acousmatic has been used, notably in North America to refer to fixed media composition and pieces.

Acousmatic music is a form of electroacoustic music that is specifically composed for presentation using speakers, as opposed to a live performance. It stems from a compositional tradition that dates back to the introduction of musique concrète in the late 1940s. Unlike musical works that are realised using sheet music exclusively, compositions that are purely acousmatic often exist solely as fixed media audio recordings.

Michel Chion is a French film theorist and composer of experimental music.

Francis Dhomont is a French composer of electroacoustic / acousmatic music.

Yves Prin is a French composer and conductor of classical music. 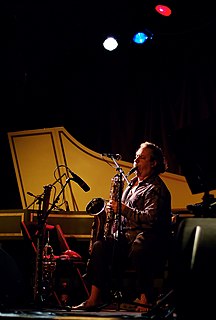 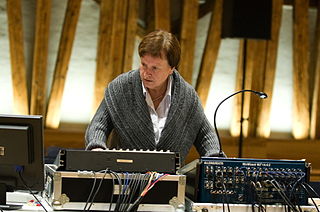 François Bayle is a composer of Electronic Music, Musique concrète. He coined the term Acousmatic Music.

Guy Reibel is a French contemporary classical music composer. Made his musical studies at the Conservatoire de Paris. Trained under Olivier Messiaen. He is a pioneer of the Groupe de Recherches Musicales with Pierre Schaeffer, François Bayle, Luc Ferrari, François-Bernard Mâche, Iannis Xenakis, Bernard Parmegiani, Marcelle Deschênes. He has also collaborated with French public broadcasting stations like France Musique and France Culture. He is also cited as the conceptualizer of the Omni.

Christian Zanési is a French composer. 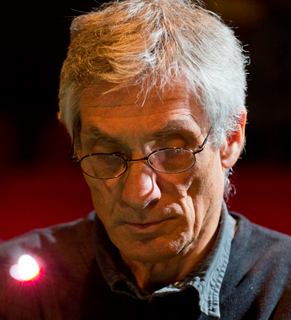 Patrick Ascione was a French composer of electroacoustic and acousmatic music. 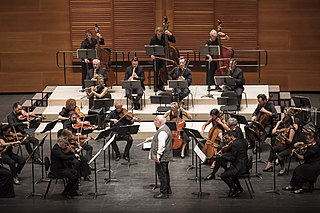 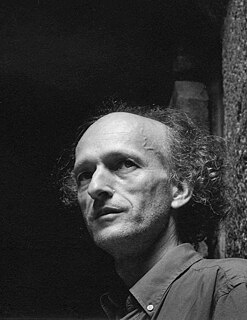 Denis Dufour is a composer of serious music.

Marcel Frémiot was a French composer and musicologist. 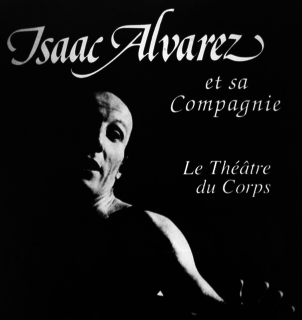 Isaac Alvarez was a French actor, mime, and choreographer. He founded the École du théâtre du mouvement in Paris in 1956 alongside Jacques Lecoq. In 1981, he founded the Théâtre du Moulinage in Lussas.