Bernard Siegel (April 19, 1868 – July 9, 1940) was an Austro-Hungarian born American character actor, whose career spanned both the silent film era, as well as carrying over into the beginning of sound pictures. His career spanned over 25 years, during which time he performed in over 50 films.

Siegel was born in the city of Lemberg (today known as Lviv, Ukraine), in the province of Galicia in the Austria-Hungarian Empire on April 19, 1868. His film career began with a small featured role in the 1913 silent film, The Third Degree (which would be remade in 1919, and again in 1926, the latter film being the first film directed by Michael Curtiz [1] ). Over the next 26 years he would appear in almost 70 films, most of those films taking place during the silent era. He would only act in thirteen sound films. [2]

(Filmography based on the AFI database, with supplemental information from Media Bang) [2] 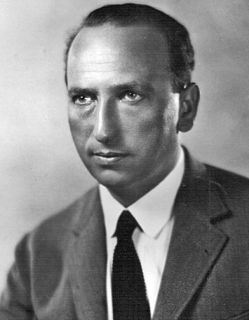 Francis Phillip Wuppermann, known professionally as Frank Morgan, was an American character actor on radio, stage and film. He was best known for his appearances in films starting in the silent era in 1916, and then numerous sound films throughout the 1930s and 1940s, with a career spanning 35 years mostly as a contract player at Metro-Goldwyn-Mayer, with his most celebrated performance playing the title role in The Wizard of Oz (1939). He was also briefly billed early in his career as Frank Wupperman and Francis Morgan.

Lottie Williams was an American character actress whose career spanned both the silent and sound film eras.

Alraune is a 1918 Hungarian science fiction horror film directed by Michael Curtiz and Edmund Fritz and starring Géza Erdélyi. Little is known about this film which is now believed to be lost. It is a variation on the original legend of Alraune in which a Mad Scientist creates a beautiful but demonic child from the forced union between a woman and a mandrake root.

Lalita Pawar was a prolific Indian actress, who later became famous as a character actress, appearing in over 700 films in Hindi, Marathi and Gujarati cinema. She featured in hit films such as Netaji Palkar (1938), made by Bhalji Pendharkar, New Hana Pictures' Sant Damaji, Navyug Chitrapat's Amrit, written by VS Khandekar, and Chhaya Films' Gora Kumbhar. Her other memorable roles were in the films Anari (1959), Shri 420 and Mr & Mrs 55, and the role of Manthara, in Ramanand Sagar's television epic serial Ramayan.

Michael Curtiz (1886–1962) was a Hungarian-born American film director whose career spanned from 1912 to 1961. During this period he directed, wholly or in part, 181 films. Initially in Europe, and then in the United States, Curtiz moved from silent films to talkies, led the way in two- and three-color Technicolor, directed the first feature in VistaVision, and worked in CinemaScope. He worked in many genres, including swashbuckling adventures, westerns, musicals, melodramas, comedies, spectacles, and film noirs. 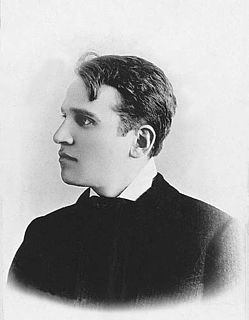 The Exile is a 1914 Hungarian silent film directed by Michael Curtiz.

The Devil (1918) is a Hungarian film version of Ferenc Molnár's play, directed by Michael Curtiz. The film was remade for American audiences by James Young in 1921, starring George Arliss in his film debut. 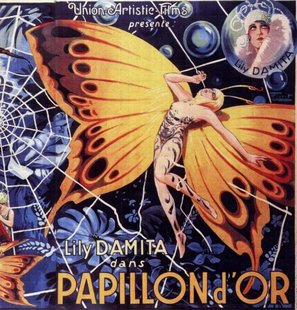 The Golden Butterfly is a 1926 Austrian-German silent drama film directed by Michael Curtiz and starring Hermann Leffler, Lili Damita and Nils Asther. It was based on the 1915 short story "The Making of Mac's" by British author P. G. Wodehouse. The film was released in the United Kingdom as The Golden Butterfly, in a form shortened to 5 reels, and had a limited release in the US under the title The Road to Happiness.

The Third Degree is a 1926 silent romance film produced and distributed by Warner Bros. and directed by Michael Curtiz, in his first American film, based on the hit 1909 play of the same name written by Charles Klein and starring Helen Ware.

Harry Oakes Stubbs was an English-born American character actor, who appeared both on Broadway and in films. He was born on December 7, 1874 in Southampton, Hampshire, England. Stubbs immigrated from England at the age of 16, and made his first Broadway appearance at the age of 31 in The Bad Samaritan, which had a short run of fifteen performances in September 1905 at the Garden Theatre.

Jay Eaton was an American character actor whose career spanned both the silent and sound film eras.