When his brother, who claimed the Kingdom of Majorca, invaded northern Catalonia late in 1389 in an attempt to seize the kingdom's continental possessions (the County of Roussillon), Bernard commanded part of his forces.

After Louis' assassination in 1407, Armagnac remained attached to the cause of Orléans. He married his daughter Bonne to the young Charles, Duke of Orléans in 1410. [4] Bernard d'Armagnac became the nominal head of the faction which opposed John the Fearless in the Armagnac–Burgundian Civil War, and the faction came to be called the "Armagnacs" as a consequence.

He became constable of France in 1415 and was the head of the government of the Dauphin, the future Charles VII, until the Burgundians invaded Paris in the night of 28–29 May 1418. On 12 June 1418, he was one of the first victims of the massacres in which anywhere between 1,000 and 5,000 of his real or suspected followers were killed in the course of weeks throughout the summer. [5]

With Bonne of Berry, they had: 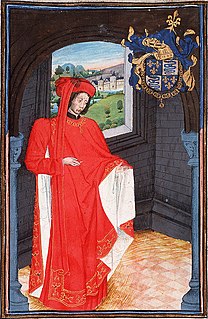 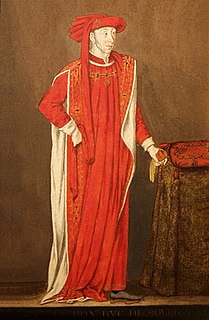 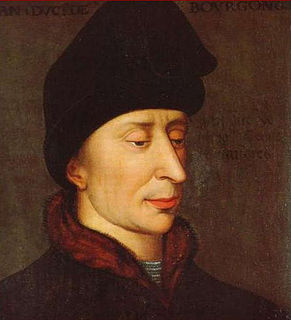 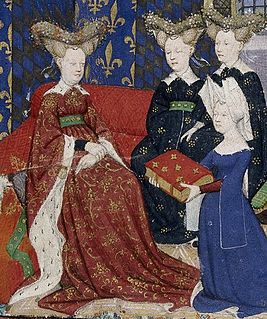 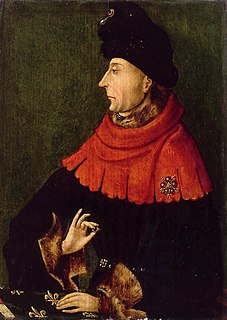 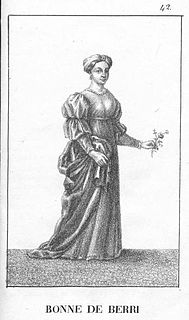 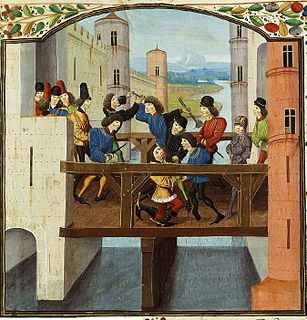 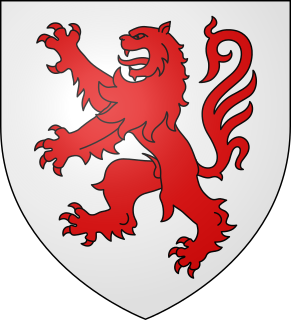 Anne of Armagnac, Dame d'Albret, Countess of Dreux was a French noblewoman and a member of the powerful Gascon Armagnac family which played a prominent role in French politics during the Hundred Years War and were the principal adversaries of the Burgundians throughout the Armagnac-Burgundian Civil War. Anne was the wife of Charles II d'Albret. 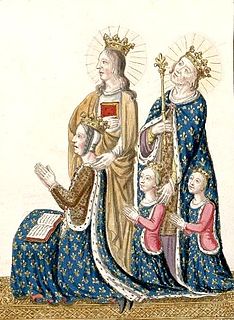 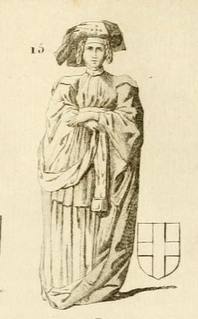 Mary of Burgundy was a Duchess of Savoy by her marriage to Amadeus VIII of Savoy, who was later known as Antipope Felix V. 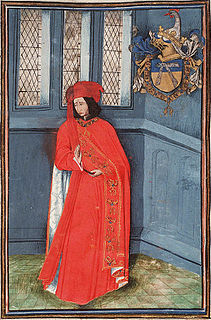 Jean de Villiers, lord of L'Isle-Adam was a French nobleman and military commander who fought in the Hundred Years' War. As a supporter of the Duke of Burgundy, he fought on both sides of the conflict – English and French. He was a Marshal of France and a founding member of the knightly Order of the Golden Fleece. 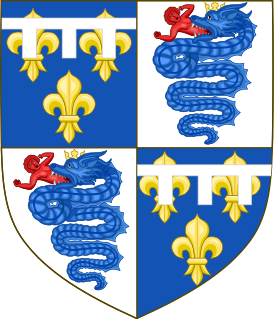