Bernard de Jussieu was born in Lyon. He took a medical degree at Montpellier and began practice in 1720, [1] but finding the work uncongenial he gladly accepted his brother's invitation to Paris in 1722, when he succeeded Sebastien Vaillant (1669–1722) as sub-demonstrator of plants in the Jardin des Plantes. [2] In 1725 he brought out a new edition of Joseph Pitton de Tournefort's Histoire des plantes qui naissent aux environs de Paris, 2 vols., which was afterwards translated into English by John Martyn, the original work being incomplete. In the same year he was admitted into the French Academy of Sciences, and communicated several papers to that body. [3]

Long before Abraham Trembley (1700–1784) published his Histoire des polypes d'eau douce, Jussieu maintained the doctrine that these organisms were in fact animals, and not the flowers of marine plants, which was the notion at the time; to confirm his views, he made three journeys to the coast of Normandy. Singularly modest and retiring, he published very little, but in 1759 he arranged the plants in the royal garden of the Grand Trianon in the Palace of Versailles, according to his own scheme of classification. This arrangement is printed in his nephew Antoine Laurent de Jussieu's Genera plantarum, and formed the basis of that work. He cared little for the credit of enunciating new discoveries, so long as the facts were made public. On the death of his brother Antoine, he could not be induced to succeed him as professor of botany at the Jardin des Plantes, but prevailed upon L. G. Lemonnier to assume the higher position. [3]

He was elected a foreign member of the Royal Swedish Academy of Sciences in 1749. 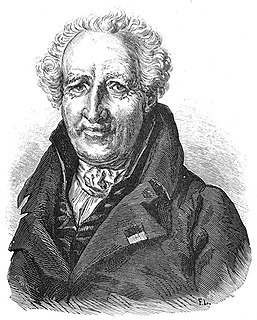 Antoine Laurent de Jussieu was a French botanist, notable as the first to publish a natural classification of flowering plants; much of his system remains in use today. His classification was based on an extended unpublished work by his uncle, the botanist Bernard de Jussieu.

René Antoine Ferchault de Réaumur was a French entomologist and writer who contributed to many different fields, especially the study of insects. He introduced the Réaumur temperature scale. 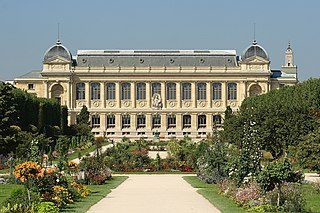 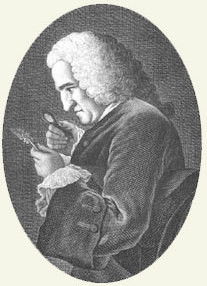 Antoine de Jussieu was a French naturalist, botanist, and physician. The standard author abbreviation Ant.Juss. is used to indicate this person as the author when citing a botanical name.

Michel Adanson was an 18th-century French botanist and naturalist who traveled to Senegal to study flora and fauna. He proposed a "natural system" of taxonomy distinct from the binomial system forwarded by Linnaeus.

The French National Museum of Natural History, known in French as the Muséum national d'histoire naturelle, is the national natural history museum of France and a grand établissement of higher education part of Sorbonne Universities. The main museum, with four galleries, is located in Paris, France, within the Jardin des Plantes on the left bank of the River Seine. It was formally founded in 1793 during the French Revolution, but was begun even earlier in 1635 as the royal garden of medicinal plants. The museum now has 14 sites throughout France. 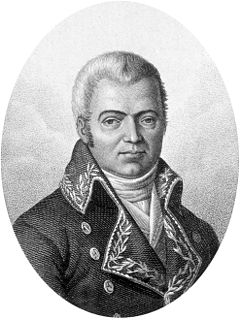 Pierre Marie Auguste Broussonet, French naturalist, who contributed primarily to botany. He was born at Montpellier where he was educated, travelled to Morocco, Spain, the Canary Islands, and southern Africa before he returned to France and served as director of the botanical garden at Montpellier. The tree Broussonetia is named after him.

De Jussieu, the name of a French family which came into prominence towards the close of the sixteenth century, and was known for a century and a half for the botanists it produced. The following are its more eminent members: 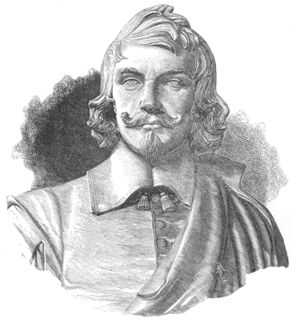 Guy de La Brosse, was a French botanist, doctor, and pharmacist. A physician to King Louis XIII of France, he is also notable for the creation of a major botanical garden of medicinal herbs, which was commissioned by the king. This garden, the Jardin des Plantes was the first botanical garden in Paris, and the second in France.

Joseph Pitton de Tournefort was a French botanist, notable as the first to make a clear definition of the concept of genus for plants. Botanist Charles Plumier was his pupil and accompanied him on his voyages. 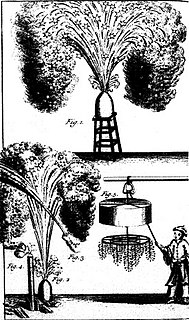 Pierre Nicolas Le Chéron d'Incarville was a French Jesuit and amateur botanist. He was a missionary to China and was the first person to introduce several important plants to the West. During his stay, he was also actively involved in publishing scholarly material on China.

Étienne Pierre Ventenat was a French botanist born in Limoges. He was the brother of naturalist Louis Ventenat (1765–1794). 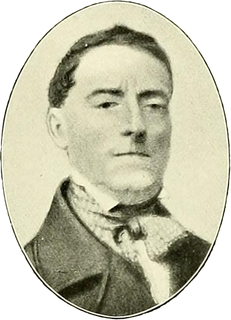 Édouard Spach was a French botanist. The standard author abbreviation Spach is used to indicate this person as the author when citing a botanical name.

Joseph Dombey was a French botanist. He was involved in the "Dombey affair" which was precipitated by British seizure of a vessel his collections were on and diversion of the collections to the British Museum. 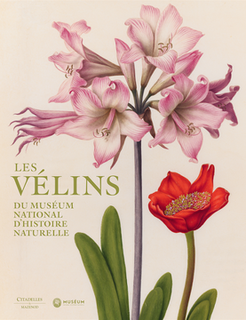 Les Vélins du Roi is a compendium of 6984 plant and animal paintings started in 1631 to document specimens from the royal garden and animal collection. Foremost illustrators such as Nicolas Robert, Pancrace Bessa, Gerard van Spaendonck, Claude Aubriet and Madeleine Françoise Basseporte contributed to the codex through the reigns of Louis XIII, Louis XIV and Louis XV, and the codex was finally entrusted in 1793 to the Museum Nationale d’Histoire Naturelle, where it remains.

Élisabeth Julienne Pommereul was a French botanist who worked under the teachings of the French botanist Tournefort and Swedish botanist Linnaeus to study classifications and counts of grass types in the Jardin du Roi.