Bernd Mayländer (born 29 May 1971 in Waiblingen) is a German racing driver and current Formula One safety car driver. 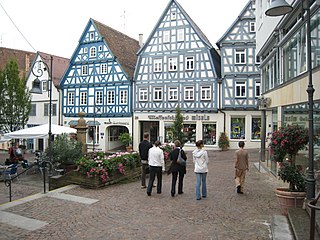 Waiblingen is a town in the southwest of Germany, located in the center of the densely populated Stuttgart region, directly neighboring Stuttgart. It is the capital of the Rems-Murr district. As of September 30, 2004 Waiblingen accommodated 52,948 inhabitants.

Formula One is the highest class of single-seater auto racing sanctioned by the Fédération Internationale de l'Automobile (FIA) and owned by the Formula One Group. The FIA Formula One World Championship has been one of the premier forms of racing around the world since its inaugural season in 1950. The word "formula" in the name refers to the set of rules to which all participants' cars must conform. A Formula One season consists of a series of races, known as Grands Prix, which take place worldwide on purpose-built circuits and on public roads.

Bernd started his career in karting sport at the end of the 1980s. In the following years he made his way to the Formula Ford, the Porsche Carrera Cup and the original DTM. In 2000, he won the 24 Hours Nürburgring in a Porsche 911 GT3-R. When the Deutsche Tourenwagen Masters (DTM) series was resumed in 2000, he drove for Mercedes-Benz. He raced for Mercedes in DTM from 2001 to 2004, having won one race at Hockenheimring in 2001. [1]

Porsche Carrera Cup is a number of one-make sports car racing series competed with Porsche 911 Carreras, including the following:

The Deutsche Tourenwagen Masters is a touring car series sanctioned by DMSB and ITR who have been affiliated to the FIA since 1976 and 2003 respectively. The series is based in Germany, but also with rounds elsewhere in Europe, and races a silhouette racing car based on a mass-produced road car.

Safety car driver in Formula One

Mayländer is the safety car driver for all Formula One races, with his busiest being the 2006 Australian Grand Prix, where he led more laps than all racers but Fernando Alonso, the race winner.

In motorsport, a safety car or pace car is a car which limits the speed of competing cars on a racetrack in the case of a caution period such as an obstruction on the track or bad weather. The aim of the safety car is to enable the clearance of any obstruction under safer conditions, especially for marshals and/or await more favourable track conditions weather-wise. 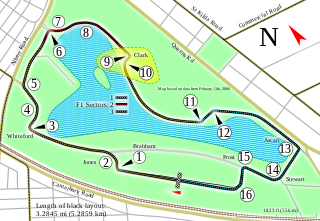 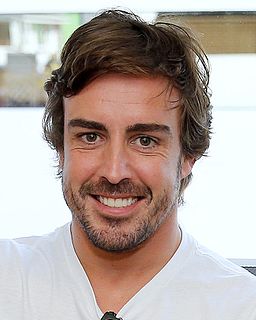 Fernando Alonso Díazaudio (help·info) is a Spanish racing driver and former Formula One racing driver. He is a two-time Formula One World Champion and is often regarded as one of the greatest Formula One drivers in the history of the sport. He has contested 17 seasons of Formula One. Outside Formula One, Alonso won the 2018–19 FIA World Endurance Championship with Toyota Gazoo Racing. He won the 2018 24 Hours of Le Mans at his first attempt and won the race again in 2019. He won the 2019 24 Hours of Daytona, after his debut in 2018. He also contested the 2017 Indianapolis 500, and was due to contest in 2019 but failed to qualify.

He has driven the Formula One safety car since 2000 [2] with the exception of the 2001 Canadian Grand Prix, when he was injured and was replaced by Marcel Fässler. [3]

The 2001 Canadian Grand Prix was a Formula One motor race held on 10 June 2001 at the Circuit Gilles Villeneuve in Montreal, Quebec in front of a crowd of 111,000 people. It was the eighth round of the 2001 Formula One season and the 33rd Canadian Grand Prix as part of the Formula One World Championship. The 69-lap race was won by Williams driver Ralf Schumacher after starting from the second position. Michael Schumacher finished second in a Ferrari and McLaren driver Mika Häkkinen came third. 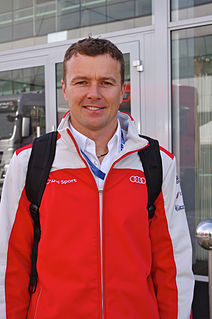 Marcel Fässler is a Swiss professional racing driver. He has competed in the FIA World Endurance Championship as part of Audi Sport Team Joest with co-drivers André Lotterer and Benoît Tréluyer since 2010, winning the 24 Hours of Le Mans three times and capturing the World Endurance Drivers' Championship in 2012.

He also did a notable job at the 2007 Japanese Grand Prix, when he led the race for almost 20 laps of heavy rain and also at the 2010 Korean Grand Prix where he led 26 laps in heavy rain. At the 2011 Canadian Grand Prix he led 28 laps, while race winner Jenson Button led only half a lap, the last half of the last lap.

The 2007 Japanese Grand Prix was a Formula One motor race held on 30 September 2007 at the Fuji Speedway, Oyama, Shizuoka. The 67-lap race was the fifteenth round of the 2007 Formula One season. It was held at the recently revised track in very heavy rain and misty conditions. For the previous 20 years, the Japanese Grand Prix had been held at Suzuka Circuit, but at this race it returned to Fuji for the first time since 1977. The race was won by McLaren driver Lewis Hamilton, who also took pole position and the fastest lap of the race. Heikki Kovalainen achieved his first podium, by finishing second for the Renault team, whilst Kimi Räikkönen finished in third for Ferrari. Adrian Sutil scored Spyker's first and only point by finishing 9th and being promoted to 8th after the race.

The 2010 Korean Grand Prix was a Formula One motor race held on 24 October 2010 at the Korea International Circuit in Yeongam, South Jeolla, South Korea. It was the seventeenth round of the 2010 Formula One season and the first Korean Grand Prix. The 55-lap race was won by Ferrari driver Fernando Alonso, who started from third position. Lewis Hamilton finished second for McLaren and Alonso's teammate Felipe Massa was third.

The 2011 Canadian Grand Prix was a Formula One motor race held on 12 June 2011 at the Circuit Gilles Villeneuve, in Montreal, Quebec, Canada. It was the seventh race of the 2011 Formula One season and the 48th Canadian Grand Prix. The 70-lap race was won by McLaren driver Jenson Button after starting from seventh position. Sebastian Vettel, who started from pole position, finished second in a Red Bull Racing with teammate Mark Webber finishing third.

Mayländer has led over 700 laps in Formula One over this time. [4]

† Driver did not finish, but was classified as he completed 90% of the winner's race distance. 1 - Shanghai was a non-championship round.

Ralf Schumacher is a German former racing driver. He is the younger brother of seven-time Formula One World Champion Michael Schumacher and the pair are the only siblings to win Formula One races.

Karl Wendlinger is an Austrian professional racing and former Formula One driver.

Brands Hatch is a motor racing circuit in West Kingsdown, Kent, England. Originally used as a grasstrack motorcycle circuit on farmland, it hosted 12 runnings of the British Grand Prix between 1964 and 1986 and currently hosts many British and International racing events. The venue is owned and operated by Jonathan Palmer's MotorSport Vision organisation. 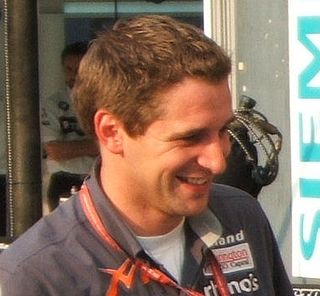 Christijan Albers is a Dutch professional racing driver. After success in the DTM he drove in Formula One from 2005 until the 2007 British Grand Prix, shortly after which he was dropped by the Spyker F1 team. In 2008, he returned to the DTM series as a driver for the Audi Futurecom TME team. Albers acted as Team Principal and CEO of the Caterham F1 Team from July to September 2014 after it was acquired by new team owners.

Paul di Resta is a British racing driver from Scotland who drove in Formula One from 2011 to 2013, became a reserve driver for the Williams F1 team in 2016 driving a single race for them as a substitute driver in 2017. A former DTM and Formula 3 Euroseries champion, di Resta did not secure a Formula One drive for 2014, and rejoined Mercedes to race again in the DTM.

Bernd Schneider is a racing driver from Germany. He is a five-time Deutsche Tourenwagen Masters champion, and a Mercedes Brand Ambassador.

Markus Winkelhock is a German professional racing driver, who has taken part in one Formula One Grand Prix, which he briefly led. He is the son of Manfred Winkelhock and nephew of Joachim Winkelhock, both of whom were Formula One drivers in the 1980s. Having switched to sports and touring car racing, he has also won the FIA GT1 World Championship in 2012 with team-mate Marc Basseng. 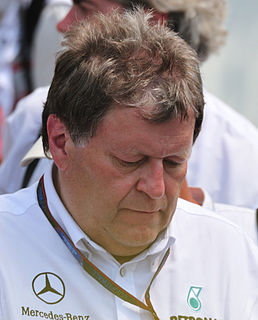 Norbert Haug is a German journalist, and the former Vice President of Mercedes-Benz motorsport activity, including Formula One, Formula 3 and DTM. Under his direction Mercedes-Benz enjoyed considerable success in all categories, winning multiple races and championships.

Marcel Tiemann is a race driver from Germany. He is best known for being a five-time winner of the 24 Hours Nürburgring race with Opel and Porsche.

Suzanne Wolff, is a Scottish former racing driver. Her parents, John and Sally Stoddart, owned a motorcycle dealership in Oban and her father raced bikes competitively. She progressed through the ranks of motorsport, starting off in karting, then moving up to Formula Renault and Formula Three before moving to the DTM to compete for Mercedes-Benz. In 2012, she was signed by the Williams Formula One team to work as a development driver. On 4 November 2015, Wolff announced her retirement from motorsport, beginning after completing the end of season Race of Champions at the end of November. 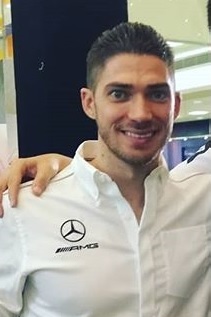 Edoardo Mortara is a professional Swiss-Italian racing driver. Born in Geneva, Switzerland, he holds dual nationality from Switzerland and Italy. He is a former Formula Three Euroseries champion and he almost claimed the DTM title with Audi in 2016. He is a street circuit specialist and renowned as "Mr Macau". Currently, he is racing in the Formula E championship for the Venturi Team. 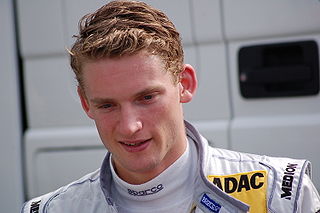 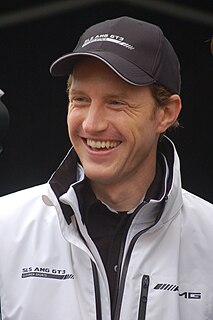