Berrocal de Huebra is a village and municipality in the province of Salamanca, western Spain, part of the autonomous community of Castile-Leon. It is 43 kilometres (27 mi) from the provincial capital city of Salamanca and has a population of 68 people. It lies 899 metres (2,949 ft) above sea level and the post code is 37609. 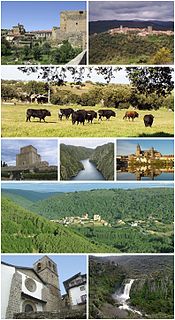 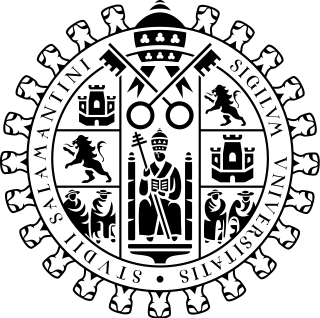 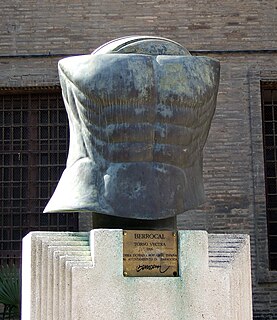 Miguel Ortiz Berrocal was an award-winning Spanish figurative and abstract sculptor. He is best known for his puzzle sculptures, which can be disassembled into many abstract pieces. These works are also known for the miniature artworks and jewelry incorporated into or concealed within them, and the fact that some of the sculptures can be reassembled or reconfigured into different arrangements. Berrocal's sculptures span a wide range of physical sizes from monumental outdoor public works, to intricate puzzle sculptures small enough to be worn as pendants, bracelets, or other body ornamentation.

Berrocal is a city located in the province of Huelva, Spain. According to the 2005 census, the city has a population of 371 inhabitants. 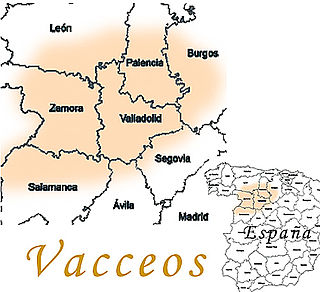 The Vaccaei or Vaccei were a pre-Roman Celtic people of Spain, who inhabited the sedimentary plains of the central Duero valley, in the Meseta Central of northern Hispania. Their capital was Intercatia in Paredes de Nava.

Salvatierra may refer to:

Berrocal is a city in the province of Huelva, Spain. 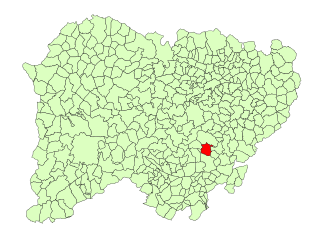 Berrocal de Salvatierra is a village and municipality in the province of Salamanca, western Spain, part of the autonomous community of Castile-Leon. It is 45 kilometres (28 mi) from the provincial capital city of Salamanca and has a population of 91 people.

Carlos Berrocal is a former backstroke and freestyle swimmer from Puerto Rico. He competed for his native country at the 1976 Summer Olympics in Montréal, Quebec, Canada.

Jesús Berrocal Campos is a Spanish professional footballer who plays for Pontevedra CF as a forward.

Unión Deportiva Salamanca, S.A.D. was a Spanish football team based in Salamanca, in the autonomous community of Castile and León.

Hondura de Huebra is a small village in the Barbalos municipality of Salamanca, Spain.

Juan Berrocal González is a Spanish professional footballer who plays for Sevilla Atlético as a central defender. 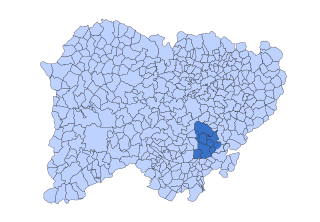 Salvatierra is a subcomarca of Guijuelo in the province of Salamanca, Castile and León, Spain. It contains eight municipalities: 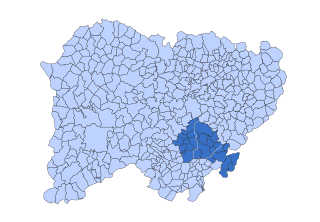 Yolanda del Prado Pascual Berrocal, better known as Yola Berrocal, is a Spanish media personality who has worked as a dancer, singer, and actress.

Carla Berrocal is a Spanish comics illustrator. She is the president of the Professional Association of Illustrators of Madrid and one of the promoters of the Comic Authors' Collective.