Bertha was the daughter of Duke Burchard II of Swabia and his wife Regelinda. In 922, she was married to the Burgundian king Rudolph II. [1] The Welf rulers of Upper Burgundy had campaigned the adjacent Swabian Thurgau region several times, and the marriage was meant as a gesture of reconciliation. With her husband Rudolph, Bertha founded the church of Amsoldingen. [2]

Rudolph died in 937, [3] whereupon Bertha married King Hugh of Italy in what is today Colombier on 12 December 937. [4] This marriage was not a happy one; when Hugh died in 947, Bertha returned to Burgundy. [3]

Between 950 and 960, Bertha founded Payerne Priory, where she was buried. [3] Up to today she is venerated as "Good Queen Bertha" (La reine Berthe) in the Swiss Romandy region, mainly in Vaud, and numerous myths and legends have evolved about her life. [5]

Bertha and Rudolph had: 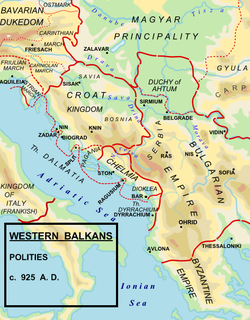 Year 926 (CMXXVI) was a common year starting on Sunday of the Julian calendar. 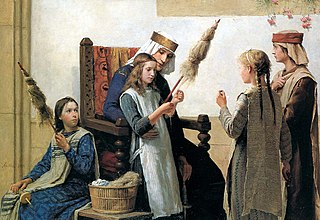 Year 937 (CMXXXVII) was a common year starting on Sunday of the Julian calendar.

Romanos II or Romanus II was Byzantine Emperor from 959 to 963. He succeeded his father Constantine VII at the age of twenty-one and died suddenly four years later. 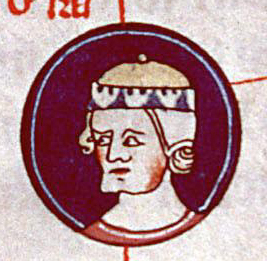 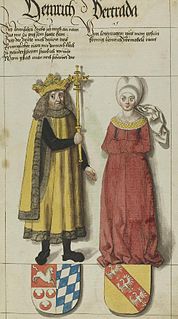 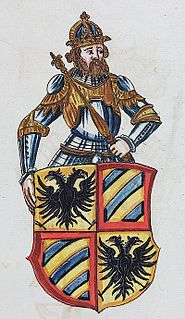 The Elder House of Welf was a Frankish noble dynasty of European rulers documented since the 9th century. Closely related to the Carolingian dynasty, it consisted of a Burgundian and a Swabian group. It has not been definitively clarified, however, whether the two groups formed one dynasty or whether they shared the same name by coincidence only. While the Elder House became extinct in the male line with the death of Duke Welf of Carinthia in 1055, his sister Kunigunde married into the Italian House of Este and became the ancestor of the (Younger) House of Welf.

Lothair II, often Lothair of Arles, was the King of Italy from 948 to his death. He was of the noble Frankish lineage of the Bosonids, descended from Boso the Elder. His father and predecessor was Hugh of Provence, great grandson of Lothair II, King of Lotharingia, and his mother was a German princess named Alda. 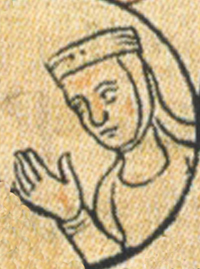 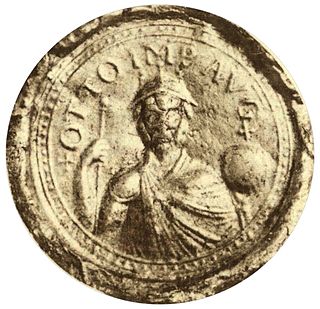 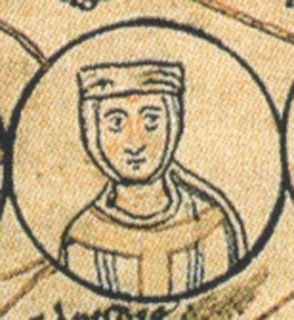