In 1927 at the age of 16, Nuthall tied Elisabeth Moore as the then-youngest women's singles finalist ever at the U. S. National Championships. Nuthall lost the final to Helen Wills in straight sets while serving under-handed. [2] [3] 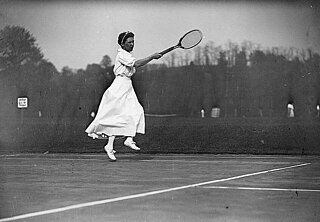 Elisabeth 'Bessie' Holmes Moore was an American tennis champion who was active at the beginning of the 20th century. Moore won the singles title at the U.S. Championships on four occasions. She was inducted into the International Tennis Hall of Fame in 1971. 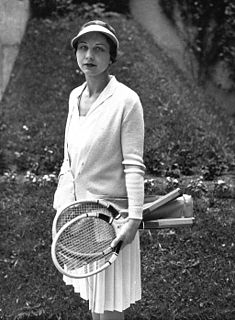 Helen Newington Wills, also known as Helen Wills Moody and Helen Wills Roark, was an American tennis player. She became famous around the world for holding the top position in women's tennis for a total of nine years: 1927–33, 1935 and 1938. She won 31 Grand Slam tournament titles during her career, including 19 singles titles.

Also in 1927, Nuthall played on the British Wightman Cup team and defeated Helen Jacobs in her debut. In her mixed doubles matches, the final of the Nottingham Championships, she won with her partner Pat Spence. [4] She also represented Great Britain in the 1929 and 1931–34 Wightman Cup competitions.

The Wightman Cup was an annual team tennis competition for women contested from 1923 through 1989 between teams from the United States and Great Britain. 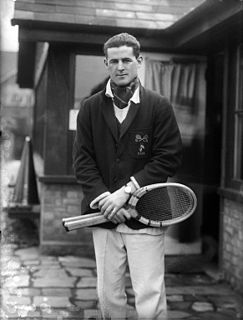 Patrick Spence was a South African tennis player. He was born in Queenstown, South Africa. He competed mainly in Great Britain and found his form in hard court tournaments. He notably won the mixed doubles championships at Wimbledon in 1928 with Elizabeth Ryan and at the French Open in 1931 with Betty Nuthall.

In 1930, Nuthall became the first non-American since 1892 to win a women's singles title at the U. S. National Championships, defeating Anna McCune Harper in straight sets. [5] She was the last British female player to win the title until Virginia Wade won in 1968. In 1931, she reached the singles final of the French International Championships but lost in two sets to first-seeded Cilly Aussem. Also in 1930, she won the mixed doubles with her recurring partner Spence. [6] Nuthall and he went for the British Hard Court Championships in April and were only eliminated in the final, [7] while in May they won the mixed title at the French International Championships. [8]

At the U.S. Championships in 1933, Nuthall won a quarterfinal versus Alice Marble 6–8, 6–0, 7–5 after being down two breaks of serve at 1–5 in the final set. In the semifinal versus Moody, Nuthall won the first set 6–2 in just 12 minutes, which was the first set Wills had lost at this tournament since 1926. Moody, however, turned around the match and won the last two sets 6–3, 6–2 despite losing her serve twice in the second set. Nuthall never again reached the quarterfinals of a Grand Slam singles tournament. 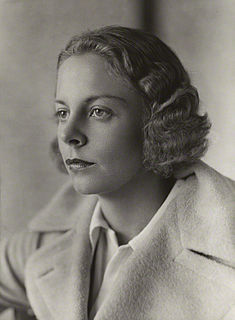 Nuthall was inducted into the International Tennis Hall of Fame in 1977. [2] 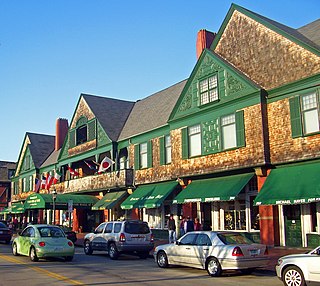 The International Tennis Hall of Fame is located in Newport, Rhode Island, United States. It honors both players and other contributors to the sport of tennis. The complex, the former Newport Casino, includes a museum, grass tennis courts, an indoor tennis facility, and a court tennis facility.

1In 1946, the French Championships were held after Wimbledon. 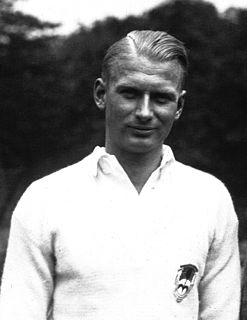 George Martin Lott was an American tennis player and tennis coach who was born in Springfield, Illinois, United States. Lott is mostly remembered as being one of the greatest doubles players of all time. He won the U.S. title five times with three different partners: John Hennessey in 1928; John Doeg in 1929 and 1930; and Les Stoefen in 1933 and 1934. At the U. S. championships singles in 1928, Lott beat Christian Boussus and John Doeg before losing to Frank Hunter in the semi finals. In 1931 Lott beat defending champion Doeg in the semi finals before losing to Ellsworth Vines in the final. In 1934 Lott became a touring professional, thereby giving up his amateur status and the ability to play in Grand Slam tournaments. In 1929 and 1930 he was ranked World No. 6 and No. 7 by A Wallis Myers; No. 6 by Pierre Gillon in 1930; and in 1931 was ranked No. 4 by Züricher Sport. 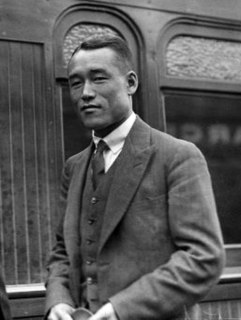 Jiro Sato was a Japanese tennis player. He was ranked World No. 3 in 1933, but committed suicide in the Strait of Malacca during his trip to the Davis Cup in 1934. 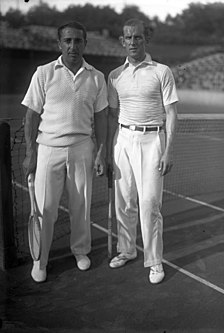 Daniel Prenn was a Russian-born German, Polish, and British tennis player who was Jewish. He was ranked the World No. 6 for 1932 by A. Wallis Myers, and the European No. 1 by "American Lawn Tennis" magazine. He was ranked world # 8 in 1929, world # 7 in 1934, and was ranked # 1 in Germany for the four years from 1928 to 1932. He was a runner-up for the mixed doubles title of Wimbledon in 1930. When the Nazis came to power in Germany in 1933, they barred him from playing because he was Jewish. He emigrated from Germany to England, and later became a successful businessman. 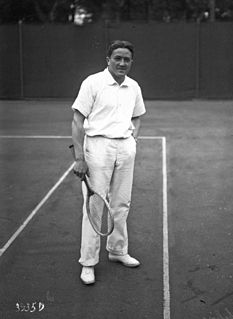 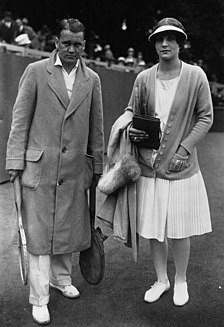 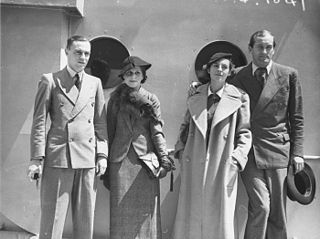 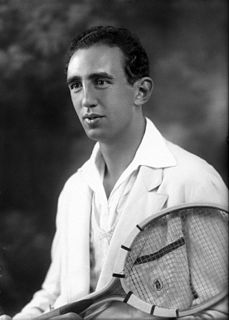 George Lyttleton-Rogers was an Irish tennis player, promoter and coach. He won the Irish Championships title three times,. He was the Canadian and Argentine champion as well. He was a three times runner-up for the Monte Carlo Cup. In 1931 he was the eleventh on the French rankings. 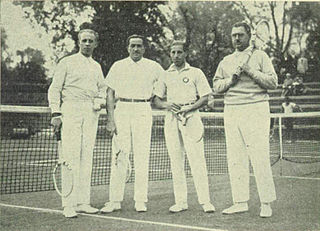 Vladimir Maximilianovich Landau was a Russian-born Monegasque tennis player. In 1931 he was the 14th on the French rankings, which included players of all nationality provided that they played in and represented a French sports club. 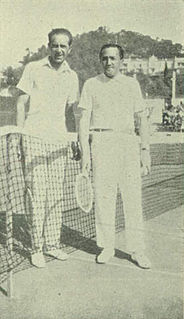 Erik Jean-Louis Worm or simply Louis was a Danish tennis player. He was a three-time Danish national singles and mixed doubles champion and a two times doubles champion Apart from being a Danish champion he was the Austrian champion as well. In club level competitions he represented the Boldklubben af 1893. He was a runner-up for the Monaco tournament in both singles and doubles. 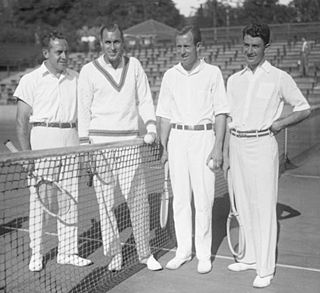 The year 1930 in tennis was a complex mixture of mainly amateur tournaments composed of international, invitational, national, exhibition, team events and joined by a marginal Pro Tour encompassing only British, German, French and American Pro events.

Count Ludwig "Ludi" von Salm-Hoogstraeten was an Austrian tennis player. He competed in the men's outdoor singles event at the 1912 Summer Olympics. He reached the quarterfinal in which he lost to South African Harold Kitson in straight sets.

Iván Balás was a Yugoslav tennis player of Hungarian ethnicity. He was the one of the first to play for the Yugoslavian team at the International Lawn Tennis Challenge, and later the Davis Cup in 1927. Technically his match was the second rubber of the tie. Apart from team competitions, he clinched international championships for Yugoslavia, Hungary, Austria, Romania and Slovakia in various events. 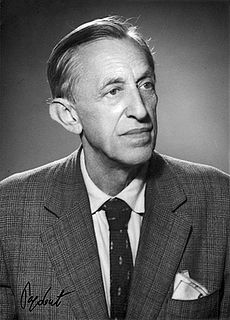 Ivan Radović was a Yugoslav tennis player and painter of Serbian ethnicity. 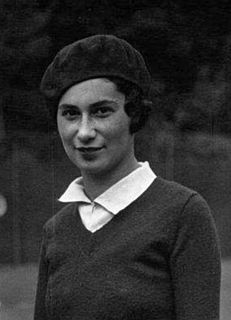 Ida Adamoff was a French tennis player active in the 1930s. 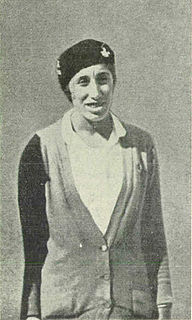 Lucia Valerio was an Italian female tennis player who was active during the late 1920s and the 1930s.