Biathlon at the Winter Olympics

Number of biathletes by nation

The biathlon is a winter sport that combines cross-country skiing and rifle shooting. It is treated as a race, with contestants skiing through a cross-country trail whose distance is divided into shooting rounds. The shooting rounds are not timed per se, but depending on the competition, missed shots result in extra distance or time being added to the contestant's total. 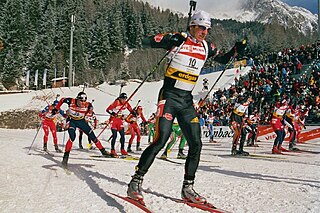 Ricco Groß is a former German biathlete whose exploits made him one of the most successful biathletes of all time at the Winter Olympics and the World Championships. 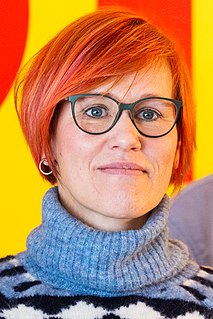 Kati Wilhelm is a German former professional biathlete. Like most German biathletes she is also a member of the German Armed Forces (Bundeswehr) with the rank of master sergeant (Hauptfeldwebel). She currently resides in Steinbach-Hallenberg, also in the Federal State of Thuringia. 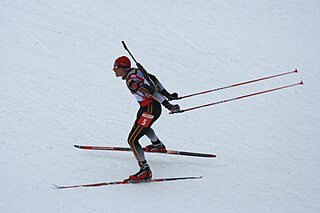 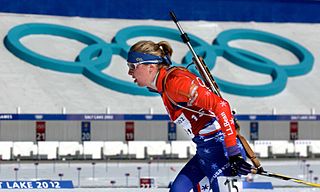 Biathlon at the 2002 Winter Olympics consisted of eight biathlon events. They were held at Soldier Hollow. The events began on 11 February and ended on 20 February 2002. For the first time since 1992, the biathlon program expanded. A new race type, the pursuit was added, the first new race type since the debut of the sprint in 1980. 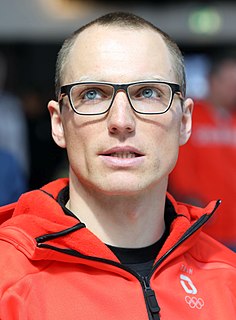 Erik Lesser is a German biathlete. In 2010, he ran his first single World Cup Race. At the 2014 Winter Olympics in Sochi he won a silver medal at Men's individual. At the Biathlon World Championships 2013 he won a bronze medal with the German team in Men's relay. 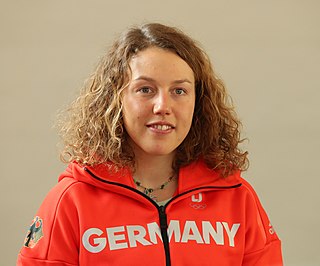 Laura Dahlmeier is a retired German biathlete. Dahlmeier started in her first world cup races in the 2012/13 season. In 2014, she participated in the Winter Olympics in Sochi. She won a record of five gold medals at the World Championships of 2017. In 2018 she became the first woman to win the biathlon sprint and pursuit in the same Olympics. During her career she has won a total of two golds and one bronze at the Olympics, seven gold medals, three silver medals and five bronze medals at World Championships, one overall World Cup and two discipline World Cup titles. Dahlmeier announced her retirement from competition in May 2019, at the age of 25. In October 2019, she released a children's book.

Justine Braisaz-Bouchet is a French biathlete, medalist of The Winter Olympics 2018 and World Championships. She won two individual races in Biathlon World Cup, first victory was the mass start in Annecy in the season 2017/18. She won 5 races with the women a mixed relay and reached another podiums.

Media related to Biathlon at the Olympics at Wikimedia Commons