Halop came from a theatrical family; his mother was a dancer, and his sister, Florence Halop [1] , was an actress who worked on radio and in television. Additionally, he had a brother named Joel. [2]

While studying at the Professional Children's School [2] in New York, he was cast as Tommy Gordon in the 1935 Broadway production of Sidney Kingsley's Dead End [5] and traveled to Hollywood with the rest of the Dead End Kids when Samuel Goldwyn produced a film version of the play in 1937. Usually called Tommy in the films, he had the recurring role of a gang leader in a series of films that featured the Dead End Kids, later billed Little Tough Guys. In his later years, he claimed that he was paid more than the other Dead End actors, which had contributed to bad feelings in the group, and that he was tired of the name "Dead End Kids". He played with James Cagney in Angels with Dirty Faces (1938), and he also played the bully Harry Flashman, speaking with an English accent, in the 1940 film Tom Brown's School Days opposite Cedric Hardwicke and Freddie Bartholomew.

After serving in World War II in the US Army Signal Corps, he found that he had grown too old to be effective in the roles that had brought him fame. At one point, he was reduced to starring in a cheap East Side Kids imitation at PRC studios, Gas House Kids (1946), at age 26. Diminishing film work, marital difficulties, and a drinking problem eventually ate away at his show business career.[ citation needed ]

In the 1970s, Halop enjoyed a career resurgence playing the character Bert Munson, cab driver and close friend to Archie Bunker on the television series "All in the Family". He appeared in 10 episodes from 1971 to 1975, including the famed "Sammy's Visit" episode from the second season in 1972 starring Sammy Davis, Jr.

The nursing skills he learned while taking care of his third wife led him to steady work as a registered nurse at St. John's Hospital in Santa Monica, California. His fourth marriage, to a nurse coworker, whose name has not been publicized, was quickly annulled after she allegedly attacked him. He later moved back in with his second wife Barbara, but they chose not to remarry. [ citation needed ]

Halop died on November 9, 1976 at the age of 56 from a heart attack, and is interred at Mount Sinai Memorial Park Cemetery in Los Angeles, California.

The Dead End Kids were a group of young actors from New York City who appeared in Sidney Kingsley's Broadway play Dead End in 1935. In 1937 producer Samuel Goldwyn brought all of them to Hollywood and turned the play into a film. They proved to be so popular that they continued to make movies under various monikers, including the Little Tough Guys, the East Side Kids, and the Bowery Boys, until 1958.

Leo Bernard Gorcey was an American stage and film actor, famous for portraying the leader of a group of hooligans known variously as the Dead End Kids, The East Side Kids, and, as adults, The Bowery Boys. Gorcey was famous for his use of malapropisms, such as "I depreciate it!" instead of "I appreciate it!" 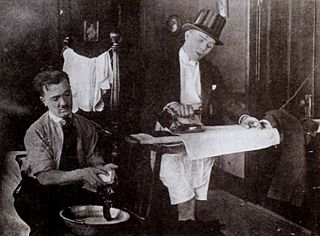 William Bletcher was an American actor and voice actor. He is mostly well known for his role as the voice of Pete in the Mickey Mouse short films from 1932 to 1954.

Kenne Duncan was a Canadian-born B-movie character actor. Hyped professionally as "The Meanest Man in the Movies," the vast majority of his over 250 appearances on camera were Westerns, but he also did occasional forays into horror, crime drama, and science fiction. He also appeared in over a dozen serials.

Donald Barry de Acosta, born Donald Barry De Acosta, known as Red Barry, was an American film and television actor. He was nicknamed "Red" after appearing as the first Red Ryder in the highly successful 1940 film Adventures of Red Ryder; the character was played in later films by "Wild Bill" Elliott and Allan Lane. Barry went on to bigger budget films following Red Ryder, but none reached his previous level of success. He played Red Doyle in the 1964 Perry Mason episode 'The Case of the Simple Simon'. 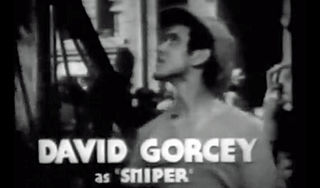 David Gorcey was an American actor best known for portraying "Pee Wee" in Monogram Pictures' East Side Kids series, and "Chuck" in its offshoot The Bowery Boys. He was the younger brother of fellow Bowery Boy Leo Gorcey. 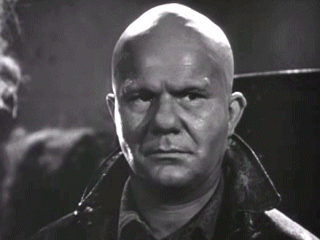