Billy Ray Locklin (September 13, 1936 – November 8, 2019) [1] was an American football defensive lineman who played ten seasons in the Canadian Football League for two different teams. He was a CFL All Star three times.

Hank Locklin was an American country music singer–songwriter. He had 70 chart singles, including two number one hits on Billboard's country chart. His biggest hits included "Send Me the Pillow You Dream On" and his signature "Please Help Me, I'm Falling." The latter also went to number eight on the Billboard Hot 100 pop music chart. Billboard's 100th anniversary issue listed it as the second most successful country single of the rock and roll era. It sold over one million copies, and was awarded a gold disc by the RIAA.

Billy Ray Smith Jr. is an American former professional football player who was a linebacker in the National Football League (NFL) for ten seasons during the 1980s and 1990s. He played college football for the University of Arkansas, and was twice recognized as a consensus All-American. Smith was selected in the first round of the 1983 NFL Draft, and played professionally for the NFL's San Diego Chargers.

Ronald David Pritchard is a former American football linebacker and professional wrestler. Pritchard played nine seasons with the Houston Oilers and the Cincinnati Bengals, first in the American Football League, then in the National Football League.

Billy Brown may refer to:

Stuart Carlton Locklin was a Major League Baseball outfielder who played 25 games for the Cleveland Indians during parts of the 1955 and 1956 seasons. On the baseball diamond, Locklin's nickname was "Lefty." 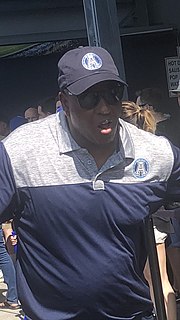 Kerry Barth Locklin is a Canadian football defensive line coach for the Toronto Argonauts of the Canadian Football League (CFL).

Catch Me If You Can is a 1989 American film starring Matt Lattanzi, Loryn Locklin, Grant Heslov, Geoffrey Lewis and M. Emmet Walsh. The film was the directorial debut of writer and director Stephen Sommers, with a soundtrack by Tangerine Dream.

Locklin is a surname. Notable people with the surname include: 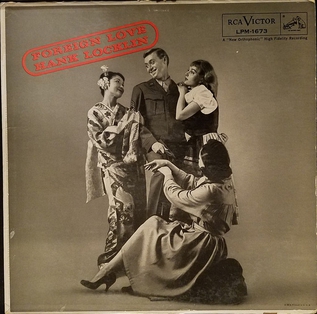 Foreign Love is a studio album by American country singer-songwriter Hank Locklin. It was released in January 1958 via RCA Victor Records and was produced by Chet Atkins. It was the Locklin's debut studio album in his recording career. It was also a concept album that focused around the theme of love overseas. The album would be one of many Locklin concept records issued by RCA Victor until 1972. Foreign Love featured his major hit from 1957, "Geisha Girl." It was received favorably by critics in years following its release. 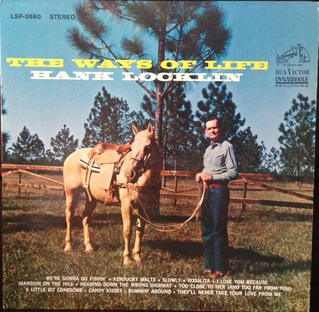 The Ways of Life is a studio album by American country singer–songwriter Hank Locklin. It was released in July 1963 via RCA Victor Records and was produced by Chet Atkins. The Ways of Life was Locklin's seventh studio album in his recording career and contained 12 tracks of new material. Among its songs was the song "We're Gonna Go Fishin'," which became a hit on the American country charts and abroad in the United Kingdom.