Bisaya Magasin is a weekly Cebuano magazine now published by the Manila Bulletin Publishing Corporation, Philippines. It has the record of being the oldest magazine in Cebuano which is still published, and "the most successful periodical in Cebuano" (CCP, p. 542).

Bisaya Magasin was established by Ramon Roces upon the request of Cebuano poet Vicente Padriga, who became its first editor. Its first issue appeared on August 15, 1930, as part of the magazines published by Liwayway Publishing, Inc.

During the Second World War, the combined U.S. and Philippine Commonwealth ground troops including the local Visayan guerrilla resistance fighters was fought against the Japanese Imperial forces led by General Sosaku Suzuki during the Battle for the Liberation of Visayas in 1945. Bisaya stopped publication; it was revived on August 14, 1946. It had an initial circulation of 5,000, which rose to around 60,000 in the 1960s.

In June, 1948, Bisaya started a monthly sister publication, Saloma, a literary pamphlet which carried a complete novel in every issue. Saloma lasted until the late 1950s, with a circulation ranging from 8,000 to 22,000.

One of the latest accolades Bisaya received together with its sister regional publications Bannawag , Liwayway and Hiligaynon is the Diamond Cultural Award presented by Publishers Association of the Philippines on December 12, 2008 in Baguio, Philippines. 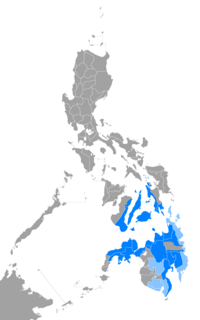 Cebuano, also referred to by most of its speakers as Bisaya or Binisaya, is an Austronesian language, spoken in the southern Philippines. Specifically, it flourishes in Central Visayas, western parts of Eastern Visayas and on most of Mindanao. It originated on the island of Cebu, and now is spoken primarily by various Visayan ethnolinguistic groups who are native to those areas, primarily the Cebuanos. While Tagalog has the largest number of native speakers among the languages of the Philippines, Cebuano had the largest native-language-speaking population in the Philippines, from the 1950s until about the 1980s. It is by far the most widely spoken of the Bisayan languages. 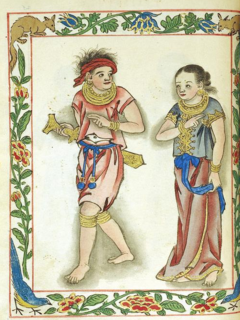 Visayans or Visayan people, are a Philippine ethnolinguistic group native to the whole Visayas, the southernmost islands of Luzon and many parts of Mindanao. They are the largest ethnic group in the geographical division of the country when taken as a single group, numbering some 33.5 million. The Visayas broadly share a maritime culture with strong Roman Catholic traditions merged with cultural elements through centuries of interaction and inter-migrations mainly across the seas of Visayas, Sibuyan, Camotes, Bohol and Sulu and in some secluded areas merged with ancient animistic-polytheistic influences. Most Visayans are speakers of one or more Bisayan languages, the most widely spoken being Cebuano, followed by Hiligaynon (Ilonggo) and Waray-Waray.

Liwayway is a leading Tagalog weekly magazine published in the Philippines since 1923. It contains Tagalog serialized novels, short stories, poetry, serialized comics, essays, news features, entertainment news and articles, and many others. In fact, it is the oldest Tagalog magazine in the Philippines. Its sister publications are Bannawag, Bisaya Magasin, and Hiligaynon.

Uldarico Aguilar Alviola Sr. was a Filipino Visayan civil servant, novelist, and editor from Cebu, Philippines. While he wrote in English and Spanish, his published works in Cebuano language earned him the title, "Dean of Cebuano Writers."

Hiligaynon is the leading Ilonggo weekly magazine published in the Philippines since 1934. It contains Ilonggo serialized novels, short stories, poetry, serialized comics, essays, news features, entertainment news and articles, and many others. Hiligaynon is named after one of the most predominantly spoken language amongst the people of Western Visayas, Negros Occidental and Soccsksargen. Hiligaynon closed during the notorious Martial Law era, but was resurrected in 1989. 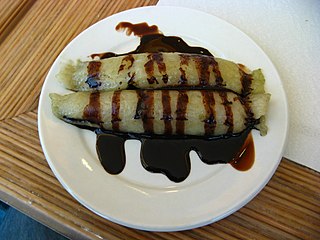 Latík refers to two different coconut-based ingredients in Filipino cuisine. In the Visayan region it refers to a syrupy caramelized coconut cream used as a dessert sauce. In the northern Philippines, it refers to solid byproducts of coconut oil production, used as garnishing for a variety of desserts. 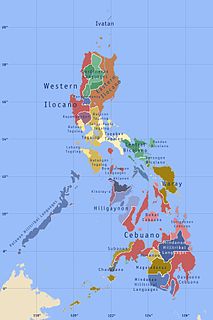 The Bible has been translated into multiple Philippine languages, including Filipino language, based on the Tagalog, the national language of the Philippines. 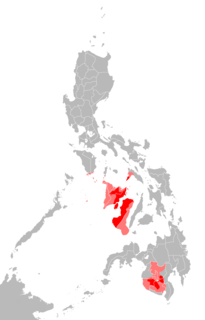 Hiligaynon, also often referred colloquially simply as Ilonggo, is an Austronesian regional language spoken in the Philippines by about 9.1 million people, mainly in Western Visayas and Soccsksargen, most of whom belong to the Hiligaynon people. It is the second-most widely spoken language in the Visayas and belongs to the Bisayan languages, and is more distantly related to other Philippine languages. 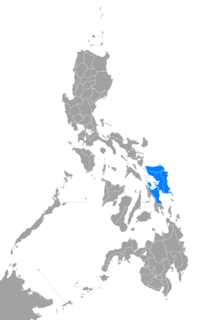 Waray is an Austronesian language and the fifth-most-spoken native regional language of the Philippines, native to Eastern Visayas. It is the native language of the Waray people and second language of the Abaknon people of Capul, Northern Samar and some Cebuano-speaking peoples of eastern and southern parts of Leyte island. It is the third most spoken language among the Bisayan languages, only behind Cebuano and Hiligaynon.

Natalio Bacus Bacalso was a Filipino Visayan Cebu-based writer, newspaperman, radio broadcaster, filmmaker, Constitutional Convention delegate in 1971 representing Cebu's 2nd district, and opposition assemblyman to the Interim Batasang Pambansa in 1978. Cebu's longest road, the Natalio Bacalso South National Highway, was named after him on 1984. On June 13, 2019, The Freeman recognized him as one of the Top 100 Cebuanos.

Florentino Suico was a Filipino Visayan public school teacher and prolific writer, fictionist, poet, and journalist from Cebu, Philippines. He was known for his historical fiction written in Cebuano language.

Marcelino M. Navarra was a Filipino Visayan editor, poet, and writer from Cebu, Philippines. He was regarded as the father of modern Cebuano short story for his use of realism and depictions of fictionalized version of his hometown, barrio Tuyom in Carcar, Cebu.

Florentino D. Tecson was a Filipino Visayan lawyer, politician, editor, writer, and labor leader from Cebu, Philippines. He edited pre-war Cebuano periodicals such as Bag-ong Kusog and published his own newspaper, Ang Mamumuo and a book of fiction, Lingawon Ko Ikaw. A known labor leader, he was the president of Federacion Obrero de Filipinas. He served as councilor of Naga and Cebu City and was appointed as Vice Mayor of Cebu City (1954–1955).

Vicente Daclan Rubi was a Filipino Visayan musician from Cebu, Philippines best known for composing the Philippine Christmas carol Kasadyaa Ning Taknaa, which was translated into Tagalog, Ang Pasko ay Sumapit, by National Artist Levi Celerio. He was one of the top 100 Cebuano personalities according to The Freeman.