Ustad Bismillah Khan (born Qamaruddin Khan, 21 March 1916 – 21 August 2006), often referred to by the title Ustad, was an Indian musician credited with popularizing the shehnai, a reeded woodwind instrument. While the shehnai had long held importance as a folk instrument played primarily schooled in traditional ceremonies, Khan is credited with elevating its status and bringing it to the concert stage. [1] [2]

He was awarded India's highest civilian honour, the Bharat Ratna, in 2001, becoming the third classical musician after M. S. Subbalakshmi and Ravi Shankar to be awarded Bharat Ratna.

Bismillah Khan was born on 21 March 1916 into a family of traditional Muslim musicians at the town of Dumraon, in Shahabad district of Bihar and Orissa Province in British India, as the second son of Paigambar Bux Khan and Mitthanbai. [3] [4] His father was a court musician employed in the court of Maharaja Keshav Prasad Singh of Dumraon Estate in Bihar. His two grandfathers Ustad Salar Hussain Khan and Rasool Bux Khan were also musicians in the Dumraon palace. [3] He was named Qamruddin at birth, to rhyme with his elder brother's name Shamsuddin. Upon seeing the new born, his grandfather Rasool Baksh Khan, also a shehnai player, is said to have exclaimed "Bismillah", or "In the name of Allah", and thereafter he came to be known by this name. [1] [4]

At the age of six, he moved to Varanasi in the state of Uttar Pradesh, [2] to be apprenticed to his maternal uncle, Ali Bux 'Vilayatu' Khan, a shehnai player attached to the Kashi Vishwanath Temple. [5] At the age of 14 Bismillah accompanied his uncle to the Allahabad music conference.

Khan attributed his skill to the blessings of Lord Vishwanath, and believed that there was little that he could teach his disciples. [6] Khan seldom accepted students. He thought that if he would be able to share his knowledge it wouldn't be useful as it would only give his students a little knowledge. Some of his disciples and followers include S. Ballesh, [7] and Krishna Ballesh. [8] [9] [10] [11] as well as Khan's own sons, Nazim Hussain and Nayyar Hussain. [12]

On 17 August 2006, Bismillah Khan's health deteriorated and he was admitted to the Heritage Hospital, Varanasi for treatment. Khan's last wish – to perform at India Gate, could not be fulfilled. He wanted to pay tributes to the martyrs. He waited in vain till his last rites. He died after four days on 21 August 2006 because of a cardiac arrest. He is survived by five daughters, three sons and a large number of grandchildren and great-grandchildren, and his adopted daughter Soma Ghosh (a Hindustani Shastriya Sangeet exponent) and his disciples S.Ballesh and Krishna Ballesh (Shehnai players). [13]

The Government of India declared a day of national mourning on his death. His body along with a Shehnai was buried at Fatemaan burial ground of old Varanasi under a neem tree with a 21-gun salute from the Indian Army. [14]

Sangeet Natak Akademi, New Delhi, instituted the Ustad Bismillah Khan Yuva Puraskar in 2007, in his honour. It is given to young artists in the field of music, theatre and dance. The Government of Bihar has proposed setting up of a museum, a town hall-cum-library and installation of a life-size statue at his birthplace in Dumraon. [15]

Bismillah Khan was commemorated on his 102nd birth anniversary by Search Engine Google which showed a special doodle on its Indian home page for him on 21 March 2018. [16]

In the documentary film, Eric Clapton: Life in 12 Bars, Clapton cites Bismillah Khan as an influence and how he tried to use his guitar to imitate the music of Khan's woodwind instrument. [17]

Khan had a brief association with films in India. He played the shehnai for Rajkumar's role of Appanna in the Vijay's Kannada-language film Sanaadi Appanna which became a blockbuster. He acted in Jalsaghar by Satyajit Ray and provided sound of shehnai in Vijay Bhatt's Goonj Uthi Shehnai (1959).

Bismillah Khan had honorary doctorates from:

The shehnai is a musical instrument, originating from the Indian subcontinent. It is made out of wood, with a double reed at one end and a metal or wooden flared bell at the other end. Its sound is thought to create and maintain a sense of auspiciousness and sanctity and as a result, is widely used during marriages, processions and in temples although it is also played in concerts. It was a part of the Naubat or traditional ensemble of nine instruments found in the royal court. The shehnai is similar to South India's nadaswaram. 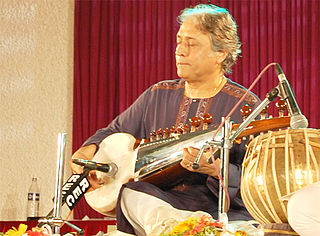 Ustad Amjad Ali Khan is an Indian classical sarod player, best known for his clear and fast ekhara taans. Khan was born into a classical musical family and has performed internationally since the 1960s. He was awarded India's second highest civilian honour Padma Vibhushan in 2001. 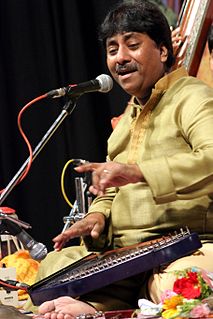 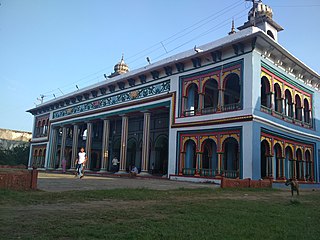 Vishnu Govind Jog, better known as V. G. Jog, was an Indian violinist. He was the foremost exponent of the violin in the Hindustani music tradition in the 20th century, and is credited for introducing this instrument into Hindustani music. 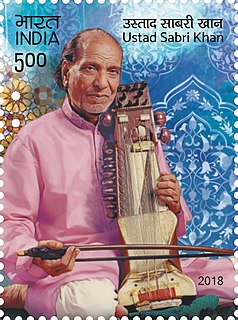 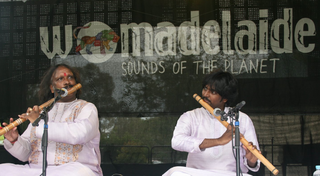 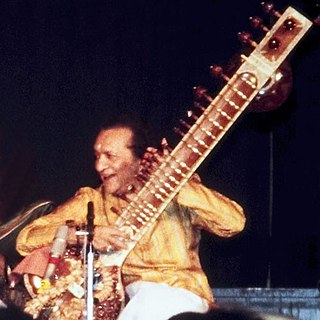 Music in Varanasi is a tradition linked to the ancient times of the Pauranic legends. Lord Shiva, who is reported to have established this city, was credited with developing music and dance forms. Legend also attributes that Renu, son of sage Vishvamitra and Mahagobind, was the precursors of music tradition in Kashi (Varanasi) when nymphs (Apsaras), Gandharvas and Kinnaras were the traditional practitioners of this art form, and saint Chaitanya and Vallabhacharya were the pioneers in spreading this music tradition in Varanasi. Notable musicians of Varanasi include the iconic sitar player Ravi Shankar, the Shehnai maestro Bismillah Khan, Sarod maestro vikash Maharaj and singer Girija Devi. Varanasi has joined the global bandwagon of UNESCO "Cities of Music" under the Creative Cities Network. Varanasi chosen in music category of creative cities network clearly signifies the rich musical heritage of this ancient city.

Anant Lal, often referred to by the title Pandit, was an Indian classical musician who played the shehnai. He worked for All India Radio and played with artists such as Ravi Shankar and Debu Chaudhuri in addition to recording under his own name. Lal was one of the leading exponents of the shehnai in Hindustani classical music. In 1989, he received the Sangeet Natak Akademi Award, the highest recognition afforded artists in India.

Sanaadi Appanna is a 1977 Indian Kannada-language musical film directed by Vijay based on the novel Kuniyitu Hejje Naliyithu Gejje by Krishnamoorthy Puranik which was loosely based on the life of Bagalkot shehnai player Appanna (1876-1945). It starred Rajkumar in title role with Jaya Prada in the lead role along with Ashok, Balakrishna, R. Sampath, Thoogudeepa Srinivas, Papamma and Baby Madhavi in supporting roles. Puneeth Rajkumar made a brief appearance in one of the songs of this film. 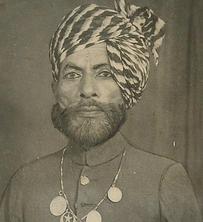 Dinesh Kumar Prabhakar is a violinist, composer, conductor and vocalist in Indian Classical Music. He has been behind many pieces of Indian music in the classical, national and religious genres. He has also composed and directed pop music. 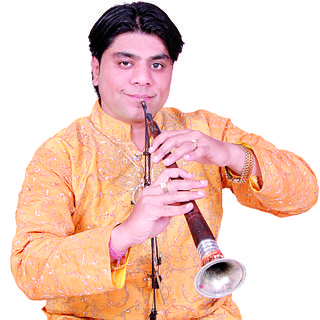