Bissau (Portuguese pronunciation:  [βiˈsaw] ) is the capital city of Guinea-Bissau. In 2015, Bissau had a population of 492,004. [1] Bissau is located on the Geba River estuary, off the Atlantic Ocean, and is Guinea-Bissau's largest city, major port, and its administrative and military centre.

The term Bissau would come from the name Itchassu (later N'nssassu and Bôssassum), which means "brave as the jaguar", possibly in reference to the warrior profile of the inhabitants of the island of Bissau, mimicking the African leopard, [2] a great feline predator, known in the country as "jaguar". [3] Over time Bôssassum started to be written as Bisão (or "São José de Bisão"), Bissao and finally "Bissau". [2]

The city was founded in 1687 by Portugal as a fortified port and trading center. [5] In 1942 it became the capital of Portuguese Guinea.

After the declaration of independence by the anti-colonial guerrillas of PAIGC in 1973, the capital of the rebel territories was declared to be Madina do Boe, while Bissau remained the colonial capital. When Portugal granted independence, following the military coup of April 25 in Lisbon, Bissau became the capital of the new independent state.

Bissau was the scene of intense fighting during the beginning and end of the Guinea-Bissau Civil War in 1998 and 1999. [6]

Bissau is located at 11°52' North, 15°36' West (11.86667, -15.60) GNS: Country Files, on the Geba River estuary, off the Atlantic Ocean. The land surrounding Bissau is extremely low-lying, and the river is accessible to ocean-going vessels despite its modest discharge for about 80 kilometres (50 mi) beyond the city.

Bissau has a tropical savanna climate (Köppen Aw), not quite wet enough to qualify as a tropical monsoon climate (Am) but much wetter than most climates of its type.

Almost no rain falls from November to May, but during the remaining five months of the year the city receives around 2,000 millimetres (79 in) of rain.

Bissau is the country's largest city, major port, educational, administrative, industrial and military center. Peanuts, hardwoods, copra, palm oil, milk products, and rubber are the chief products. Bissau is also the main city of the fishing and agricultural industry in the country. [9]

The airport that serves Bissau is Osvaldo Vieira International Airport, the only international airport in the country, with domestic and international flights to major cities in Africa as well as Europe, on six scheduled commercial airline companies.

The main highway connecting Bissau to the rest of the nation and the continent is the Trans–West African Coastal Highway. There are also many smaller national highways that connect to other big cities such as Bafatá and Gabu.

The city of Bissau still has two international schools: [13]

Many buildings in the city were ruined during the Guinea-Bissau Civil War (1998–1999), including the Guinea-Bissau Presidential Palace and the Bissau French Cultural Centre (now rebuilt), and the city centre is still underdeveloped. Because of the large populations of Muslims in Bissau, Ramadan is also an important celebration. [14] [15]

Football is the most popular sport in the country, as well as in the city. Many teams are based in the city, such as: UD Internacional, SC de Bissau, SC Portos de Bissau, Sport Bissau e Benfica, and FC Cuntum. Stadiums that are located in the city are Estádio Lino Correia and Estádio 24 de Setembro.

Among the places of worship, they are predominantly Muslim mosques. [17] There are also some Christian churches and temples such as the Roman Catholic Diocese of Bissau (Catholic Church), Evangelical Churches, and the Universal Church of the Kingdom of God.

Bissau is twinned with: 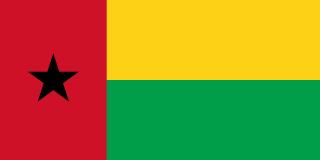 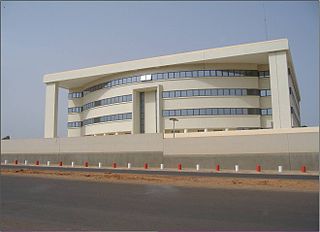 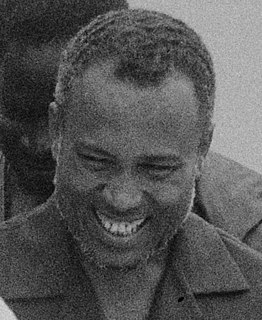 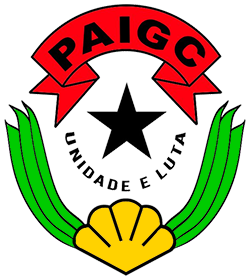 The African Party for the Independence of Guinea and Cape Verde is a political party in Guinea-Bissau. Originally formed to peacefully campaign for independence from Portugal, the party turned to armed conflict in the 1960s and was one of the belligerents in the Guinea-Bissau War of Independence. Towards the end of the war, the party established a socialist one-party state, which remained intact until multi-party democracy was introduced in the early 1990s. Although the party won the first multi-party elections in 1994, it was removed from power in the 1999–2000 elections. However, it returned to office after winning parliamentary elections in 2004 and presidential elections in 2005, since which it has remained the largest party in the National People's Assembly. 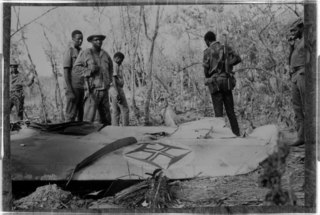 The Guinea-Bissau War of Independence was an armed independence conflict that took place in Portuguese Guinea between 1963 and 1974. Fought between Portugal and the African Party for the Independence of Guinea and Cape Verde, an armed independence movement backed by Cuba and the Soviet Union, the war is commonly referred to as "Portugal's Vietnam" due to the large numbers of men and amounts of material expended in a long, mostly guerrilla war and the internal political turmoil it created in Portugal. The war ended when Portugal, after the Carnation Revolution of 1974, granted independence to Guinea-Bissau, followed by Cape Verde a year later.

Articles related to Guinea-Bissau include:

The Pidjiguiti massacre was an incident that took place on 3 August 1959 at the Port of Bissau's Pijiguiti docks in Bissau, Portuguese Guinea. Dock workers went on strike, seeking higher pay, but a manager called the PIDE, the Portuguese state police, who fired into the crowd, killing at least 25 people. The government blamed the revolutionary group African Party for the Independence of Guinea and Cape Verde (PAIGC), arresting several of its members. The incident caused PAIGC to abandon their campaign of nonviolent resistance, leading to the Guinea-Bissau War of Independence in 1963.

Operation Green Sea was an amphibious attack on Conakry, the capital of Guinea, by between 350 and 420 Portuguese soldiers and Portuguese-led Guinean fighters in November 1970. The goals of the operation included the overthrow of Ahmed Sékou Touré's government, capture of the leader of the African Party for the Independence of Guinea and Cape Verde (PAIGC), Amílcar Cabral, destruction of the naval and air assets of the PAIGC and its Guinean supporters, and the rescue of Portuguese POWs held in Conakry.

The Two Faces of War is a 2007 documentary shot in Guinea-Bissau, Cape Verde and Portugal that includes a series of interviews and testimonies of people who lived through the period of the anti-colonial war and liberation in Guinea-Bissau. This documentary, directed by Diana Andringa and Flora Gomes, sets the tone for a debate around the themes of reconciliation and historical memory in the post-conflict period of the Portuguese colonial war. 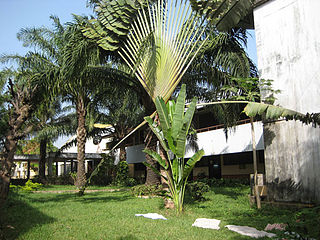 The Biblioteca Pública do INEP is the national library of Guinea-Bissau and it is located in Bissau. It is also the biggest public library in the country and serves as library of the Universidade Amílcar Cabral.

Maria Odete da Costa Semedo is a writer and educator from Guinea-Bissau. She works in both in Portuguese and Guinea Creole.

The National Lyceum Kwame N'Krumah is a Bissau-Guinean educational institution, based in Bissau, the country's capital.

See also: Bibliography of the history of Bissau