Blanche of Navarre, Queen of France

Last updated September 19, 2019
This article is about the 14th century Queen. For the Golden Girls character, see Blanche Devereaux.

At first, the Kings of Navarre wanted to achieve an alliance with Castile by having Blanche marry Peter, eldest son and heir apparent of King Alfonso XI. However, Blanche was eventually betrothed to John, heir apparent to the throne of France. As the most beautiful princess of her time — she was nicknamed the "Beautiful Wisdom" (Belle Sagesse)— Blanche captivated the recently widowed King Philip VI of France, father of her intended husband and almost forty years her senior. Their marriage on 29 January 1350 at Brie-Comte-Robert [2] alienated his son and many nobles from the king. [3]

The Crown of Castile was a medieval state in the Iberian Peninsula that formed in 1230 as a result of the third and definitive union of the crowns and, some decades later, the parliaments of the kingdoms of Castile and León upon the accession of the then Castilian king, Ferdinand III, to the vacant Leonese throne. It continued to exist as a separate entity after the personal union in 1469 of the crowns of Castile and Aragon with the marriage of the Catholic Monarchs up to the promulgation of the Nueva Planta decrees by Philip V in 1715. 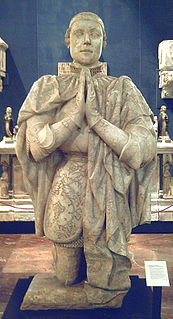 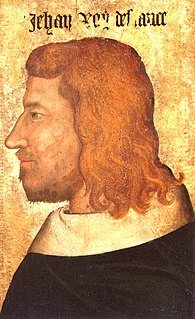 The union was short-lived: King Philip VI died seven months later, on 22 August 1350, according to some chroniclers of exhaustion from constantly fulfilling his conjugal duties. Pregnant at that time, Blanche gave birth to a daughter, Joan (also named Blanche), in May 1351. After her husband's death, the dowager queen retired to Neaufles-Saint-Martin near Gisors in Normandy. Soon after, Peter, now king of Castile, asked her hand in marriage, but she refused the offer, saying that the queens of France never remarry. She appeared in the French court on rare occasions, especially during the solemn entry of Isabeau of Bavaria in Paris, which was organized by her. Queen Blanche also played a political role as a mediator between her brother King Charles II of Navarre and France. [ citation needed ] 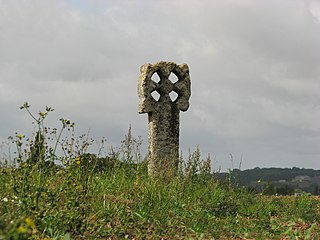 Neaufles-Saint-Martin is a commune in the Eure department in Normandy in northern France. 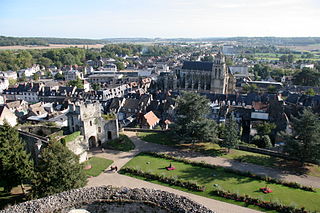 Gisors is a commune of Normandy, France. It is located 62.9 km (39.1 mi) northwest from the centre of Paris. 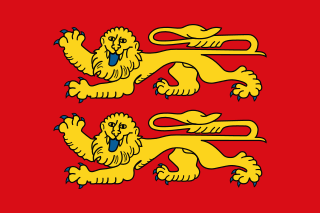 In 1371, her only daughter Joan was engaged with John, eldest son and heir of King Peter IV of Aragon; however, she died during the journey to Aragon for her marriage on 16 September 1371 in Béziers. [4] 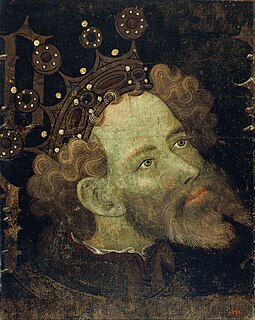 Béziers is a town and commune in the Occitanie region of Southern France; it is a subprefecture of the Hérault department. In 2014, it had a population of 75,701.

Blanche died on 5 October 1398 at Neaufles-Saint-Martin. She is buried next to her daughter in the Basilica of St Denis, the necropolis of the Kings of France, north of Paris. 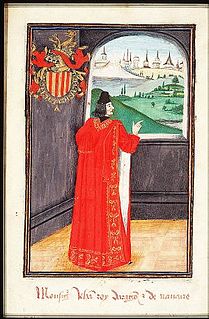 John II, called the Great or the Faithless, was the King of Navarre through his wife from 1425 and the King of Aragon in his own right from 1458 until his death. He was the son of Ferdinand I and his wife Eleanor of Alburquerque. John was also King of Sicily from 1458-1468. 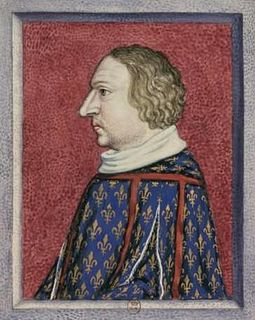 Louis I was the second son of John II of France and Bonne of Bohemia. Born at the Château de Vincennes, Louis was the founder of the Angevin branch of the French royal house. His father appointed him Count of Anjou and Count of Maine in 1356, and then raised him to the title Duke of Anjou in 1360 and Duke of Touraine in 1370. 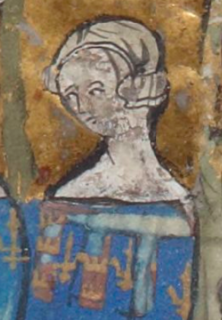 Blanche of Artois was a member of the Capetian House of Artois who, as queen dowager, held regency over the Kingdom of Navarre and the County of Champagne. She was first married to Henry I of Navarre, after whose death she became regent in the name of their infant daughter, Joan I. She passed on the regency of Navarre to Philip III of France, her cousin and her daughter's prospective father-in-law, but retained the administration of Champagne. She later shared the government of Champagne with her second husband, the English prince Edmund Crouchback, until her daughter reached the age of majority.

Blanca of Navarre may refer to:

Joan I of Auvergne was ruling Countess of Auvergne and Boulogne in 1332–1360, and Queen of France by her marriage to King John II. 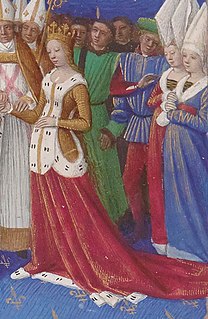 Blanche of France was the posthumous daughter of King Charles IV of France and his third wife, Jeanne d'Évreux. She holds the distinction of being the last direct Capetian; she was the last-surviving member of her family, and her marriage to her cousin Philippe d'Orléans proved childless. With Blanche's death in 1382, the House of Capet continued to exist only via its numerous cadet branches.

Blanche is a feminine given name. It means "white" in French, derived from the Late Latin word "blancus". 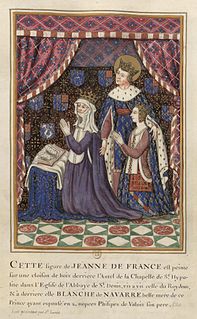 Joan of France was the only child of Philip VI of France and his second wife Blanche of Navarre. Joan was posthumously born as her father had died nine months prior to her birth.