Sybille Alida Johanna Niemans (27 September 1927, in Amsterdam – 31 October 1959, in The Hague), known as Blonde Dolly, was a Dutch prostitute and businesswoman who was murdered by strangulation. Her murderer was never caught. [1]

Niemans was born in Amsterdam-West on 27 September 1927. Her father, a shoemaker, was Hendricus Johannes Niemans (born 1899) and her mother was Sebilla Alida Johanna Streelder (born 1900). When she was young, her chronically ill mother was admitted to hospital. Niemans and her elder brother were sent to the Groot Kijkduin children's home in Zandvoort. When the Germans occupied the area in WW2, Niemans and her brother went back to Amsterdam to live with their father, who had by now a new wife. [1]

Niemans did not get on with her step-mother. She left home looking for a job and accommodation. Through a fortune teller and an Italian sailor, who was, in fact, a pimp, she entered prostitution in the Kerkstraat. Following a police investigation, she returned to her father and stepmother and started training in dressmaking. [1]

In 1948, Niemans moved to the Hague, where she rented a window at 21 Doubletstraat and returned to prostitution. Soon after she moved to 71 Scheldestraat. In 1950 she brought a house at 498 Nieuwe Haven. She was originally known as Black Dolly (Dutch: Zwart Dolly) from her dark hair, but later bleached it. [1]

Later in 1950 she married Botto van den Bergh, a violinist in Hague's Residentie Orchestra. She accompanied her husband when he was travelling with the orchestra, and was introduced to classical music and the fashion and art worlds. She occasionally worked as a fashion model. Their marriage broke down after a year and, following a lengthy and complex legal procedure, the couple were divorced in 1957. [1]

Niemans was found dead in bed in her house on the Nieuwe Haven on 2 November 1959. [2] It was estimated that she had been strangled on the night of 30/31 October. There were no signs of violence and a considerable amount of cash was found in the building by the police. Robbery was ruled out as a motive for the crime. [1] She was buried in the Westduin Cemetery in The Hague South. [3]

The murder of Blonde Dolly sparked a considerable stir. There was speculation that her "blue book" contained names of high-ranking regular customers. The police refused to release the notebook. This caused rumours that one of these high-ranking people would be involved in her murder. No evidence to substantiate these rumours was ever presented, nor that of a political cover-up. [1]

The international press picked up the case, linking it to the murder in Germany of Rosemarie Nitribitt in 1957, in which there were also allegations of politicians being involved. [1]

The main suspect in the case was a bodyguard named "Gerard V", whose services Niemans had used after another prostitute, Marietje van Es, has been robbed nearby in December 1958. He had fallen in love with Niemans but she had rejected him. He was never charged, and the investigation closed. [1]

The life and death of Blonde Dolly was incorporated in Michel Dubois' novel Murder on Black Martha (1962), and was portrayed in director Gerrit van Elst 's film Blonde Dolly (1987). Casper Postmaa wrote a book about the case. [5] [6] In 2019 appeared Blonde Dolly by Tomas Ross with new details about the murder. [7] [8] 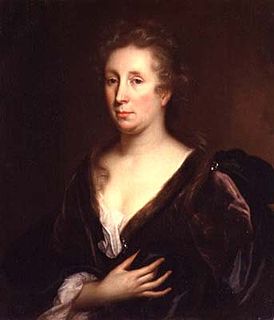 Rachel Ruysch was a still-life painter from the Northern Netherlands. She specialized in flowers, inventing her own style and achieving international fame in her lifetime. Due to a long and successful career that spanned over six decades, she became the best documented woman painter of the Dutch Golden Age, being followed by Jan van Huysum, who took flower painting to another degree of popularity.

Maria Rosalia Auguste Nitribitt, better known as Rosemarie Nitribitt, was a German luxury call girl whose violent death caused a scandal in the Germany of the Wirtschaftswunder years. The case gave rise to a novel, three movies and a musical.

Willem Frederik Holleeder is a Dutch criminal. He is nicknamed De Neus because of the size of his nose.

Nieman is a Dutch and Low German surname that originated as a nickname for either an unknown or nameless person or a newcomer to a place (modern Dutch nieuw man, cognate to English Newman and High German Neumann. People with this surname include:

Floris Adriaan van Hall, Baron of Hall was a prominent Dutch nobleman and statesman in the 19th century. He played an important role as representative of the Amsterdam trade and banking sector, and later as politician. He served as Prime Minister of the Netherlands from 1853 to 1856, and again from 1860 to 1861.

Casper ten Boom was a Dutch Christian who helped many Jews and resisters escape the Nazis during the Holocaust of World War II. He is the father of Betsie and Corrie ten Boom, who also aided the Jews and were sent to Ravensbrück concentration camp, where Betsie died. Casper died 9 March 1944 in The Hague, after nine days of imprisonment in the Scheveningen Prison. In 2008, he was recognised as Righteous Among the Nations by Yad Vashem.

Prince Carlos of Bourbon-Parma is the current head of the non-reigning House of Bourbon-Parma, as well a member of the Dutch Royal Family. He is the claimant to the defunct throne of the extinct Duchy of Parma. In addition, he is considered by some a contested pretender to the Carlist claim to the throne of Spain under the name Carlos Javier I. In 2016 Carlos told the Spanish press that, while he "does not abandon" his claim to the throne, it is "not a priority" in his life, and he "will not dispute" [no planteo pleito] the legitimacy of King Felipe VI.

Blonde Dolly is a 1987 Dutch drama film about a prostitute who co-finances the purchase of a Vermeer painting, directed by Gerrit van Elst and with Hilde Van Mieghem and Peter Tuinman in the lead roles.

Window prostitution is a form of prostitution that is fairly common in the Netherlands and surrounding countries. The prostitute rents a window plus workspace off a window operator for a certain period of time, often per day or part of a day. The prostitute is also independent and recruits her own customers and also negotiates the price and the services to be provided.

Agnes, or Agneta Block was a Dutch Mennonite art collector and horticulturalist. She is most remembered as the compiler of an album of flower and insect paintings.

Jacoba Johanna (Coba) Ritsema, was a portrait painter from the Netherlands.

Elisabeth Wilhelmina Johanna (Betty) Couperus-Baud, was a Dutch translator. She was the wife of the Dutch writer Louis Couperus (1863–1923).

Jurjentje Aukes Rauwerda, later Jurrentje Weinthal, was a Dutch prostitute and procurer. She was famous among members of her profession in the contemporary Netherlands, and ran the largest brothel in Amsterdam, the Maison Weinthal.

Anna Smitshuizen, was a Dutch prostitute and the victim of a cause célèbre murder. She was murdered by her former fiancé, the doctor and former ship's surgeon Johannes van Goch, who could not accept that she had terminated their engagement. The case became a subject of public debate and was frequently mentioned in literature as a moral example.

Johan Stephan Leonard "Hans" Gualthérie van Weezel is a Dutch former diplomat and politician. He worked as a diplomat for the Dutch Ministry for Foreign Affairs between 1970 and 1977. Subsequently he served in the House of Representatives between 1977 and 1992. After his political career ended he returned to diplomacy and was Permanent Representative of the Netherlands to the Council of Europe until August 1998 and afterwards Ambassador to Luxembourg until 2005.

Dolly Rudeman was a Dutch graphic designer who produced posters for some of the most famous directors and film stars of her day, including Sergei Eisenstein, Charlie Chaplin, and Greta Garbo.

Bet van Beeren was a flamboyant, legendary bar owner in Amsterdam. While hers wasn't the first bar that allowed LGBT persons to openly associate, the fact that she was openly lesbian, and accepting of a very diverse clientele, led her establishment to be one of the most known. In 2017, she was honored by the city of Amsterdam when a canal bridge was renamed in her honor.

Julia Adolfs was the first woman to pass her law examinations in the Dutch East Indies. She began to practice in 1927 and gained a reputation for practicing criminal law. Acting as an attorney for Chinese clients and Royal Dutch Shell she became prominent, investing her earnings in rental properties. When Indonesia gained independence, her properties were nationalized and she eventually moved to Amsterdam. A scholarship bearing her name is presented by the University of Amsterdam as a research grant for law students.

The Rotterdamsch Tooneel was a Dutch theatre company founded in 1900 and which was dissolved in 1923.