Blood Red Throne started in 1998 when Død and Tchort (while playing in Satyricon at that time), decided to form their own band. Tchort had been playing death metal since 1989 with his band Green Carnation, which was one of the first death metal bands in Norway, and Død had been a huge fan and of the genre since 1992 . Tchort was also the bass player in Emperor in the early 1990s and has been involved with bands like Carpathian Forest and Einherjer. The band soon got in touch with a drummer living in their hometown by the name of Freddy Bolsø, and Blood Red Throne was born. Soon after bassist Erlend Caspersen joined the newly formed group. The band recorded a demo, entitled Deathmix 2000 with Ronni Thorsen from Trail of Tears providing the vocals. This demo got positive feedback and Blood Red Throne got offers from labels right away. Finally having recruited long-time friend Mr. Hustler as the permanent frontman, the same line-up recorded the debut Monument of Death and released it through Hammerheart Records in 2001. The limited edition included a package called 'The Suicide Kit', which not only contained the actual album, but also a printed razor blade and a poster. The kits were hand numbered in the band member’s own blood. Blood Red Throne never did any live shows with this line up, Freddy Bolsø moved back to his hometown and the band had to find a new drummer.

Espen “Beist” Antonsen The Sickening joined and the band recorded Affiliated With The Suffering in 2002 and this was their last album through Hammerheart Records. The band did two European tours and the Inferno Fest with this lineup and Beist left as they were about to record their first album for Earache Records. With the help from Bernt Moen, Blood Red Throne managed to record their third album, Altered Genesis. Altered Genesis was released in 2005 and after this release, Mr. Hustler had to leave the band due to work commitments and Vald was handed the microphone. To make things easier, Blood Red Throne also had to find a permanent and local drummer, and this led to the recruitment of Anders Haave. He joined the band in 2006 and Blood Red Throne went on a new European tour several live shows until going into the studio to record their fourth album, (Come Death), for Earache Records.

Blood Red Throne released their fifth album, Souls of Damnation on June 1, 2009 through Earache Records. The digipak version of the CD included a DVD to celebrate the bands 10-year career.

Blood Red Throne was confirmed February 7, 2009, to play at the Infernofestival in Oslo which took place April 8–11, 2009. It was set to take place on the stage called BLÅ, where they played with bands like Terrordrome. [1]

On April 23, 2010, Blood Red Throne announced via a MySpace blog post that guitarist Tchort was leaving due to "work and family commitments" and was being replaced by Ivan "MeathooK" Gujic of Neongod for the remainder of their tours and gigs that year. [2] A short time later, it was announced in another post that 19-year-old Emil Wiksten would be taking over the position of drummer. [3]

The band has toured with Dimmu Borgir, Enslaved and Dawn of Ashes in November–December 2010. They toured with Grave, Pathology and Gigan in August - September 2011. [4] 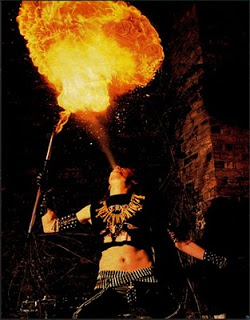 Bathory was an extreme metal group formed in Vällingby, Sweden, in 1983 named after Hungarian countess Elizabeth Báthory. The band's frontman and main songwriter was Quorthon. Considered to be one of the most influential acts in heavy metal, Bathory's first four albums are considered to be "the blueprint for Scandinavian black metal". The band departed from this style on their fifth album, Hammerheart (1990), which is often cited as the first Viking metal album. Bathory continued in the Viking metal style throughout the 1990s and early 2000s, although the band experimented with thrash metal on the albums Requiem (1994) and Octagon (1995). Bathory ended when Quorthon died from heart failure in 2004.

Green Carnation is a progressive metal band from Kristiansand, Norway, formed in 1990. Green Carnation's trend of music has continuously become less and less heavy after every release; from straight forward death metal, to a progressive doom metal sound, to an atmospheric gothic metal sound, to a melancholic hard rock sound and in 2006, went as far as to releasing an entirely acoustic album Acoustic Verses. The band released its first album in 14 years titled Leaves of Yesteryear on May 8, 2020, which marked a return to the band's earlier progressive doom roots.

Thomas Börje Forsberg, better known by the stage name Quorthon, was a Swedish singer, songwriter, musician and record producer. He was one of the founders, as well as the sole songwriter, of the band Bathory, which pioneered the black metal genre and is credited with creating the Viking metal style. A multi-instrumentalist, Quorthon wrote the music and lyrics on all of Bathory's albums and performed vocals and guitars.

Spawn of Possession was a Swedish technical death metal group, which formed in 1997 in Kalmar. The band have collectively released three studio albums. A fourth album was planned, but in 2017 the band announced their split up.

Angelcorpse was a blackened death metal band formed after the demise of Pete Helmkamp's previous band, Order from Chaos, originally from Kansas City, Missouri, and relocated to Tampa, Florida. They formed in 1995, with a line-up of Helmkamp, guitarist Gene Palubicki, and drummer John Longstreth, and recorded a demo, Goats to Azazael, which led to a contract with Osmose Productions. The band's debut album, Hammer of Gods, was released in 1996, after which rhythm guitarist Bill Taylor joined, playing on second album Exterminate (1998). Drummer Tony Laureano joined shortly after its release but Taylor left. The band's third album, The Inexorable, was released in the fall of 1999, after which Taylor rejoined. While on tour with Immortal, Satyricon, and Krisiun, in support of The Inexorable, the band had an accident in their tour van, in which Helmkamp was injured. On the same tour, Helmkamp's girlfriend was stabbed, and he decided to leave the band. The rest of the band continued for a while but decided to split up. 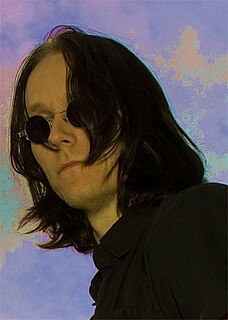 Johan Patrik Mattias Liiva is a Swedish extreme metal vocalist, most widely recognized as the founding vocalist of popular melodic death metal band Arch Enemy, as well as a former member of Carnage, Furbowl and NonExist. He is currently working as vocalist with Hearse.

Vile is an American death metal band, formed in 1996 in Concord, California by guitarist-producer Colin E. Davis and singer Juan Urteaga, recruiting the rest of the band from the ranks of disbanded groups such as Lords of Chaos, Entropy, Sporadic Psychosis and Thanatopsis. Vile toured the United States and Europe several times since their inception in 1996 including with Cannibal Corpse in 2004. Their most recent tour was of Japan in December 2013. 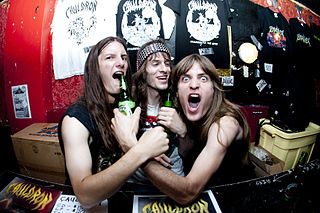 Terje Vik Schei, better known by his stage name Tchort, is a Norwegian musician. He is known for his time spent playing bass for the black metal band Emperor and for leading the progressive metal band Green Carnation. He has also played with Carpathian Forest and Blood Red Throne, Satyricon and Einherjer. Tchort is known to be married and to have a son and a daughter. 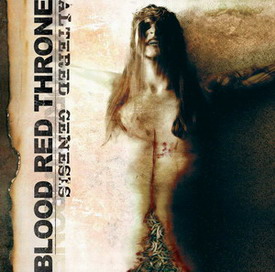 Monument of Death is the début album by Norwegian death metal band Blood Red Throne. The album was released on December 4, 2001.

Affiliated with the Suffering is the second studio album by Norwegian death metal band, Blood Red Throne. The album was released on January 23, 2003. 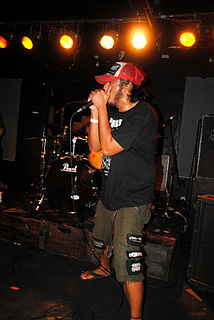