The film has been well-received critically. Dennis Lim, in a review for the Village Voice, observed the film's "meticulous framing and haunting use of repeated motifs" reflects the influence of Taiwanese New Wave directors Hou Hsiao-hsien and Edward Yang. [2] The Portland Mercury described the film as "a modern-day Chinese lesbo twist on the old Cyrano story" that "treads new territory in the teen coming of age drama realm," praising Yee's "haiku-like directorial lyricism." [3]

Takeshi Kaneshiro is a Japanese-Taiwanese actor and singer. Beginning his career as a teen pop idol, he has since moved his focus towards the film industry, where he achieved both commercial success and critical acclaim. He has worked with some of the most renowned directors in East Asia, namely, Wong Kar Wai, Peter Chan, Zhang Yimou and John Woo. Kaneshiro is also well known in the gaming industry for being the model and voice for the samurai character, Samanosuke Akechi, in Capcom’s Onimusha video game series. 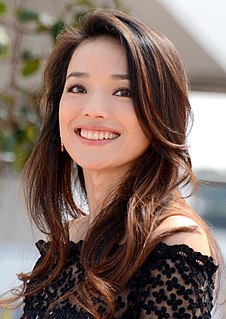 Lin Li-hui, better known by her stage name Shu Qi, is a Hong Kong-Taiwanese actress and model. As of 2014, she was among the highest paid actresses in China.

Hou Hsiao-hsien is a Mainland Chinese-born Taiwanese film director, screenwriter, producer and actor. He is a leading figure in world cinema and in Taiwan's New Wave cinema movement. He won the Golden Lion at the Venice Film Festival in 1989 for his film A City of Sadness (1989), and the Best Director award at the Cannes Film Festival in 2015 for The Assassin (2015). Other highly regarded works of his include The Puppetmaster (1993) and Flowers of Shanghai (1998).

Dragon Inn is a 1967 Taiwanese wuxia film written and directed by King Hu. The film was remade in 1992, as New Dragon Gate Inn, and again in 2011 as The Flying Swords of Dragon Gate.

Scud is the professional name of Guangzhou, China-born Hong Kong film producer, screenwriter and film director, Danny Cheng Wan-Cheung. He says that he chose the name "Scud" to match his Chinese name, which translates in English as "Scudding Clouds". His films explore somewhat taboo themes within Hong Kong cinema, including same-sex relationships and drug-taking. His film-making style eschews cynicism or gritty realism, and embraces an acceptance of the life choices made by his characters, rather than a search for "solutions". Scud has cited Pier Paolo Pasolini, Yukio Mishima, Pedro Almodovar and Peter Greenaway as directors who have influenced his work.

Au Revoir Taipei is a 2010 Taiwanese romantic comedy film set in Taipei and is Arvin Chen's feature directorial debut. It won the NETPAC Award at the 2010 Berlin International Film Festival and was considered a box office success in Taiwan.

The 4th Asian Film Awards was given in a ceremony on 22 March 2010 as part of the Hong Kong International Film Festival. 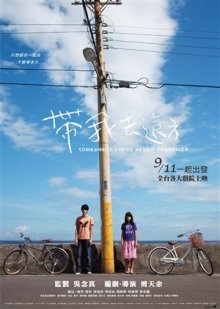 Somewhere I Have Never Traveled (帶我去遠方) is a 2009 Taiwanese film about the lives of and relationship between two teens, a high school-aged boy and his younger niece. The movie begins by showing the nature of their relationship to each other, their family, and what makes them kindred spirits. It then jumps ahead about five years, when the boy discovers there is more to life than basketball and working in the family's candy store, but his niece is not so sure she likes the new complication.

Adam Tsuei is an entrepreneur, film producer, and director. He was the former president of Sony Music Entertainment in the Greater China Region. He has made and brought to the music world super idols as Jay Chou, Leehom Wang, F4 and Jolin Tsai, which made him been viewed as one of the most powerful masters behind the scene in entertainment industry. In 2011, he successfully marketed the film You Are the Apple of My Eye, a movie featuring a love story within a group of boys and a girl, which made a great hit among all Chinese-speaking countries. Decided to dedicating to movie industry, Tsuei founded Amazing Film Studio in 2012 and served as CEO. In 2013, by putting effort into producing, marketing and distributing, he presented the film Tiny Times and Tiny Times 2. Both of them quickly becomes the hottest topics among mainland China, Taiwan and Hong Kong. In 2014, with the same legend combination of Angie Chai and Giddens Ko, he presented Café. Waiting. Love, a romantic comedy with color of fantasy inside. In the future of 2016, as a director and producer, Tsuei is going to present the film “The Tenants Downstairs”, adapted by Giddens Ko’s original novel. There will be a film with black humor, fantasy, mystery and thriller in. With the experience of being a professional manager in global enterprise for decades, Tsuei is aimed for building a total entertainment company for Greater China, including movie’s production, movie’s promotion, VFX, artist agency, music production and concert production.

Golden Gate Girls is a 2013 documentary film focusing on the life and works of Esther Eng (1914-1970), once honored as the first woman director of Southern China. She crossed boundaries of both gender and culture by making Cantonese language films for Chinese audiences during and after WWII. She was in fact the only woman directing feature-length films in America after Dorothy Arzner’s retirement in 1943 and before Ida Lupino began directing in 1949. After her film career, she pioneered in establishing fine dining Chinese Restaurants in New York City. She left her mark in both the Chinese and English press enabling director S. Louisa Wei to recover some of her lost stories. Clips from her two extant films, stills from her eight other motion pictures, photos from her six albums, newsreels of San Francisco as she saw them, as well as hundreds of archival images are collected to present her life and work in the most stunning visuals.

Chou Ching-hui is a Taiwanese artist and photographer.

Peggy Chiao is a Taiwanese/Chinese filmmaker, producer, distributor, educator, juror, critic, and author. She is known internationally as the "godmother of New Taiwan Cinema". 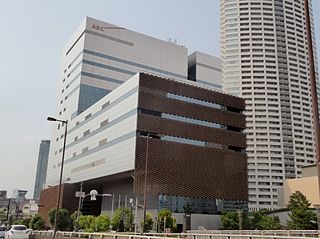 Suk Suk is a 2019 award-winning and critically acclaimed Hong Kong drama film written and directed by Ray Yeung. It presents the story of two secretly homosexual married men in their twilight years. The film was selected to compete in the Panorama section at the 70th Berlin International Film Festival.