Robert Addie (born Robert Richard Addonizio, February 6, 1910 – January 18, 1982) was an American sportswriter who covered baseball for The Washington Post and Washington Times-Herald . Addie was known for his clean style, hilarious anecdotes, unabashed sentiment, red socks and dark glasses. [1] He never missed a day on the Washington Senators' beat for 20 years until the team left town in 1971. Addie was presented with the J. G. Taylor Spink Award by the Baseball Writers' Association of America in 1981. Bob covered the PGA after baseball moved from Washington. Bob wrote many articles for the Post after his retirement from the paper in 1977. He wrote a book about his sportswriting career entitled Sportswriter which was published in 1980.

His wife was Pauline Betz, four-time US Open and one-time Wimbledon champion. He was the father of author Kim Addonizio and grandfather of her daughter, actress Aya Cash. He is survived by four additional children including Rusty, Jon, Gary and Rick. 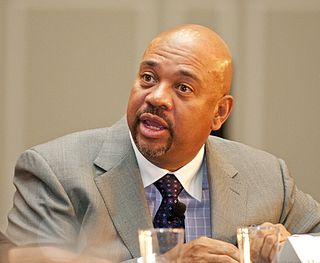 Michael Ray Wilbon is an ESPN commentator and former sportswriter and columnist for The Washington Post. He is an analyst for ESPN and has co-hosted Pardon the Interruption on ESPN with former Post writer Tony Kornheiser since 2001.

Adrian "Addie" Joss, nicknamed "The Human Hairpin," was an American professional baseball pitcher. He pitched for the Cleveland Bronchos of Major League Baseball, later known as the Naps, between 1902 and 1910. Joss, who was 6 feet 3 inches (1.91 m) and weighed 185 pounds (84 kg), pitched the fourth perfect game in baseball history. His 1.89 career earned run average (ERA) is the second-lowest in MLB history, behind Ed Walsh.

Ralph Wiley was an American sports journalist who wrote for Sports Illustrated and ESPN's Page 2. He was well known for his distinctive literary tone and his writings on race in America. 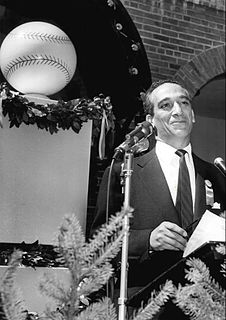 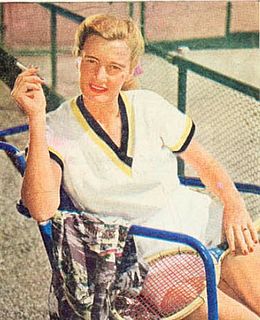 Pauline Betz Addie was an American professional tennis player. She won five Grand Slam singles titles and was the runner-up on three other occasions. Jack Kramer has called her the second best female tennis player he ever saw, behind Helen Wills Moody.

Kim Addonizio is an American poet and novelist. 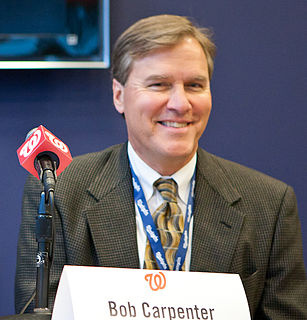 Bob Carpenter is a long-time sportscaster and current television play-by-play announcer for Major League Baseball's Washington Nationals on MASN. Carpenter was born in St. Louis, Missouri and graduated from William Cullen McBride High School. He attended the University of Missouri-St. Louis, and later graduated with honors from the University of Missouri-Kansas City with a bachelors degree in Radio-TV-Film.

Charles Klein Stobbs was an American professional baseball player. He played in Major League Baseball as a pitcher for the Boston Red Sox (1947–51), Chicago White Sox (1952), Washington Senators/Minnesota Twins and St. Louis Cardinals (1958). Stobbs is notable for being the pitcher who gave up an estimated 565-foot home run to Mickey Mantle that flew entirely out of Griffith Stadium in 1953. Mantle's 565-foot shot was regarded as the first tape-measure home run of the live-ball era.

Addie is a given name, nickname and surname. It may refer to: 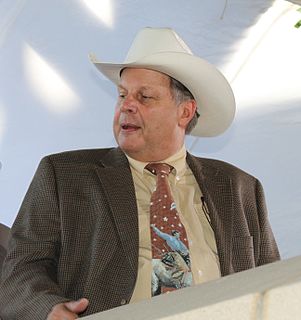 Tracy Ringolsby is an American sportswriter. He was a columnist for Baseball America from its beginning until cutbacks with free-lance writers were eliminated during the pandemic. In retirement, he created a Rockies focused website, InsideTheSeams.com, and a University of Wyoming focused website, WelcomeTo7220.com, in reference to the school being located at the highest elevation of any Division 1 school. He worked for the Rocky Mountain News in Denver, Colorado, until its closure during spring training 2009, and spent 2009–2013 as the pre-game/post-game analyst with Fox Sports Rocky Mountain/ROOTSPORTS for Rockies telecasts. He is the former president of the Baseball Writers' Association of America (BBWAA) and was a member from 1976 to 2013, and rejoined the BBWAA in 2016 when employees of MLB.com, where he worked for more than four years, were admitted to the BBWAA. 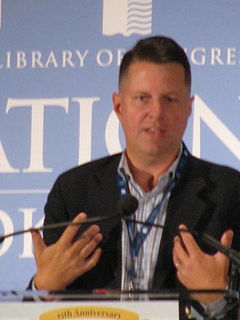 Barry Svrluga is a sports columnist for The Washington Post, WashingtonPost.com, and is a frequent contributor on The Tony Kornheiser Show.

The National Collegiate Baseball Writers Association (NCBWA) is an association of baseball writers, broadcasters, and publicists in the United States. It was founded in 1962. 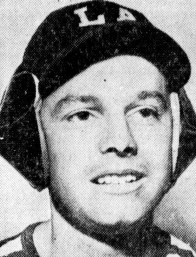 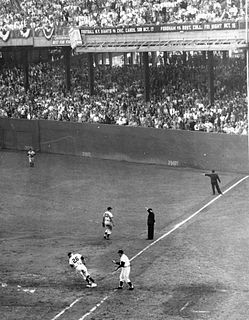 A Chinese home run, also a Chinese homer, Harlem home run, or Pekinese poke, is a derogatory and archaic baseball term for a hit that just barely clears the outfield fence at its closest distance to home plate. It is essentially the shortest home run possible in the ballpark in question, particularly if the park has an atypically short fence to begin with. The term was most commonly used in reference to home runs hit along the right field foul line at the Polo Grounds, home of the New York Giants, where that distance was short even by contemporary standards. When the Giants moved to San Francisco in 1958, the Los Angeles Coliseum, temporary home of the newly relocated Los Angeles Dodgers, gained the same reputation for four seasons until the team took up residence in its permanent home at Dodger Stadium in 1962. Following two seasons of use by the expansion New York Mets in the early 1960s, the Polo Grounds were demolished, and the term gradually dropped out of use.