After several seasons in motorcycle racing in which he finished in the top ten on several occasions, he switched to car racing in 1961, when he ran a Formula Junior Lola in a race at Snetterton. He continued to race cars and eventually became a Team Lotus Formula Junior driver, winning a race at Autodrome de Montlhéry and finishing second at Monaco.

He entered Formula One in 1963 with his own Lola Mk4 car, under the guise of DW Racing Enterprises, a small team compared to other private outfits such as Scuderia Filipinetti or Rob Walker Racing Team. DW was actually only composed of Bob and a small team of mechanics. Despite this hindrance he took the flexible little Lola to victory in the non-Championship Rome Grand Prix in that first year. In later years he ran private Brabham cars under the same banner, with his best result a third place in the 1964 Austrian Grand Prix. He was awarded the Von Trips Memorial Trophy as the most successful private entrant of 1964.

In 1967 he suffered an accident while testing at Silverstone, in which he slid off the track in wet conditions and hit a marshal's post. [6] Anderson suffered serious chest and neck injuries and died later in Northampton General Hospital. [7] 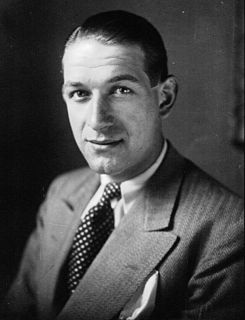 Raymond Sommer was a French motor racing driver. He raced both before and after WWII with some success, particularly in endurance racing. He won the 24 Hours of Le Mans endurance race in both 1932 and 1933, and although he did not reach the finishing line in any subsequent appearance at the Le Mans, he did lead each event until 1938. Sommer was also competitive at the highest level in Grand Prix motor racing, but did not win a race. He won the French Grand Prix in 1936, but the event that year was run as a sports car race. After racing resumed in the late 1940s, Sommer again won a number of sports car and minor Grand Prix events, and finished in fourth place in the 1950 Monaco Grand Prix, the second round of the newly-instituted Formula One World Drivers' Championship. He was killed toward the end of 1950, when his car overturned during a race at the Circuit de Cadours.

Joakim Bonnier was a Swedish sportscar racing and Formula One driver who raced for various teams.

Eric van de Poele is a Belgian racing driver and former Formula One driver. He participated in 29 Grands Prix, debuting on 10 March 1991. He scored no championship points and failed to make the grid 24 times. 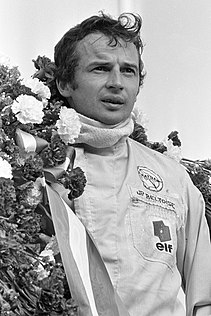 Clemente Biondetti was an Italian auto racing driver. Born into a working-class family, Biondetti raced motorcycles before turning to automobiles where he had greater success. 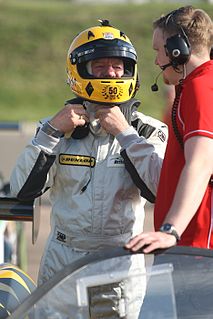 William Michael "Mike" Wilds is a British racing driver from England. He participated in eight Formula One World Championship Grands Prix, debuting on 20 July 1974. He scored no championship points.

Maria Grazia "Lella" Lombardi was a racing driver from Italy. 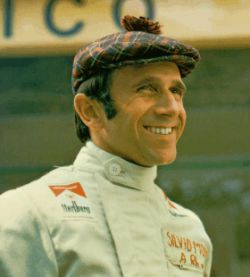 Silvio Moser was a racing driver from Switzerland. 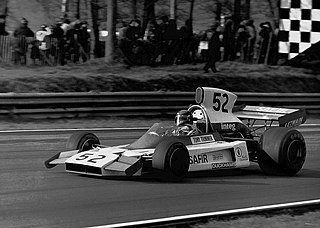 Michael Ammermüller is a racing driver from Germany. He has competed in various formulae as well as acting as test and reserve driver for the Red Bull Formula One team. He has also represented Germany in the A1 Grand Prix series. 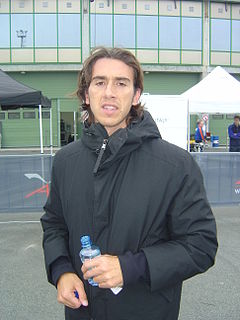 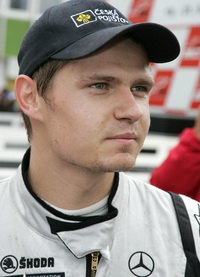 Mario Alborghetti was an Italian motor racing driver who raced in Formula One for the Volpini-Arzani team. He was killed in an accident during his Grand Prix debut.