Born and raised in St. Louis, Missouri, he officially covered the St. Louis Cardinals for forty years. He graduated from Cleveland High School (Class of '36) and the University of Missouri before entering the United States Marines. He served in Washington as a result of an eye injury suffered at birth.

After the war, Broeg joined the St. Louis Post-Dispatch . He was privy to many important events in baseball history. Broeg was partially responsible for the famous picture of Eddie Gaedel at the plate in 1951. He told the photographer to stay at the game until Gaedel came to the plate and the picture was taken.

Later, he helped Bob Gibson win the 1967 World Series. Gibson was unable to get breakfast at the Cardinals' hotel in Boston, so Broeg delivered a ham and egg sandwich to the star right-hander. Gibson pitched a complete game and carried his team to victory.

Among other things, Broeg is known for coining the nickname "Stan the Man" for Cardinal baseball player Stan Musial, championing the Hall of Fame causes of Cardinals Red Schoendienst, Enos Slaughter and Chick Hafey and helping to devise, and successfully push for the first pension plan for veteran major-league players.

Broeg was named to the board of directors of the Baseball Hall of Fame in 1972, a position he held for 28 years. He was also a longtime member of the Committee on Baseball Veterans. His knowledge was reported to be encyclopedic, even into his 80s. His willingness to share that knowledge with everyone from colleagues and loyal readers to complete strangers at the ballpark or on the street endeared him to fans spanning multiple generations. He penned his last column in 2004.

The St. Louis chapter of the Society for American Baseball Research is named for Bob Broeg. He was awarded the J. G. Taylor Spink Award in 1979. He was elected to the National Sportscasters and Sportswriters Hall of Fame in 1997.

Broeg said he wished his epitaph to read, "Hopefully, he was fair, as in just, not as in mediocre." Appropriately, Bob Broeg died five hours after the final game of the 2005 World Series. He was 87. 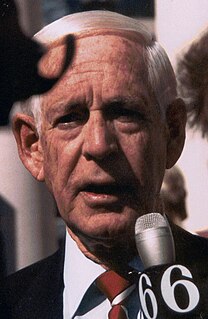 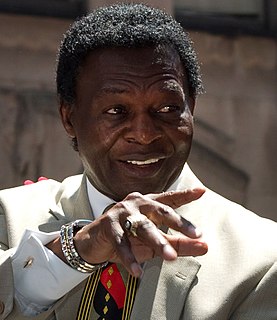 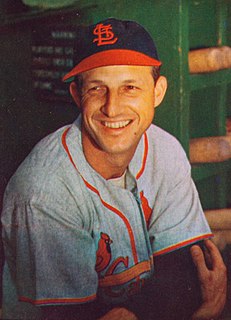 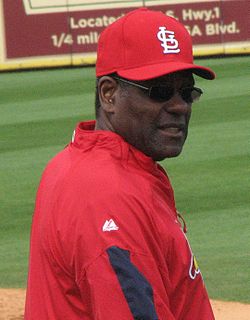 Robert Gibson was an American professional baseball pitcher who played 17 seasons in Major League Baseball (MLB) for the St. Louis Cardinals (1959–1975). Nicknamed "Gibby" and "Hoot", Gibson tallied 251 wins, 3,117 strikeouts, and a 2.91 earned run average (ERA) during his career. A nine-time All-Star and two-time World Series champion, he won two Cy Young Awards and the 1968 National League (NL) Most Valuable Player (MVP) Award. Known for a fiercely competitive nature and for intimidating opposing batters, he was elected in 1981 to the Baseball Hall of Fame in his first year of eligibility. The Cardinals retired his uniform number 45 in September 1975 and inducted him into the team Hall of Fame in 2014. 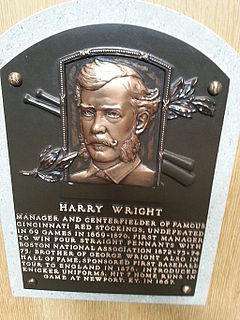 Edward Carl Gaedel was the smallest player to appear in a Major League Baseball game. 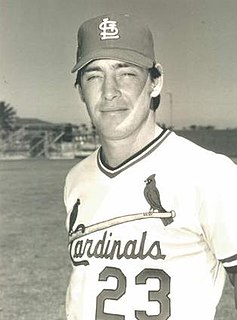 Ted Lyle Simmons is an American former professional baseball player and coach. A switch-hitter, Simmons was a catcher for most of his Major League Baseball (MLB) career with the St. Louis Cardinals (1968–1980), the Milwaukee Brewers (1981–1985) and the Atlanta Braves (1986–1988). Although he was often overshadowed by his contemporary, Johnny Bench, Simmons is considered one of the best hitting catchers in MLB history. While he did not possess Bench's power hitting ability, he hit for a higher batting average. 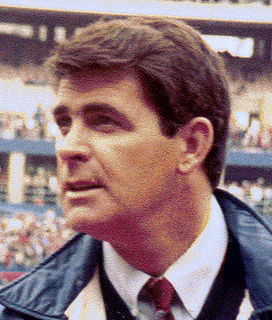 Bob Carpenter is a long-time sportscaster and current television play-by-play announcer for Major League Baseball's Washington Nationals on MASN. Carpenter was born in St. Louis, Missouri and graduated from William Cullen McBride High School. He attended the University of Missouri-St. Louis, and later graduated with honors from the University of Missouri-Kansas City with a bachelors degree in Radio-TV-Film. 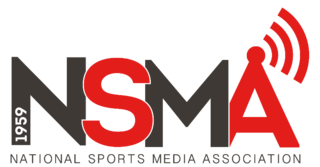 Robert Garnett "Buddy" Blattner, was an American table tennis and professional baseball player. He played five seasons in Major League Baseball (MLB), primarily for the New York Giants. After his retirement as a player, he became a radio and television sportscaster. 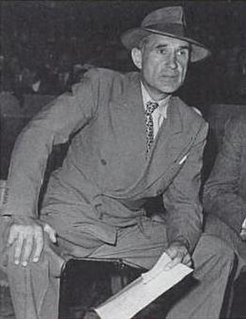 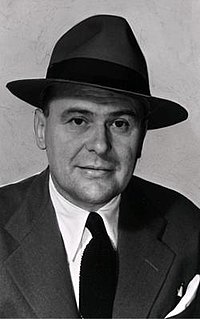 The St. Louis Cardinals, a professional baseball franchise based in St. Louis, Missouri, compete in the National League (NL) of Major League Baseball (MLB). After decades of early futility in the National League, St. Louis baseball encountered a renaissance with 11 World Series titles and 18 National League pennants since 1926. Sam Breadon's purchase of the majority stake in the club in 1920 spurred this revival; he then assumed the role as team president and assigned the young, enterprising Branch Rickey as his business manager, functioning as a prototype of today's general manager. In his tenure as owner until 1947, Breadon's Cardinals won nine NL pennants and six World Series titles. During this era in Cardinals franchise history, they also totaled 2,898 wins and 2,171 losses in the regular season for a .572 winning percentage.