Folwell was born in the Mullica Hill section of Harrison Township, New Jersey in 1885. [1] He attended Haverford Grammar School, where he made prep football All-American. He married Elizabeth Pennock in 1913 and had three sons: Robert III, George P. and William Nathan. [1] He attended the University of Pennsylvania, where he set several school football records that stand to this day. [2] [3] He also starred as a wrestler. He won the Intercollegiate Wrestling Association's 175-pound title in 1907.

After hearing rumors that Folwell was unhappy at Lafayette, Robert "Mother" Murphy personally recruited him to coach for Washington & Jefferson College, where he coached from 1912 to 1915 and post a 36–5–3 record and was named coach of the year in 1913. [1] [4]

In Folwell's first season, Washington & Jefferson held the legendary scorer Jim Thorpe and the Carlisle Indians to a scoreless tie. In 1913, the team posted a 10–0–1 record and were the highest scoring team in the nation. That season featured a scoreless tie of Yale, a 100–0 defeat of Grove City College, and a 17–0 victory over Penn State that broke the Nittany Lions' 19-game winning streak, earning the entire school a day off to celebrate. Sportswriter Walter S. Trumbull of The New York Sun suggested that the Michigan Aggies, Washington & Jefferson, Chicago University, and Notre Dame were the new "Big 4 of College Football" instead of the traditional grouping of Princeton, Yale, Harvard, and Penn. [5] Folwell's 1914 squad lost at Harvard in front of 15,000 fans by a score of 10–9. [5] If not for an errant kick that hit the crossbar, W&J would have won the same and at least a share of the mythical national championship. [5] That squad saved face by becoming only the seventh team to ever defeat Yale, with a decisive 13–7 victory. [5] The game received national press coverage, and the team received a personal note of congratulations by Theodore Roosevelt. [5]

Folwell was the 17th head football coach at the United States Naval Academy and he held that position for five seasons, from 1920 until 1924. His coaching record with Navy was 24–12–3.

Folwell was the first head coach for the New York Giants of the National Football League (NFL), in 1925. The following season he took the same position for the Philadelphia Quakers of the first American Football League and led the team to the championship of the short-lived league. He coached the Atlantic City Roses of the Eastern League of Professional Football in 1927, but was forced to retire to his farm in New Jersey after one season. [1] A hip infection, which began while he was coaching the Philadelphia Quakers, worsened, forcing him to walk with a cane. [1] In January 1928, he had a hip operation at Jefferson Hospital in Philadelphia. [1] The surgery was initially successful, but he took a turn for the worse and died January 8, 1928. [1]

Charles Ash "Pie" Way was an American football player and coach. He played college football at Pennsylvania State University, where was a consensus selection to 1920 College Football All-America Team as a halfback. 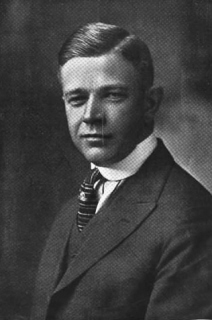 Richard E. Anderson is a former American football player and coach. He served as the head football coach at Rutgers University from 1984 to 1989, compiling a record of 28–33–4. His highlight victory during that span was 21–16 win over Penn State in 1988—Rutgers' first win over the Nittany Lions in 70 years. He played college football at Penn State, and served there as an assistant football coach for many years under Joe Paterno.

The 1922 Rose Bowl was a college football bowl game played on January 2, 1922, between the Washington & Jefferson Presidents (W&J) and the California Golden Bears. It holds several distinctions including being the only scoreless Rose Bowl Game, the first tie in a Rose Bowl, the first African-American quarterback to play in the Rose Bowl, the first freshman to play in a Rose Bowl, and Hal Erickson (W&J) became the only man ever to play in two Rose Bowls, with two teams, without losing. It was also the last to be played at Tournament Park and to be officially known as the Tournament East-West Football Game, and with only 450 students at the time, Washington & Jefferson College was the smallest school to ever play in a Rose Bowl. 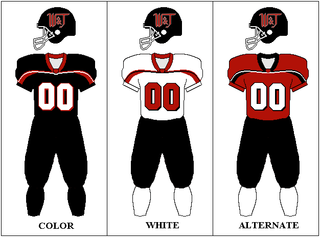 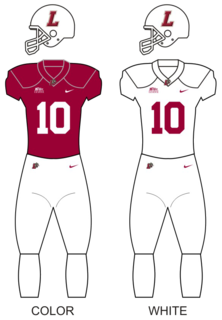 American football in Western Pennsylvania, featuring the city of Pittsburgh and surrounding areas, has had a long and storied history, dating back to the early days of the sport. All levels of football, including high school football and college football, are followed passionately, and the area's National Football League (NFL) team, the Pittsburgh Steelers, is consistently one of the sport's most popular teams. Many of the NFL's top stars have come from the region as well, especially those that play quarterback, earning Western Pennsylvania the nickname "Cradle of Quarterbacks".

The 1906 Penn Quakers football team represented the University of Pennsylvania in the 1906 college football season. The Quakers finished with a 7–2–3 record in their fifth year under head coach Carl S. Williams. Significant games included a 24 to 6 loss to the Carlisle Indians, a 17 to 0 victory over Michigan, and a scoreless tie with Cornell The 1906 Penn team outscored its opponents by a combined total of 186 to 58.

The 1893 Penn Quakers football team represented the University of Pennsylvania in the 1893 college football season. The Quakers finished with a 12–3 record in their second year under head coach and College Football Hall of Fame inductee, George Washington Woodruff. Significant games included victories over Navy (34–0), Penn State (18–6), Lafayette (82–0), and Cornell (50–0), and losses to national champion Princeton (4–0), Yale (14–6), and Harvard (26–4). The 1893 Penn team outscored its opponents by a combined total of 484 to 62. No Penn players were honored on the 1893 College Football All-America Team, as all such honors went to players on the Princeton, Harvard and Yale teams.

The 1919 Penn Quakers football team was an American football team that represented the University of Pennsylvania as an independent during the 1919 college football season. In their fourth season under head coach Bob Folwell, the Quakers compiled a 6–2–1 record, shut out five of nine opponents, and outscored all opponents by a total of 283 to 40. The team played its home games at Franklin Field in Philadelphia.

The 1952 Penn Quakers football team represented the University of Pennsylvania during the 1952 college football season. In George Munger's 14th season as head coach, the Quakers compiled a 4–3–1 record, and outscored their opponents 122 to 107. They achieved a 1–0–1 record against ranked teams, knocking off top-ten Princeton and tying a Notre Dame team that would finish ranked third nationally.

The 1974 Penn Quakers football team was an American football team that represented the University of Pennsylvania during the 1974 NCAA Division I football season. Penn finished third in the Ivy League.