Robert Rondinelli (born July 27, 1955) is a rock drummer best known for his work with the hard rock/heavy metal bands Blue Öyster Cult, Rainbow, Quiet Riot, Black Sabbath, The Lizards, The Handful, and Rondinelli. In July 2013, Rondinelli was announced as the new drummer for the Axel Rudi Pell band, replacing previous drummer Mike Terrana. [1] Rondinelli has played on subsequent albums and tours, and remains with the band at time of writing (February 2016).

Rondinelli plays on a standard size Ludwig set that usually comprises a bass, snare, rack tom, and two floor toms, though he may periodically slightly alter his setup depending on the artist he is playing with and the venue.

The ride cymbal is a standard cymbal in most drum kits. It maintains a steady rhythmic pattern, sometimes called a ride pattern, rather than the accent of a crash. It is normally placed on the extreme right of a drum set, above the floor tom. 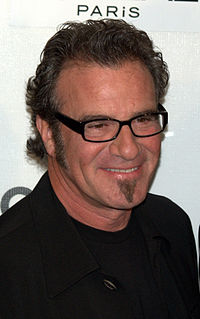 Paiste is a Swiss musical instrument manufacturing company. It is the world's third largest manufacturer of cymbals, gongs, and metal percussion. Paiste is an Estonian and Finnish word that means "shine".

Jason McGerr is an American musician, best known as the drummer for the band Death Cab for Cutie. 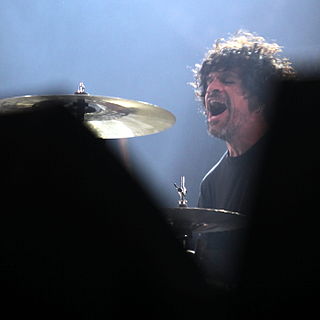 Dave Mackintosh is a Scottish drummer, best known as the former drummer for the power metal band DragonForce. Mackintosh also appeared on The Power Cosmic and Atlantis Ascendant albums, by the symphonic black metal band, Bal-Sagoth.

Axel Rudi Pell is a German heavy metal guitar player. He commenced his musical career with Steeler (1984–88) before leaving in 1988 for a solo career. During this time, he has played with such drummers as Jörg Michael and Mike Terrana, and singers Charlie Huhn, Johnny Gioeli of Hardline, Jeff Scott Soto, and Rob Rock. Gioeli remains the longest surviving vocalist of the band, having joined the group since 1998 on the album Oceans of Time, Gioeli's first musical appearance since the 1992 Hardline album Double Eclipse.

James Patrick Keeler is an American rock music drummer from Cincinnati, who best known for playing in The Greenhornes, The Raconteurs, and The Afghan Whigs. He plays with both traditional and matched grips. 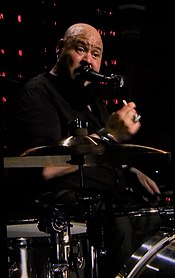 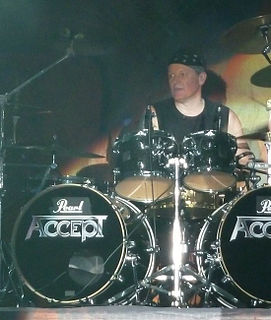 Stefan Schwarzmann is a German drummer who has recorded for Accept, U.D.O., Running Wild, X-Wild, Krokus and Helloween. Schwarzmann joined Helloween as a replacement for departing drummer Mark Cross in 2003. Although Stefan got on well with the members of the band, he had other musical preferences. As a result, he chose to leave Helloween after the Rabbits on the Run Tour in early 2005.

Alicia Warrington is an American drummer. She has played drums for Kate Nash, Kelly Osbourne, Lillix, Hannah Montana, Uh Huh Her, Gore Gore Girls, Dawn Robinson, The All-Girl Boys Choir, The Dollyrots, The Bruises, Tracy Chapman, Selena Gomez, Colton Dixon, Chris Rene and others. In December 2018, Alicia signed for American professional wrestling company WWE and started working for their NXT brand, as the host of the post-show. As of the April 25, 2019, episode of the NXT show on WWE Network, she is the show's ring announcer, replacing Kayla Braxton, who moved up to an interviewer position on SmackDown. 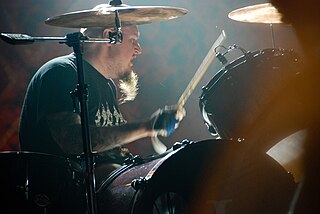 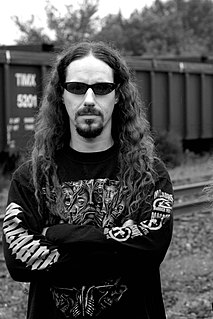 Anthony Joseph Palermo is the current drummer of Californian rock band Papa Roach and is the former drummer of punk rock bands Pulley and Unwritten Law. He was also a touring drummer for Sixx:A.M. in summer 2008.

Linda Pitmon is an American drummer known for her work with the supergroups The Baseball Project and the Filthy Friends.