Boboye is a department of the Dosso Region in Niger. Its capital lies at the city of Birni N'Gaouré. As of 2011, the department had a total population of 372,904 people. [1]

Dosso is an administrative Region of the Republic of Niger. The region has an area of 31,002 square kilometres (11,970 sq mi) with a population of 2,078,339 in 2011 based projections by the National Institute of Statistics. 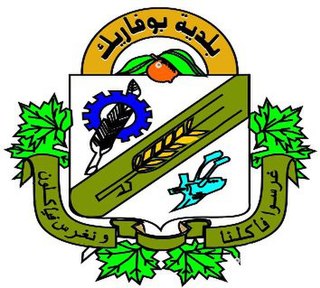 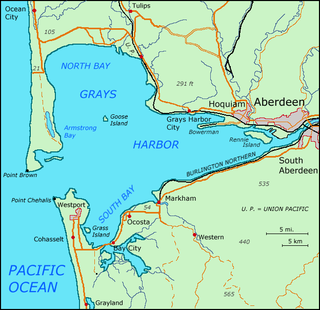 Grays Harbor is an estuarine bay located 45 miles (72 km) north of the mouth of the Columbia River, on the southwest Pacific coast of Washington state, in the United States of America. It is a ria, which formed at the end of the last ice age, when sea levels flooded the Chehalis River. The bay is 17 miles (27 km) long and 12 miles (19 km) wide. The Chehalis River flows into its eastern end, where the city of Aberdeen stands at that river's mouth, on its north bank, with the somewhat smaller city of Hoquiam immediately to its northwest, along the bayshore. Besides the Chehalis, many lesser rivers and streams flow into Grays Harbor, such as Hoquiam River and Humptulips River. A pair of low peninsulas separate it from the Pacific Ocean, except for an opening about two miles (3 km) in width. The northern peninsula, which is largely covered by the community of Ocean Shores, ends in Point Brown. Facing that across the bay-mouth is Point Chehalis, at the end of the southern peninsula upon which stands the town of Westport.

San Miguel is a town and municipality located in the Putumayo Department, Republic of Colombia. 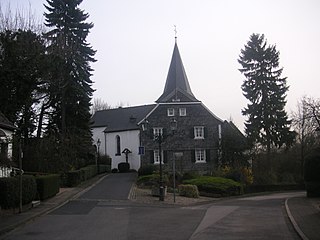 Hubbelrath is an urban bourough of Düsseldorf. It borders to Gerresheim, Mettmann, Erkrath and Ratingen.

Boufarik is a district in Blida Province, Algeria. It was named after its capital, Boufarik. 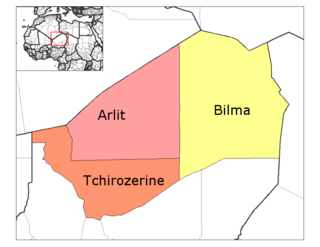 Bilma is a department of the Agadez Region in Niger. Its capital lies at the city of Bilma. As of 2012, the department had a total population of 17,935 people.

Kopiec is a village in the administrative district of Gmina Annopol, within Kraśnik County, Lublin Voivodeship, in eastern Poland. It lies approximately 4 kilometres (2 mi) north-west of Annopol, 27 km (17 mi) west of Kraśnik, and 64 km (40 mi) south-west of the regional capital Lublin.

Poladlı is a village in the Agdam Rayon of Azerbaijan.

Seyidlər is a village in the Kalbajar Rayon of Azerbaijan.

Helenów is a village in the administrative district of Gmina Krasne, within Przasnysz County, Masovian Voivodeship, in east-central Poland. It lies approximately 13 kilometres (8 mi) south of Przasnysz and 78 km (48 mi) north of Warsaw.

Chrapoń is a village in the administrative district of Gmina Siemiątkowo, within Żuromin County, Masovian Voivodeship, in east-central Poland. It lies approximately 4 kilometres (2 mi) north of Siemiątkowo, 20 km (12 mi) south-east of Żuromin, and 101 km (63 mi) north-west of Warsaw.

Szwejkówko is a village in the administrative district of Gmina Orzysz, within Pisz County, Warmian-Masurian Voivodeship, in northern Poland. It lies approximately 4 kilometres (2 mi) south-west of Orzysz, 20 km (12 mi) north of Pisz, and 93 km (58 mi) east of the regional capital Olsztyn.

Tarnówko is a village in the administrative district of Gmina Goleniów, within Goleniów County, West Pomeranian Voivodeship, in north-western Poland. It lies approximately 8 kilometres (5 mi) south-east of Goleniów and 24 km (15 mi) north-east of the regional capital Szczecin.

Tudulinna is a small borough in Ida-Viru County in Alutaguse Parish in northeastern Estonia. It was the administrative centre of Tudulinna Parish. As of 2011 Census, the settlement's population was 220.

Dworek Jana Matejki w Krzesławicach is a museum in Kraków, Poland. It was established in 1965 in Krzesławice, Lesser Poland Voivodeship.

Marsa Ben M'Hidi is a town and commune in Tlemcen Province in northwestern Algeria.

Güzeloluk Mosque is a 19th-century mosque in Güzeloluk village of Mersin Province, Turkey