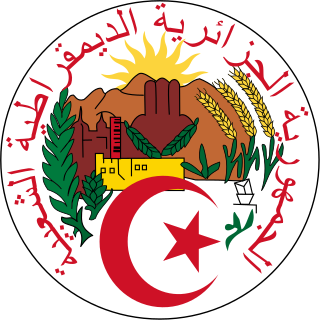 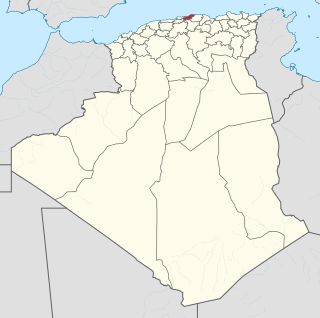 Algeria is divided into 48 wilayas (provinces) and 1541 baladiyahs. The capital city of a baladiyah, daïra, or province always gives those entities their name, even Algiers, the capital of the country gave it its name.

The district is further divided into 5 municipalities: 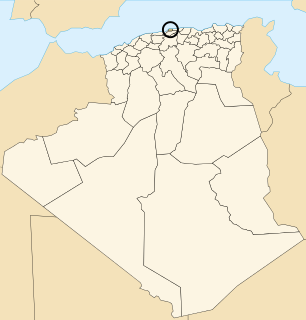 Dar El Beïda is a district in Algiers Province, Algeria. It was named after its capital, Dar El Beïda.

Farouk Belkaïd is an Algerian football player who is currently playing for RC Arbaâ in the Algerian Ligue Professionnelle 1.

Bachir Boudjelid is an Algerian footballer. He currently plays as a forward for JS Kabylie in the Algerian league. 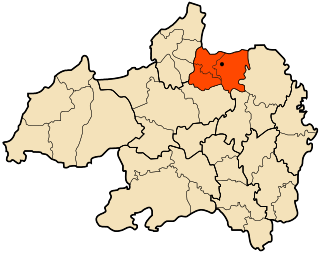 Bordj Okhriss District is a district of Bouïra Province, Algeria. 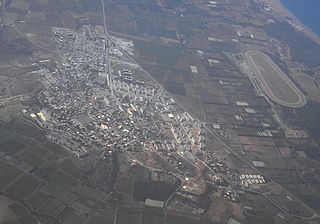 The 1984–85 Algerian Cup is the 23rd edition of the Algerian Cup. MP Oran are the defending champions, having beaten JH Djazaïr 2–1 in the previous season's final.

The 1986–87 Algerian Cup is the 25th edition of the Algerian Cup. JE Tizi Ouzou are the defending champions, having beaten WKF Collo 1–0 in the previous season's final.

In the 1989–90 season, USM Alger is competing in the National for the 19th time, It is their 3rd consecutive season in the top flight of Algerian football. No Algerian Cup this season.